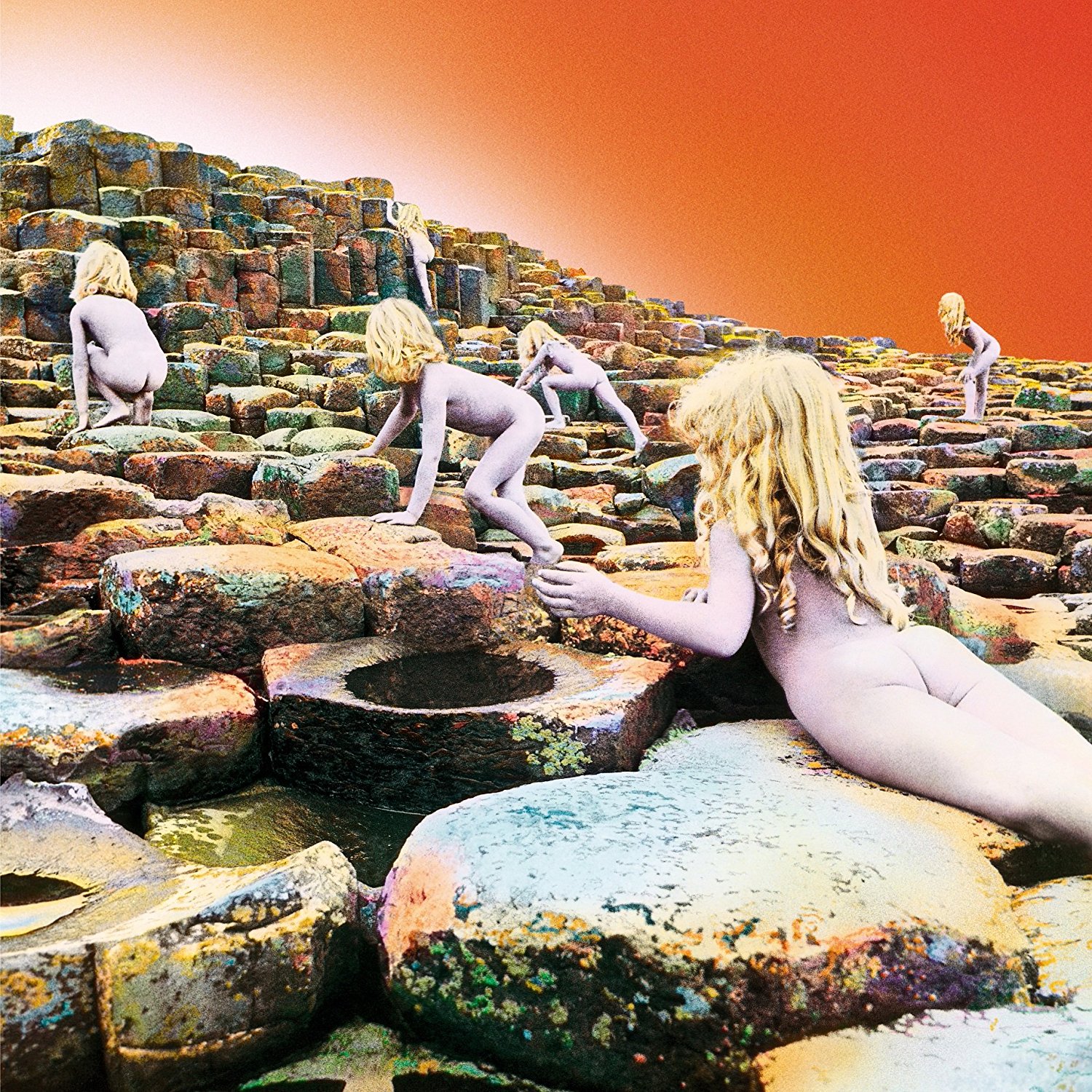 Many know that the group of Plant, Page, Jones and Bonham took their name from a famous cliche often spouted by the Who’s Keith Moon, “going over like a lead zeppelin.” But the band did everything but. Manager Peter Grant made sure the band took calculated step after calculated step to become one of the biggest rock bands in history, and a thing of myth and legend. After four eponymous and numbered albums, the mighty Zep finally put a real title to one of their outings, the fifth long player, and its last on Atlantic, Houses of the Holy. The album would act as both a natural extension of one of the biggest selling albums of all time, its predecessor of the four runes, and as a springboard for experimentation. One can argue that IV was their artistic peak, but after Houses of the Holy, their American tour broke sales records set by none other than the Beatles.

One can rarely write about albums of the seventies without dropping the name Hipgnosis. The duo of Storm Thorgerson (how’s that for a rock `n’ roll sounding name?) and Aubrey Powell designed the record sleeves for some of the best album covers of the decade and beyond. Pink Floyd, Peter Gabriel, Wings, 10cc and T. Rex all employed the graphic artists, and yes, so did Zeppelin for the famous “naked pink children climbing the stone temple” on the cover of Houses of the Holy. Album cover art aside, the band’s reputation also added to their mystique, still having nothing to do with the music. Peter Grant often found himself putting out fires, sometimes literally, set by the band, now famous for trashing hotel rooms and the like. Cameron Crowe, who used the band, along with the Allmann Brothers and the Eagles, as a blueprint for Almost Famous‘ Stillwater, tells a great story about Grant introducing himself to Bob Dylan who replies, “I don’t come to you with my problems, do I?”

Houses of the Holy begins with the layered tracks of the guitar odyssey of Jimmy Page, transforming into the dreamy lyrics of Plant in the now famously titled, “The Song Remains the Same.” (Later, a tribute album would be cheekily called The Song Retains the Name). Hardcore fans were at first thrown by the “jamming” quality of the song and album, but even the band itself said they were probably a year ahead of everything else. “The Rain Song,” a slow acoustic number follows, and then comes the easily recognizable and classic Zeppelin song, “Over the Hills and Far Away.” The song is vintage Zep in both music and lyrics, beginning with Plant cooing, “Hey lady, you got the love I need” with Plant and Jones then kicking in with the blues rock at a minute-and-a-half in. “The Crunge” is the only song from Houses of the Holy that doesn’t appear on their later-released box set and it’s mostly because fans either love or hate it. Meant as a tribute to James Brown, Page says that the band initially wanted to include the dance steps to the song on the sleeve.

Another musical experiment, the reggae influenced “D’yer Mak’er” was another story altogether. The song reached #20 on the US charts and is now familiar to millions. Unlike any other Zep song before it, it was slow to catch on with loyal listeners, but eventually found its way to heavy rotation on the radio. “Oh-oh-oh-oh-oh-oh, you don’t have to go-oh, oh-oh-oh-oh” is not necessarily the first lyric that comes to mind when thinking of Led Zeppelin, but upon hearing it, is immediately synonymous with the band. “No Quarter” presents another strange vocal and keyboard odyssey as in the opener, this time seven minutes long. Page’s fuzzed out guitars are vastly different than his blues riffs, but just as influential. Finally, Beastie Boys fans are sure to recognize the opening riff to “The Ocean,” a song supposedly dedicated to the “seas” of fans who come to their concerts, played in arenas that they called, you guessed it, “Houses of the Holy.” Plant’s cartoony high voice in the song only adds to the experience, which ends up to be another playground for Page’s brilliant riffing. The harmonized vocals that separate the song are a strange and beautiful interruption, but only make the reemergence of the guitar that much more explosive.

Houses of the Holy is one of five Zep albums that made Rolling Stone‘s 500 Greatest Albums list. Only the third album, and the last three didn’t make the cut. (Huh? III has “Immigrant Song” and “Tangerine”!) And while it may have placed fifth out of the five, it still contains some of the group’s best tracks, most famous riffs, and exploration into other realms of rock, not to mention having one of the best album covers of all time. In two more years time, Led Zeppelin would go on to make Physical Graffiti, and upon its release, all six of Zep’s albums would appear on the top 200 albums chart at the same time, which had never happened before with any band. I think that people tend to forget just how big Led Zeppelin really was, sometimes remembering only “Stairway to Heaven,” now played almost in jest when appropriate. But whenever I put on any one of their albums, especially the “tight but loose epic,” as Cameron Crowe calls it, I know that “Dancing Days” are here again. 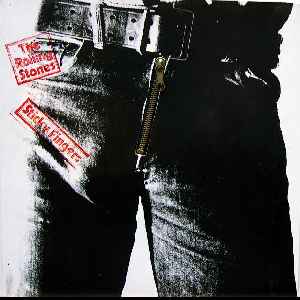 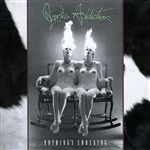