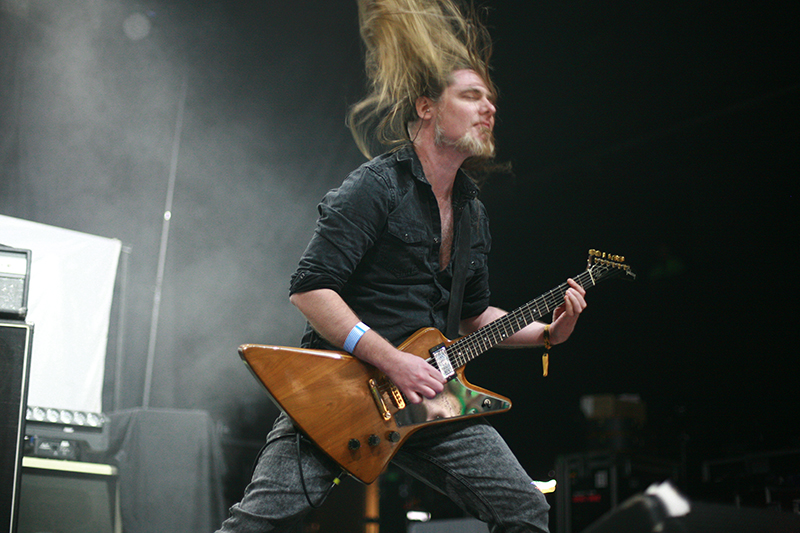 We’re 11 months into a life without live music, and you know what? It sucks. It really sucks. I should probably use this space to be positive, and I will, but for now I feel the need to vent. Not to place the blame on anyone (though I see you anti-maskers, and I judge you), not to dive into stats or numbers or the rate of Covid vaccinations or anything like that, just to air my grievances about what is essentially just a really big bummer.

Last year, at the end of March when everything was shut down, I downplayed things a little: “And honestly, it’s not that big of a deal. It’s better to be safe, to minimize people’s risk of infection, and wait just a little longer to see some live music.” I still firmly believe that—I’d rather be safe and prevent causing harm to others. The fact that not enough people are taking this thing seriously is how we end up with nearly half a million deaths, which is tragic and inexcusable. I’d much rather wait to do all the things I’ve been waiting to do in order to prevent any further damage.

But it still sucks, and I’m still hoping that, as a country, we can get our shit together sooner rather than later. Because while there’s a lot of things I can give or take about our society under “normal” circumstances, not seeing live music is the one that hurts the most. I recently interviewed Mogwai’s Stuart Braithwaite, and he put it better than I could: “[I]t kind of feels like missing a limb or something…Not just playing music—going to see music. I live in the city, and I see several bands a week, normally. It’s part of my life, it’s where I see most of my friends, and so I haven’t seen them in a long time because I see them at shows.”

Live shows are where I see friends, some I might not have talked to in months, but where there’s always a hug and a high five and a round of beers when we get caught up. It’s a community that hasn’t been totally cut off—we’ve got social media at least—but it’s not the same. There’s something about being in the same room with your favorite people, having your face blown off by an amazing band that can’t be replicated or even matched emotionally by any other experience. And sometimes, even among strangers, hilarious and heartening things can happen, like the spontaneous “Sabbath Bloody Sabbath” singalong that happened at a Pallbearer show a few years ago.

I used to keep track of all the shows I’d see in a year, to see how I’d stack up against NPR’s Bob Boilen, and I’d always come up wayyyy short, even though he’s older than me and has kids. But I would always strive to see more, hear more, to get a better taste of the musical landscape by experiencing it firsthand. Now that list has gone from about a hundred bands down to zero. I am, however, mentally keeping a list of all the bands I want to see once this is all over. I’ll spare you the details and just say it’s pretty much all the bands.

While I’m definitely frustrated by all this—missing friends, missing the thrill of seeing an amazing band live, hell, even the stale beer smell—there is reason to be optimistic. Live music is back in New Zealand. Six60 recently held a 20,000-person stadium show there, and other bands, including Crowded House, are doing actual tours in New Zealand. It’s a small country, and arguably easier to get things under control than in the states. But it’s also proof of the good things that can happen when everyone just chills the fuck out and does the right thing. We need to work on that.

Live music will come back—even Dr. Anthony Fauci says so—but for the time being I’m missing it something fierce. In the meantime I’ll just keep listening to as much music as I can, and I personally plan to make it through my entire record collection in 2021. (I’m at about 20 percent before February’s even over.) If live music comes back before I finish, well, I’m happy to take a pause.

The Best Metal Tracks of February 2021

I can’t help but find something kind of hilarious about Minsk’s Eximperitus. Not because of the roaring technical death metal they play, which is churning, tense, taut and cinematic. No, it’s because they seem to have intentionally chosen a name and song titles that will almost certainly break iTunes. Their full name (clears throat) is Eximperituserqethhzebibšiptugakkathšulweliarzaxułum. And every track on their 2016 debut, whose name is a paragraph itself, has a name too long to fit on your phone’s screen. Absolutely absurd, but then again Sumac and Keiji Haino did something along those lines a couple years ago, so it’s not like I can get too worked up about it. Thankfully all the tracks on new album Šahrartu are single words, which makes things a bit easier. But if it’s a gimmick to get noticed, well I definitely noticed! And by god this is stunning, even beautiful, even when it tears ass.

From Šahrartu, out now via Willowtip

Dequisitor – “Below the Frozen Tundra”

You have to appreciate a band whose statement about their new album is as basic as “6 tracks of death metal.” Yep, that’s exactly what Dequisitor’s new album is, and the Danish band’s take on death metal is particularly reverent to a raw, old-school sensibility. It’s not as if that’s been in short supply in recent years, with Death, Morbid Angel and Autopsy worship seemingly at an all-time high these days. But there’s a guttural, almost doomy undercurrent to the toxic plumes of distortion in this song that seem to cloud even the sharpest edges of their riffs. “Below the Frozen Tundra,” continuing what seems to be an overarching 2021 theme of ice-based menace (little too real, guys), feels like a return to that first, chaotic and confusing listen to death metal in its golden age—intense, nasty and exciting as hell.

From Humanoid, out now via Dark Descent

After four years, it felt like we were due for a new Wode album. The UK group’s 2016 self-titled debut and 2017 follow-up Servants of the Countercosmos presented them as one of the most thrilling metal bands in recent years, balancing black metal’s supernatural hiss with a beefier, burlier approach that proved they were packing some creatine beneath the wispy cloaks. Now, four years later, like clockwork they’ve arrived with something worth getting excited over. “Vanish Beneath” is less a black metal song, more a crunchy gothic metal stomp in the vein of Cloak or Tribulation, but with just a bit more ghoulish harshness in the delivery. The hooks on this song are big—not necessarily a surprise, but certainly reassuring—and they’re bolstered by thick, impenetrable walls of guitar. At times this menacing anthem is simply heavy metal, full stop, and any band that’s willing to get hell bent for leather so readily is OK in my book. Truthfully this could have sounded like just about anything and I could have justified the endorsement, but thankfully Wode did the work for me.

From Burn in Many Mirrors, out April 2 via 20 Buck Spin

Look, Mare Cognitum have earned at least a year off. Their split album with Spectral Lore, Wanderers, comprised 90 minutes of epic black metal surrounding astronomic mythos. Frankly, that kind of thing seems like it’d be pretty draining. But then again, it was released pre-pandemic, and what have any of us been doing with our time since, right? So naturally Mare Cognitum returns with a new full-length, and it, too, sounds colossal. I’m not sure they’re capable of anything less, but the first track, “Antaresian,” is a strong indication that they’re still reaching beyond the terrestrial and the familiar. At well over 11 minutes, it’s a journey, if one that still bears all the hallmarks of a typical black metal song: unintelligible vocals, blast beats, tremolo riffs, etc. And yet it’s so much more than the sum of its parts, soaring mightily toward the upper reaches of the stratosphere. Black metal is often at its best when it yearns to leave the dungeon, but Mare Cognitum is one of the few acts that dare to send it to the heavens.

From Solar Paroxysm, out March 19 via I, Voidhanger

That San Diego’s Putrescine have a release titled Reek of Putrescine reveals their reverence to death metal greats Carcass, but that’s probably not the first band that comes to mind when hearing “Devourer of Gods.” Where that band built towering anthems of melody and majesty with the tools of death metal, Putrescine go for a darker, more guttural and menacing approach that channels the apparitions once conjured in Morbid Angel’s chapel of ghouls. Where death metal is too often paired with descriptors that serve to specify the exact tempo, tuning and production budget of an album, Putrescine are simply death metal, in that they capture the ominous aura of death metal while sticking to the basics: raw power, killer riffs and atmosphere that’ll send chills down your spine. Yes, that’ll do nicely.

From The Fading Flame, out March 26 via Tridroid

Genghis Tron are back! I surprised myself with how excited I was about the electro-mathcore band’s unexpected return, but I am. Absolutely. Maybe it’s because in the years since their last album, 2008’s Board Up the House, my interest in maximalist everythingcore has gone way up, or maybe it’s just because there’s something symbolic in a band reappearing during an era when good news is in short supply, but I’m stoked. And “Dream Weapon” is all the reason anyone needs to share that opinion. The more explicitly “metal” of the two songs from their upcoming third album they’ve released so far, with the other being a 10-minutes long, slow-building shoegaze/post-rock track with lots of gorgeous layers and subtle tension. However, this shorter, heavier track has all of that as well—Genghis Tron aren’t quite the band that you might remember, if the band you remember was the one that made explosive bursts of rhythmically complex and technologically enhanced metalcore. This is almost a Deftones song in the way it balances power and beauty, density and lightness. I get the feeling there’s some hair-splitting to be had about this, but like I said last month, I kind of don’t care about any of that. If it’s an amazing track that feels metal, then it’s good enough for me.

From Dream Weapon, out March 26 via Relapse

On the note of great songs that may or may not be metal, the latest single from The Armed has been on repeat. To me it sounds more like a super intense, distorted and ass-kicking power pop song, but who even knows. They’re the future of hardcore.