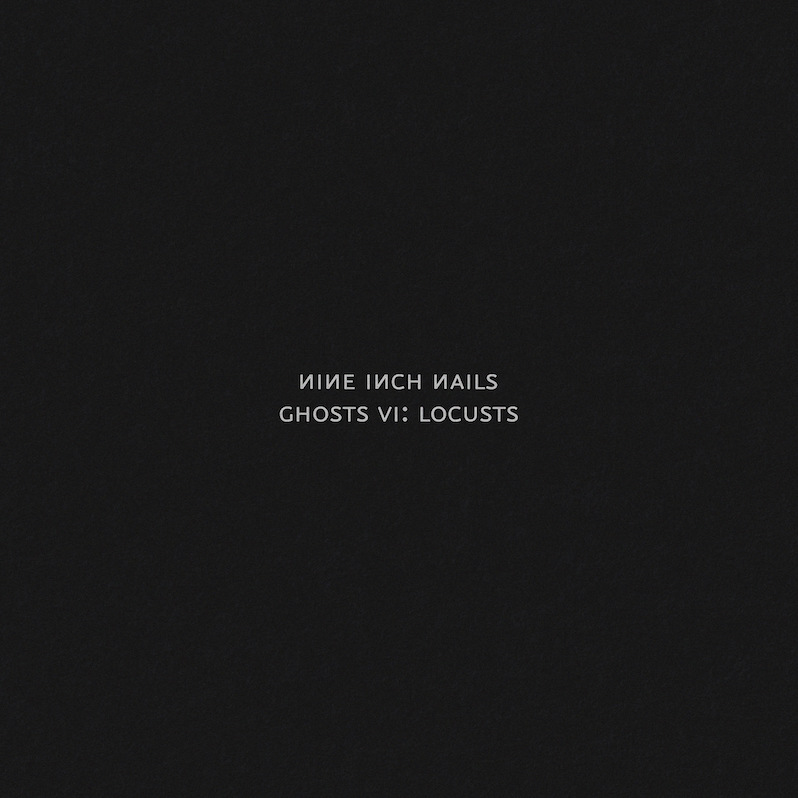 I don’t think anyone was expecting this. Not a surprise release, which is technically always a surprise if PR is tight-lipped enough (which it isn’t always), or even a surprise release from Nine Inch Nails, who have built quite the reputation for it. I mean specifically that the new release from Nine Inch Nails would be not one but two albums, both of which are continuations of the Ghosts set most recently brought back to attention for one of its songs being sampled as the basis for the beat for Lil Nas X’s “Old Town Road“, an absolute all-time pop banger fusion of progressive industrial music, country, hip-hop and R&B.

It’s not even just unexpected because both Ghosts V: Together and Ghosts VI: Locusts act as extensions to older projects. In fairness, there were hints; six years ago, shortly after Nine Inch Nails properly returned, we got Recoiled, a set of remixes of The Downward Spiral-era material from legendary industrial/experimental artist Coil that had been produced but never released some years earlier, indicating that reevaluation of older projects was on the table. But then, everything regarding this possible direction went silent. Trent Reznor issued remasters and vinyl pressings of the era from Broken up to The Fragile, for many the peak of Nine Inch Nails material, but this was par for the course for any band with records released before the resurgence of vinyl, so we tend to think nothing of it. Combined with the attention that NIN gave to their trilogy of records that followed, all phenomenal and future-oriented in their own right, plus core members Trent Reznor and Atticus Ross’ increasingly superlative careers as scorers for film and television, and previous hints that this type of project might surface felt like they could be easily and confidently triaged away.

Additionally surprising is how little both Together and Locusts sound like their brethren on the first four installments of the Ghosts series. That record was essentially 36 sketches—loose, unfinished doodles put to tape with tremendous care and effort but not expanded into full-blown material. It made sense that they were released for free in a way. The last real Nine Inch Nails record in many ways was Year Zero, with its complex ARG and alternate present concept and accompanying soundtrack and concert films chronicling the (then) last ever tour of the group. Its follow-up, The Slip, was released for free with a donation button for those willing, citing the success of Radiohead’s pay-what-you-want gambit with In Rainbows in the days before Bandcamp’s supremacy in that field as well as Reznor-produced Saul Williams record The Inevitable Rise and LIberation of Niggy Tardust!, which acted as a guinea pig for NIN’s at-the-time last record of songs. Ghosts I-IV was billed more as a free stinger to the group’s career, landing after their stated dissolution, so it made sense that the 36 contained pieces were all untitled, given only disc and track numbers, and sonically felt more like intriguing possibilities of future directions the band didn’t have the ability to go in anymore. The band dissolved and Reznor made music with his wife in How To Destroy Angels, named after a Coil tune, and had just returned to soundtrack work after years away; this was a clearing house of well-produced but unfinished demos, producing a catching and well-regarded set that still stands up as a worthwhile addition to their canon (and even a great basis for finished material as “Old Town Road” demonstrated).

Both Together and Locusts often seem to replicate more the synth-aided ambient and neo-classical textures of Reznor’s soundtrack work, both with Atticus Ross and without. This makes sense in a certain way; Reznor has spent the last decade releasing highly-acclaimed award-winning and commercially-successful soundtracks from The Social Network up to (inexplicably) upcoming Pixar feature Soul, with The Girl With The Dragon Tattoo‘s runtime famously eclipsing the runtime of the feature film itself and, moreover, being a startling musical success in spite of it. Together and Locusts feel less like a direct continuation of Ghosts, despite the titles; these tracks are named, for one, and break the nine-tracks-per-disc format of the previous installments, but moreover they are full and complete compositions and not glorified well-produced demos. In prepping this review, I would find myself putting on a record only to slip into hour-long fits of idle thought and reading, my mind wandering not through imagistic soundfields like some more sonically active instrumental music but instead spiraling inwardly, traipsing in an aimless sprawl. This fits more the kind of mood one expects from soundtrack works, which are meant to buffet some other primary action, in their case the moving image and diegetic sound of the film itself but here as the wandering thoughtfulness these records induce.

This is especially ironic given that Reznor’s most recent soundtrack work feels more fitting of the Nine Inch Nails name proper. His most recently released soundtrack work as the three-volume set for the Watchmen television adaptation. However, instead of it being three platters of incidental music, as rich and gorgeous as that would be given his now-lengthy track record of producing compelling standalone soundtracks, it was instead delivered as three separate single-LP projects each acting as different documents from within the Watchmen world itself with the final of three volumes even being released under the name The Nine Inch Nails, serving as a lost final album of the fictional version of NIN that existed within the world of Watchmen, not unlike a similar conceit used by David Lynch in the masterful third season of Twin Peaks. The result was less a triple-LP soundtrack that mirrored the grandscale ambitions of The Girl With The Dragon Tattoo‘s monumental ambient soundtrack but instead a constellation of song-oriented material that often played more like a bonus triptych of new NIN material after their incredible trilogy wrapped up in 2018 with Bad Witch.

Ghosts V and VI then almost feel like the complement to the Watchmen soundtrack, one feeling like a covert extension of Nine Inch Nails within the context of soundtrack work and the other an extension of his excellent ambient and neoclassical ideas within the context of Nine Inch Nails. As for naming them part of the Ghosts series, it’s likely more because those are the only proper stand-alone NIN instrumental records and these, being instrumental (and, to be fair, often of the same deeply introspective mood), would make more sense bearing that title than standing on their own, where they might feel like placeholder releases. What matters here: These are two incredible records, likely some of the best ambient music that will be released this year, threatening like the TENGGER record from not too long ago to be overlooked by those who want this kind of moody atmospheric work but may view this to be a cast-off project of little value. The Nine Inch Nails name here serves the purpose of guiding listeners to these two excellent hour-plus sets, containing well-paced and emotionally coherent stretches of music. Some of the pieces soar past the ten-minute mark and overs scoot in at just over a minute and, to be frank, the album separation is of little merit, feeling more like he split the two and a half hours of new material over two discs more to keep things from being overwhelming than because there is any major difference between the two.

These are less critiques than observations; I can attest on a personal level to the profoundly meditative aspect of these records even under present plague-state conditions, containing just enough rot and malice in the sustained piano intervals that make up the biggest body of these songs to tap into that sense of anxiety and despair and then washing it away in sheeting, hovering reverb, like a blanket of fog cleaving to the hills and streets. It is music that demands thoughtfulness in discussion and consideration not because the music is complex or cerebral but because, to put it simply, it’s excellent. It’s a joy to chew over and ponder the angles and historicities of these records because the songs are so moving, hitting that perfect blend between comfort and despair that has marked the more musically and conceptually mature wing of Reznor’s career that began with Year Zero and has only deepened and gotten richer over time. Together and Locusts are mature and thoughtfully composed set pieces, soundtracks not to a film or a TV show but to a mindset and a mood, feeling like a score to the world outside our window rather than one on a screen. 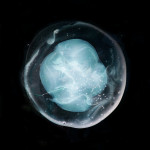 A Winged Victory for the Sullen – The Undivided Five