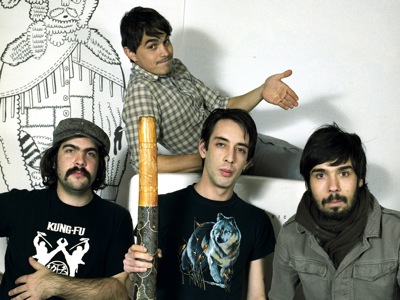 The year 2009 is upon us, which means the decade has almost come to an end. And of course, you know what that means—lists, `best ofs’ and all kinds of general retrospective features and columns. Treble is no exception, hard at work on figuring out the best albums and singles of the past nine years (and the 10-ish months ahead of us). Yet, before we get into albums and singles, we’re taking a look at the best non-single tracks to emerge since the Y2K scare proved to be a non-event. Every week we’ll be highlighting a handful of our favorite tracks of the decade, so keep checking back to hear about what songs remained on repeat on our iPods, CD players, tape decks and turntables since Jan. 1, 2000.

For all of Wolf Parade’s strengths, their most appealing characteristic is their ability to fuse the epic with the personal. Most of their best songs’ lyrics express universal emotions succinctly (just look at “This Heart’s On Fire”), but songwriters Spencer Krug and Dan Boeckner personalize their abstract sentiments with their epic compositions. “I’ll Believe in Anything,” the band’s best song to date, follows this form closely. At its core, it’s a traditional love song. But between Krug’s astonishing vocal performance and the music’s upward climb, simple emotions take on enormous emotional significance. To put it simply, this song moves the shit out of me, more than all but a handful this decade. And I mean, isn’t that why we listen to music?