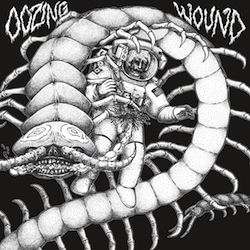 Metal doesn’t have to be so complicated. It’s easy to say that, but over the course of more than four decades, it has most certainly gotten complicated. The riffs got faster, the textures got darker, the time signatures moved away from a simple 4/4, and the extensive tree of niches became a labyrinthine network that’s practically impossible for greenhorns to navigate. Spend an afternoon on Metal Archives, and you’ll see just how deep the rabbit hole goes. But sometimes metal just needs to be metal — thrash, speed, New Wave of British Heavy, whatever. Fire up the distortion pedals, start chugging away at power chords, and let those long manes of luxurious locks fly.

Of course, that’s easier said than done as well, especially since it’s already been done thousands of times. If you want to play it old-school and bullshit free, then you had better be damn good at what you do, lest you be lost under stacks of mid-‘80s speed metal cassettes. In a strictly aesthetic sense, there’s nothing particularly unusual about the style of thrash metal that Chicago trio Oozing Wound plays — it’s loud, it’s fast, and save for the updated pedal technology (that distortion is just wicked), it pretty much ignores everything that’s happened since the 1990s, save for releasing their debut album Retrash on Thrill Jockey.

That Oozing Wound specialize in walloping ass makes their old-school thrash appreciation society approach all the more appealing. Much like Texas’ Power Trip, who also released an amazing debut this year, Oozing Wound don’t waste their time trying to cram too much into one small space. They have a simple, streamlined approach, and it destroys every single time. “Everyone I Hate Should Be Killed” — which gives an example of the tongue-in-cheek nature of the band — crashes through the gates with razor-sharp riffage and frontman Zack Weil’s harsh screeches. It’s all speed, power and fury — everything a good thrash metal album should be.

The six-minute snotfest “New York Bands” shows the band’s versatility in stretching out their songs into more ample compositions, while the slower-paced “Call Your Guy” reveals the group’s strengths at charging through more ominously creeping dirges. Not that there are too many of those; the amazingly titled pair of tracks “Welcome to the Spaceship, Motherfucker” and “Autopsy Turvy” get right back to the reckless careen with which the band began. There are scant few moments when outright pummeling gives way to noodling or virtuoso showiness, though there are also enough lighting riffs to show that Weil’s got the skills to do some insane fretwork when the mood strikes him. And that’s part of what makes Oozing Wound so fun — they’ve got the riffs, they’ve got the songs, and in 31 minutes, they haul ass the hell outta there before the cops show up, the speakers blow and the listener realizes what hit him.

Shadow of the Horns: Live After Death