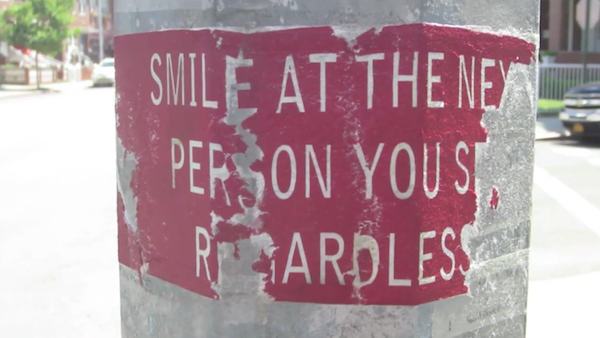 Montreal indie rockers Ought have just released the first video from their outstanding new album More Than Any Other Day, for the quasi-title track, “Today More Than Any Other Day.” The clip features a long string of closeups of random objects: flowers, bread, cigarette butts, a stop sign, fire hydrants, the front of a nail salon, etc. It ties in pretty nicely with the song’s lyrical mixture of the transcendent and the mundane, actually. Check out the Adam Finchler-directed video below.

Also, read our recent interview with Ought.