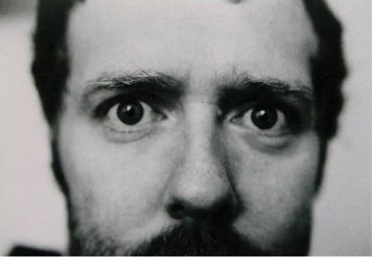 Ladies and gentlemen, Treble is five years old. We don’t know quite how it happened, and how we managed to keep going, but in the past five years, we’ve reviewed close to 3,000 records. And, considering we’ve built up some momentum here, we’re just going to keep on going. But as we progress into our sixth year, we feel the need to reflect on some musical epiphanies of the past five years.

While we started the `Perversity’ series a few years back, in order to highlight albums that may have missed the rounds in our regular rotation of reviews, we couldn’t help but feel that this year warranted an even more intense and escalated examination of some of the most important albums of the past five years, which managed to slip through the cracks. These aren’t just interesting discoveries or underground sensations that have piqued our interest, but rather albums that we can’t imagine living without. These are albums with intense personal attachments, albums that go well beyond blurb territory. This is music that is every bit as important as anything that’s landed on our year-end lists or has been highlighted as Album of the Week.

And yet, these albums have not been covered on our pages.

With the mistakes of the past firmly embedded in our minds and a fondness for albums lost in the shuffle, we present the first edition of `Our Swell Seasons,’ on the album from which this new feature takes its name.

I will never understand why some people, when given the choice of superpower, choose invisibility. After all, once you get bored of the locker room of the opposite sex, what else is there? Spying on what your friends say about you when you’re not around? I’d guess in most cases you wouldn’t want to hear that. Invisibility is no fun. For the last two years, I’ve felt invisible. I went through a divorce that was at once painful, mind numbing and completely unavoidable. For the sake of privacy and respect, I’ll leave out the whys and wherefores, but it’s probably enough for you to know that it had nothing to do with me, and there was nothing that could fix it. Because of this, I’ve been depressed ever since. But that’s not the worst part. The worst part is that absolutely no one wants to talk about it. My surefire way to make sure that someone will never speak to me again is to mention my divorce. It has left me feeling as if I don’t exist, and that’s possibly a worse feeling than the pain of heartbreak.

No one I know in this world knows what I’m going through. Of course, that makes it incredibly difficult for them to relate to me on any kind of personal level. So, they usually simply choose not to. Other usual options for them include trying to get me to see the `bright side,’ solemnly nod their heads in a gesture of understanding, or simply ignore me. In most cases, I’m met with the latter. So far in my life, there has been no sadness as great as that of feeling completely and utterly alone in this world, a feeling I have had repeatedly over the last few years. But, as Dr. Stanley Keyworth said in The West Wing, “we get better.” And I owe a lot of my `getting better’ to The Swell Season.

I’m not going to go into each song, track by track, as is sometimes the case in a typical music review. I am however going to say that I don’t know what I would have done without this album. There are plenty of albums in existence you can dance to, a plethora you can analyze and appreciate on several levels, and some that just make you feel good. But this is the only album in existence that I feel has really spoken to me. There were times in listening to The Swell Season that I felt Glen Hansard and Markéta Irglová were singing directly to me, and to me only. Glen let me connect with him in such earnest lyrics as “and how in the world did we come to have such an absent love” (“Sleeping?”), “Cry alone and die alone / pray alone and stay alone” (“Drown Out”), “You see, you’re just like everyone / When the shit falls all you want to do is run away / And hide all by yourself” (“When Your Mind’s Made Up”). He and his musical partner also made me feel that feeling angry was okay with the vitriolic “Leave,” a song Hansard wrote with Damien Rice. But, more than anything, their songs made me feel hope.

I wept when I saw Glen and Markéta win the Academy Award for “Falling Slowly.” Not only was it a great moment in the history of independent music and film, it was a vindication to the world of how important this song was to me personally. Firstly, the two voices are so suitably paired and gorgeous together that one would think they’d been writing music together for years. Secondly, it was a song of hope when I needed hope the most. Glen even mentions hope in the chorus, “Take this sinking boat and point it home / We’ve still got time / Raise your hopeful voice, you have a choice / You’ve made it now.” And he was right. The choice I had made upon listening to that song was to keep trying. In the first verse, Glen says, “I don’t know you, but I want you all the more for that.” That told me that someone else was out there. It doesn’t necessarily say that I’ll ever meet her or find her, but the mere fact that she exists gives me hope. But the line that usually has me choking back tears is “You have suffered enough / And warred with yourself / It’s time that you won.”

I cannot begin to tell you how therapeutic one simple lyric has been in my life. Sure, all the songs from The Swell Season played their parts in my recovery. Glen’s audible anger in “Leave” and the rising swell of both of their voices in “When Your Mind’s Made Up” send a release of emotions through me that I can’t even begin to describe. But that one line from “Falling Slowly” has been immeasurably transformative. For that, I will always be thankful to Glen Hansard and Markéta Irglová. Music can be a lot of things to a lot of people, but, after all the music I’ve listened to over the years, all that I’ve reviewed and listened to cursorily, I am truly overwhelmed when I find that music still has the power to heal, comfort and personally connect. The Swell Season will always be a special album, not only for its musical merits, but for the fact that through it, someone finally saw me. While I was hearing the album, it and its creators were seeing me. I was no longer invisible. I still have friends that will cease contact with me after the revelation of my divorce, but when that happens, I now have at least two people who understand.

Best Song Ever: Once