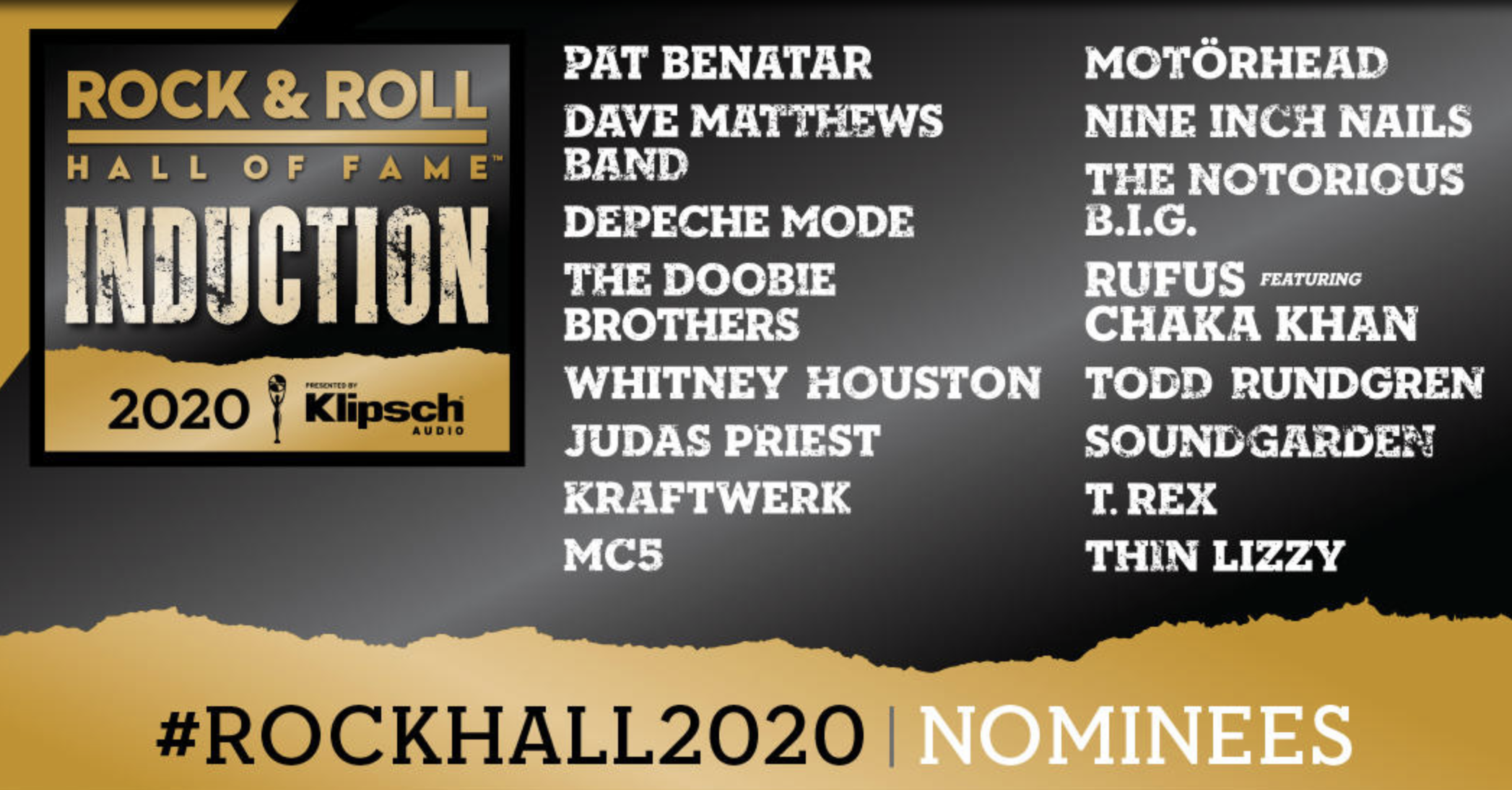 The Rock & Roll Hall of Fame 2020 nominations have been announced. This year includes nine artists who have been nominated for the first time: Notorious B.I.G., Soundgarden, Whitney Houston, Motörhead, T. Rex, Dave Matthews Band, Pat Benatar, Thin Lizzy and The Doobie Brothers. This year also includes a number of returning nominees: Kraftwerk, Judas Priest, Nine Inch Nails, Todd Rundgren, Rufus with Chaka Khan and MC5. The induction ceremony will take place on May 2, 2020, at the Rock & Roll Hall of Fame in Cleveland, Ohio. You can vote for your preferred artists through January 10.

Read our roundtable on our own fantasy Rock Hall inductions, including Joy Division, Sonic Youth, Fugazi and Kraftwerk.