Alexander von Meilenwald’s metal outfit The Ruins of Beverast has long juggled the aesthetics of underground metal. His works, though skewing in favor of black, death, and doom, prominently feature psychedelic flourishes and eclectic sound samples that expand his sound into fully realized sonic horror novellas. The results range from atmospheric pursuits on his debut album Unlock the Shrine to explicitly conceptual pieces like Blood Vault — The Blazing Gospel of Heinrich Kramer, which depict 15th century German inquisition trials. Regardless of the end result, it’s difficult to imagine a Beverast album conceived as anything but a holistic statement of compositional intent. Meilenwald’s sixth in the project, The Thule Grimoires, is therefore a surprising twist. More than any work in the Beverast discography, Grimoires is a song-oriented ripper, both a greatest hits collection of the band’s various styles and a refinement of its best ideas. It’s as immediate as it is sonically diverse, if the least cohesive of Meilenwald’s efforts.

Unlike Blood Vaults and its powerfully entrancing companion album Exuvia, both of which explored the murky realm of sludge tempos and darkly grandiose doom, The Thule Grimoires hews closer to the rawer style of early Beverast. Greater emphasis is placed on aggressive tempos, blast beats, and straight up black metal riffing. Yet this is not second wave Norwegian black metal fare. Grimoires is handsomely recorded and oozes an unsettlingly drugged-out atmosphere that evokes the emotion of fringe death metal and funeral doom. The faster tempos simply let Meilenwald’s jump from  sequence to another quicker in succession than ever before. As a result, the songs feel like a revolving door of influences. Grimoires grabs from gloomy space rock, Monotheist-era Celtic Frost, and even ’80s goth rock. Yet anchoring all the styles is a beating black metal heart. Meilenwald has completely traded the deliberate, escalating repetition of past Beverast albums for more dynamic and adventurous songwriting.

Cuts like “Polar Hiss Hysteria,” for example, balance fervent tremolo shredding and psychedelic leads that swell with tension, ultimately surrendering into driving, swampy doom metal. While those downtempo passages comprised the bulk of the band’s material, here they’re used as an oasis from the swirling chaos surrounding them, a quick break before building to another killer blackened riff. Cleans vocals too are more pronounced, like on the stunning chorus of mid-album highlight “Anchoress in Furs.”  The song opens with a dissonant choral hymn that gives way into a kaleidoscopic mire of psychedelic guitars and Meilenwald’s strangely uplifting baritone voice. One notable upset to the rule is “Mammothpolis,” a hilariously titled goth rock saunter that simmers with a tension and swagger that suggests Type O Negative.

Though it runs over an hour in length, The Thule Grimoires feels lean due to each track’s progressive and consistently exciting structure. It’s easily the most listenable Beverast album to date. These songs are just not prone to sitting still, and each movement is as memorable as the last, with highlights ranging from striking organ passages to the mesmerizing choral melodies. Individually, these are all terrific Beverast songs, yet the slight lack of narrative cohesion costs Grimoires that ineffable quality which transformed Meilenwald’s past material into evocative horror narratives — visually provocative and emotionally exhaustive. Past Beverast albums were always greater than the sum of their parts, like when marching drum ostinato of Foulest Semen of a Sheltered Elite launches forth with death metal intensity in the album’s back half, or in Exuvia’s transcendent emotional climax on “Pytha’s Pale Wolves.” Grimoires by nature of its structure lacks any moment where the album truly culminates, instead focusing on emotional immediacy. The result is a less grand statement overall, but also represents a collection of Meilenwald’s strongest standalone songs to date.

The Great Old Ones – EOD: A Tale of Dark Legacy

Tags
metal The Ruins of Beverast 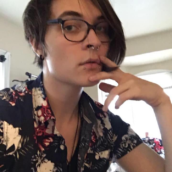