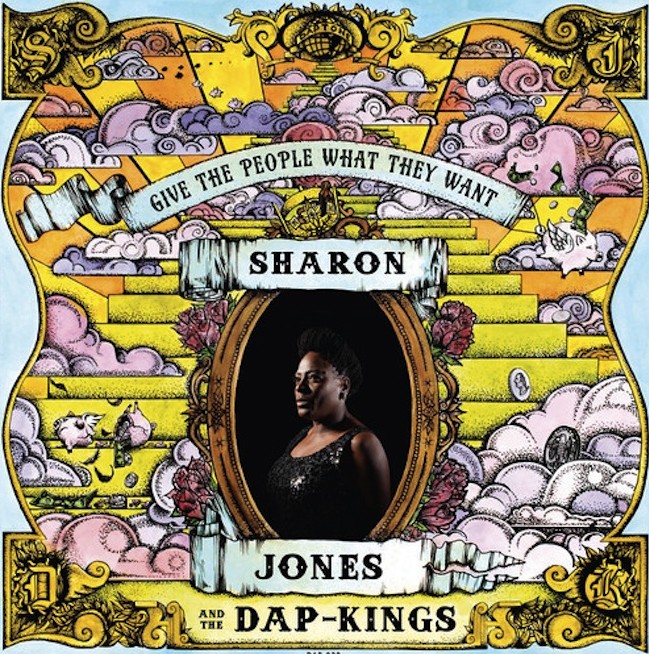 Earlier this year, soul singer Sharon Jones was diagnosed with stage-one bile duct cancer, which led to the decision to delay the release of her new album with The Dap-Kings, Give The People What They Want. After a series of treatments, however, Jones is “doing much better,” according to a statement she released addressing her fans.

Today, Sharon Jones and the Dap-Kings have announced a new release date for their new album — it’s out Jan. 14, via Daptone. The band has also released a new video for the track “Retreat!” It’s directed by Lizzi Akana, and features an animated Jones singing among flying pigs, and her band appears to have clouds for heads. Watch it below.

Tags
Sharon Jones and the Dap-Kings