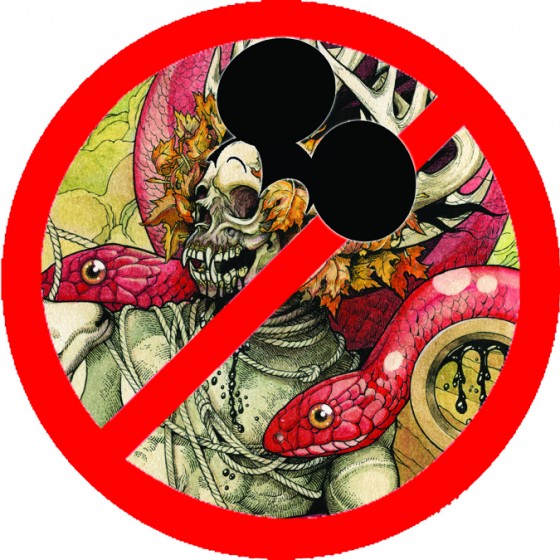 On Oct. 29, Skeletonwitch will release Serpents Unleashed, the follow-up to their awesome 2011 set of rippers, Forever Abomination. And the band has some extensive tour plans in support of the album. However, there’s a slight glitch to their tour plans. Their PR company, Earsplit, announced that the Athens, Ohio, band has been asked not to perform at the House of Blues in Orlando on Jan. 27, which the band was originally scheduled to play on a tour with Amon Amarth and Enslaved. Per the press release, the band has been deemed “unfit to be associated with” Disney, who owns the House of Blues.

Making up for this unfortunate snafu, however, the band will be turning their Nov. 15 show in Fresno into a real-life wedding. Fans Travis Bartlett and Lanae Wilson will be getting married onstage during the band’s set. Now that’s fucking metal.

Check out the band’s tour dates below. For now, the band seems to still be welcome at other House of Blues venues outside of Orlando.