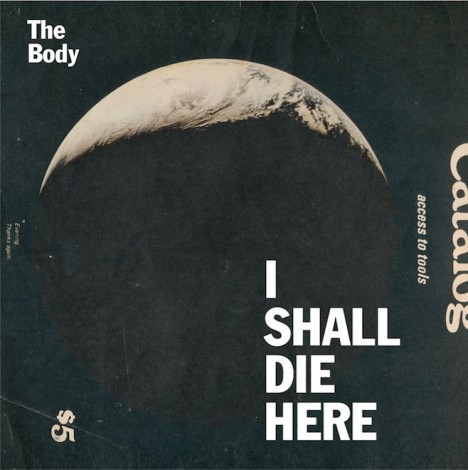 The marriage of metal and electronic music is a union that’s only been occasionally worth celebrating. It’s not that heavy music and electronic elements can’t be combined harmoniously — the militantly mechanized sound of industrial metal pioneers Godflesh is perhaps the best example of how to do it right, while more recent albums like Author & Punisher’s Women and Children or Altar of Plagues’ Teethed Glory and Injury showcased new ways of combining synth- or sample-based sounds with crushing heaviness. Historically, however, adding an electronic element to metal has been viewed by listeners with skepticism — if not rejected outright — and given how badly artists have fumbled in the past, you can’t really blame them. Despite some recent defenses of its merits, Judas Priest’s 1986 album Turbo was seen as a baffling disappointment by fans upon its release, thanks to some flagrant use of guitar synths, while in 2011, the once-great death metal band Morbid Angel abandoned everything they did right for the sake of a warmed-over Marilyn Manson retread in Illud Divinium Insanus. If these are your models of what an electronics-and-metal hybrid is intended to sound like, nobody would blame you for believing in genre segregation.

Portland, Oregon duo The Body has never been a band to adhere to any strict policies on how to approach heavy music, and their apocalyptic drone-doom isn’t even necessarily metal by traditional standards. Nor are they strangers to producing a collaborative work; their 2011 album All the Waters of the Earth Turn to Blood prominently featured the Assembly of Light Choir, turning their chilling drones into strangely beautiful post-rock nightmares. So, for Chip King and Lee Buford to feed their ribcage rattling doom through the horror-ambient filter of UK producer The Haxan Cloak isn’t just an idea that sounds compelling on paper, but one that has the promise to be something even greater than the sum of its collaborators.

Arriving just six months after last year’s Christs, Redeemers, I Shall Die Here finds The Body in recognizable but dramatically altered form — a form that suits their sonic makeup much better than, say, adding dance beats behind death-metal riffs. Much like King and Buford, The Haxan Cloak’s Bobby Krlic approaches his music through a dark, harrowing lens. So he’s essentially already fluent in their musical language, even if the sounds they make are tonally and texturally different on the surface. A terrifying screech of a tone opens first track “To Carry the Seeds of Death Within Me,” as Buford’s drum beats plod like the limp of a machete-wielding nightstalker and King unleashes one single, bowel-distressing chord that rumbles for two minutes. But in its back half, the track becomes chopped up and deconstructed, elements fading in and out, and in the end, sounding much more like the shadowy haze of a Krlic original.

The elements come together with more fluidity in “Alone All the Way,” with The Body’s sludgy crawl treated to heavier doses of reverb and eventual descent into ethereal synth drones. But the album’s greatest moment is “The Night Knows No Dawn,” which sounds less like a remix and more like a natural collaboration between the two artists, King’s noxious guitar clouds coming in close contact with the otherworldly rays of Krlic’s haunted broadcast. It’s stunning, and pretty damn scary.

Where I Shall Die Here falters is in the moments where Krlic strips away everything and inexplicably shines a light on the limitations of King’s distorted, monotone growl. It’s best used in small doses, rather than given a solo, but thankfully the album is more about atmosphere than specific personalities. Like Andy Stott’s remix of “Concrete” from Batillus’ Concrete Sustain, I Shall Die Here finds a harmonious and horrific collaboration between a metal band and an electronic artist that does away with the idea that the two should be kept apart. Hearing results like this, it’s easy to envision a modern, and more frightening take on the Judgment Night soundtrack from 1993. Fennesz meets Deafheaven? Pharmakon deconstructs Ash Borer? The sky—or the depths of hell—is the limit.