David Holmes and Steven Soderbergh have had a fruitful director-composer relationship, with the two artists collaborating on a long list of films including Haywire, The Girlfriend Experience and the Ocean’s trilogy. Their first collaboration began with Out of Sight, however, with Holmes providing some infectiously breakbeat funk to back the thrilling heist film starring George Clooney and Jennifer Lopez. The actual soundtrack album features bits of dialogue mixed in with the music, a trend that became more prevalent when Quentin Tarantino soundtracks would include dialogue tracks either for context or quotable material. However, Holmes’ soundtrack stands on its own, influenced by both Lalo Schifrin’s action scores and the blaxploitation soundtracks of the ‘70s. There’s ultra-cool mood oozing out of every corner, but there’s also enough momentum to make every moment an exciting one. – JT 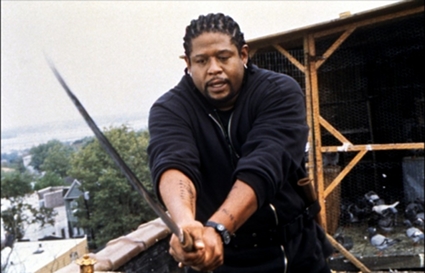 Music is always a prominent feature in Jim Jarmusch films, from the handful of Tom Waits songs in Down by Law to the Ethio-jazz songs in Broken Flowers, and in 1999, Jarmusch enlisted Wu-Tang producer and martial arts film buff RZA to lay down the score to his modern samurai saga and French new wave homage, Ghost Dog: The Way of the Samurai. The film pays homage to Jean-Pierre Melville’s Le Samourai, only set in modern day New York City. And while Forest Whitaker’s title character lifts rides just like Alain Delong, Whitaker’s samurai selects the cars with the best stereos so, conveniently, he can bump the RZA’s dynamite score. While the RZA has taken on a variety of different aesthetics over time, in 1999 he returned to the minimal, eerie hardcore hip-hop beats similar to those heard on 1993’s Enter the Wu-Tang (36 Chambers). His score is dark and gritty, and just a little bit mystical, lending an extra layer of intrigue to the idiosyncratic gangster/samurai drama on screen. – JT 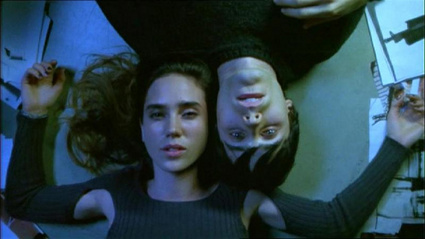 “Requiem for a Dream”
Clint Mansell and Kronos Quartet
2000

The former frontman of daft British electro act Pop Will Eat Itself acquitted himself nicely enough on his first attempt at a film score, surrounding three original pieces with others’ dark electronica for Darren Aronofsky’s mainstream debut Pi. Aronofsky invited him back for a second go-round on the equally fatalistic Requiem for a Dream, a film using addiction as a backdrop to comment on larger themes of obsession, delusion, and desperation. This time, Mansell’s foils were in the studio with him: Seattle’s kinda extraordinary Kronos Quartet. This team’s musical motifs function much in the same way as Aronofsky’s footage does in the film. Indeed, the only other movie I can think of where music combined with finely detailed sound design and film editing to advance storytelling so thoroughly is Oliver Stone’s Natural Born Killers. The repetition of sharply played, despairing themes represents the downward spiral of the Goldfarb family (“Lux Aeterna” was just a single using string measures heard many times throughout the album). Scattered among these are fever-dream asides suggesting the characters’ mad psychic festival of game shows, prison sentences, sex for sale, and so, so many drugs. The movie threw both guys into Hollywood’s stratosphere: Aronofsky’s work has since earned Golden Globe and Academy Award nominations, and in the 12 years after Requiem Mansell has scored more films than John Williams. – AB 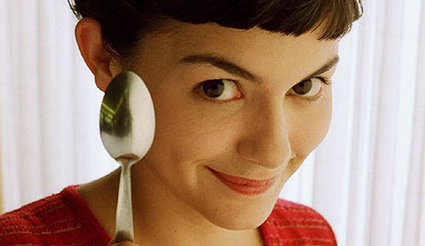 The greatest scores are the ones that not only soundtrack the movie you’re watching but the ones that are so personal that they can soundtrack your daily life — at least in one’s mind. Bouncing through my neighborhood streets with Yann Tiersen’s magical score to Le Fabuleux Destin d’Amélie Poulain (or simply Amelie) on my headphones transcends a boring day to a memorable, joyous frolic. It’s great! Much of the score was previously composed and released on Tiersen’s previous albums, so the album acts almost like a “greatest hits.” It’s as if his compositions were always destined to accompany Amelie’s journey. All three versions of the film’s theme (the main version; the solo piano version; and the epic the orchestral version) are essential and help justify the score as one of the most underrated ever. – RM 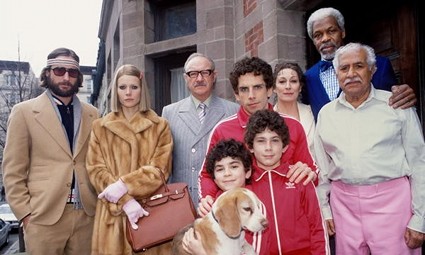 What makes Wes Anderson’s third, and, in my humble opinion, finest film, so brilliant, and sets it above the bar of other gentle indie flicks, is the way it manages to simultaneously convey great joy and deeply moving sadness to its audience. While this could easily be put down to Anderson’s direction, it’s undeniable that the soundtrack — and in particular Mark Mothersbaugh’s score — helps to accomplish this. His music is filled with soaring strings and, the gentlest of drumbeats, and, on occasion, angelic children’s choirs, and really reinforces the beautiful feeling of nostalgia and longing that runs through the core of this film.  – Grace Barber-Plentie 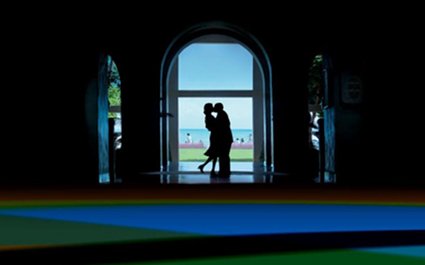 Jon Brion has long been a staple of Los Angeles music, having produced records by Fiona Apple and Aimee Mann, and held a recurring residency at the famous Largo club. His partnership with filmmaker Paul Thomas Anderson proved to be one of his more fortuitous relationships, however, giving the musician/producer/songwriter a new creative outlet for developing even more seemingly limitless flights of whimsy. Magnolia might have been the more ambitious project the two collaborated on, but 2002’s Punch-Drunk Love is the point where Brion’s score achieved a character that stands on its own. It’s somewhere between fairy-tale daydream and Van Dyke Parks’ Song Cycle, with a slight touch of sinister somewhere lurking underneath. And its sole vocal track, “Here We Go,” is maybe the best pop song of Brion’s career. Which isn’t to say that the film itself is a slouch; Anderson deserves a damn trophy for being able to wring a performance out of Adam Sandler that’s neither embarrassing juvenilia or transparently maudlin. Though perhaps it’s the effect of Brion’s score, which serves to leave the viewer, him or herself, just a little punch-drunk. – JT 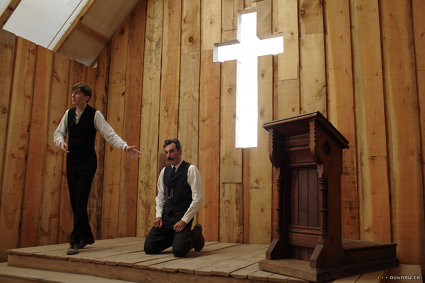 “There Will Be Blood”
Jonny Greenwood
2007

It may seem like a snub that the There Will Be Blood score wasn’t nominated for an Oscar, but the Academy had no choice; the soundtrack was ineligible for nomination because it contained material not written exclusively for the film.  Radiohead guitarist Johnny Greenwood crafted most of the orchestral soundtrack with Daniel Day Lewis in mind, but a few of the more memorable moments of the film were taken from his 2004 “Popcorn Superhet Receiver” piece as well as his work for the 2003 film, Bodysong.  The latter features a track titled “Convergence” which drastically shifts gears away from the unsettling, string-heavy overtures and towards a rolling, frantically paced clatter of percussion. The visceral stampede fittingly connects with one of TWBB‘s most intense scenes as the once-simple town penetrates the ocean of oil underneath its grounds and releases it into the sky with a three-story fire that burns the night. It’s a violent and foreboding symbol of things to come, a sight that Greenwood’s score smartly accents but never overshadows. – DG 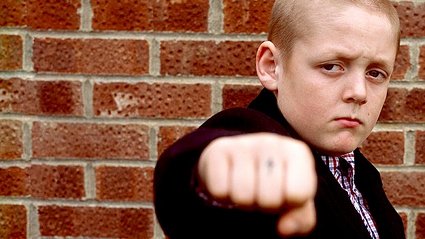 “This is England”
Ludovico Einaudi
2007

Ludovico Einuaudi’s scores have been used on everything from Black Swan to a Ricky Gervais TV show, but that doesn’t make them any less beautiful. The Italian composer can be described as nothing less than a master — the way he composes piano and violin is enough to tug on the heartstrings. Perhaps one of the most successful uses of his music was in Shane Meadows’ acclaimed drama This is England, following a young boy’s coming-of-age through his befriending of a group of Skinheads. Through his score, Einaudi shows us inside the head of a naïve young boy, and the devastating consequences of his friendships. – GBP 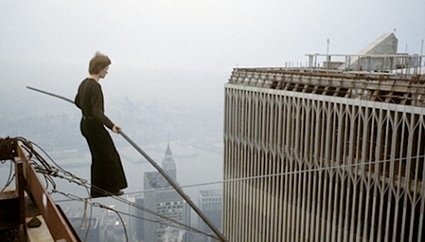 Man on Wire is such an unbelievable and magical film, that it needs a score to perfectly complement this. Nyman’s score does just this — just like its protagonist Phillipe Petit’s wire-walking, it ebbs and flows, taking us through the highs and lows of his journey. There is music such as “Drowning by Number 2” that almost feels too beautiful, such is the way it uplifts you, and this is deliberate — the composer wants you, just like Petit, to feel as though you are high above the clouds, walking on air. On that, he certainly succeeds. – GBP 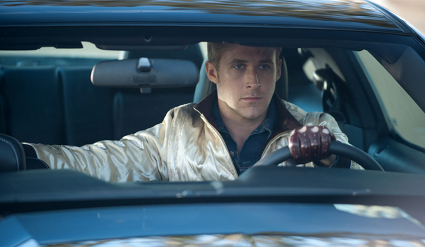 Composer Cliff Martinez has a colorful musical background, having performed with both Red Hot Chili Peppers and Captain Beefheart, though his film work is where he has been the most prolific. Martinez has most frequently worked with Stephen Soderbergh, scoring notable titles like Traffic, The Limey, Solaris and Sex, Lies and Videotape, which initially inspired director Nicholas Winding Refn to seek him out. Let’s back up a bit though —Refn originally pegged Chromatics’ Johnny Jewel to compose the score, which ended up being rejected by the studio and released later on as Symmetry’s Music for an Imaginary Film. Yet Martinez proves an ideal candidate for the sometimes surreal, dystopic perspective of modern-day Los Angeles that closes in on Ryan Gosling’s stunt-driver protagonist. His ethereal, ambient pieces are dreamlike and serene, standing in stark contrast to the horrific violence and suspense throughout the film, setting an oddly fantastical tone for what is ultimately a very gritty and dark film. In a way, Martinez’s score is a lot like that of Vangelis’ music for Blade Runner, which is also set in Los Angeles. There must be something about the City of Angels that inspires a kind of hallucinatory escape. – JT