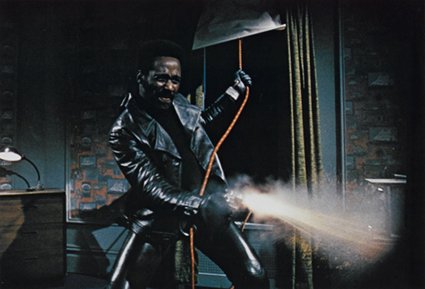 If you think Richard Roundtree is a bad mother—SHUT YOUR MOUTH!—then the actor who portrayed private dick John Shaft definitely got an assist from Isaac Hayes, who composed the film’s lush, soulful soundtrack and title theme, which actually won an Oscar for Best Original Song in a rare moment of the academy getting it right. Hayes’ fabulous, funky score began with three simple tracks — “Theme from Shaft,” “Soulsville” and “Ellie’s Love Theme” — before MGM gave Hayes the go-ahead to finish the remainder of the score, which marks not only one of Hayes’ most incredible recordings, but the most successful album to ever be released on Stax Records. Going back to being a bad mother: Hayes himself had hoped to be cast in the title role, himself (and frankly, his bald dome, authoritative baritone and sunglasses would have made him a pretty damn cool movie P.I.), and after he composed the score, the Bar-Kays laid down the rhythm tracks in one day. They were later re-recorded to capture a lusher sound, but still, that’s impressive. – JT 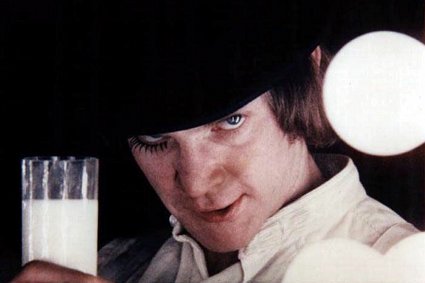 To help drive home his manic vision of Anthony Burgess’ critique of crime and justice, Stanley Kubrick collected uncredited yet pristine performances of classical music alongside the work of American composer Wendy Carlos. Carlos was a trailblazer here, twice over: Her score was made while she was in the process of transitioning from being Walter Carlos through gender reassignment, and it was among the first to prominently feature electronically generated music. Meanwhile, Kubrick proved himself a master of emotional manipulation. The music of Beethoven represented one of the few honest things in the life of Malcolm McDowell’s malicious character Alex, one eventually turned against him. Songs like “Pomp and Circumstance” and “Singin’ in the Rain,” uplifting on their own, became chilling triggers. And Carlos’ synthetic reproductions of the likes of Rossini and Purcell, as well as her own piece “Timesteps,” echo characters’ reliance on artifice, falsehood, and constructed reality throughout the movie—lies to ensnare victims, misplaced hope in rehabilitation, the illusion of a supportive government. – Adam Blyweiss 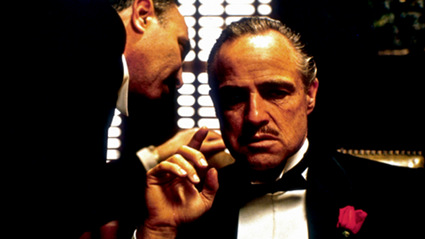 Anytime someone — a critic, an editor, an actor, a director, some dude — proclaims The Godfather as the greatest film ever made, you don’t question it. You might not necessarily agree, but it’s a justifiable, maybe even objectively true statement (not that we believe in those things). At once a profound statement about the bonds of family, a gritty drama about the mob, and an epic that spans eras and generations, The Godfather made Francis Ford Coppola a legend for a reason. Italian composer Nino Rota, however, was already something of a legend by this point, having famously scored more than 100 films, including the Federico Fellini canon. With The Godfather, Rota blended traditional Sicilian music with jazz and chilling orchestral pieces. The main title (aka “The Godfather Waltz”) does so all in the span of three minutes, the stark opening trumpet riff giving way to haunting ambience, and eventually a more sprightly waltz that evokes the massive Sicilian wedding that opens the picture. “Love Theme From the Godfather,” however, is one of the more stunning pieces of melancholy to ever be dubbed a “love theme.” It’s music as rich and complex as the story that inspired it, and it often doesn’t require much to get there. The only downside is that the infamous horse head scene’s music and hospital score were cut from the actual soundtrack album. – JT 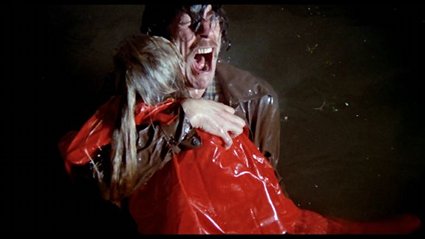 Nicholas Roeg’s Don’t Look Now is noteworthy for many reasons, one of them being one of the most graphic depictions of sex in film circa 1973, and another being the overall sense of unnamed terror that crops up throughout the film. And that terror, which is both a threat to innocent victims of a serial killer in Venice as well as Donald Sutherland and Julie Christie’s on-screen marriage, is made all the more intense courtesy of Pino Donaggio’s score, which is both emotionally charged and absolutely blood curdling. “John’s Theme” underscores a pastoral portrait of a happy family, while “Christine’s Dead” interrupts it with tragedy, and an unexpected eruption of high-toned synth that sends shivers down the spine. Those two themes collide with the climactic “Dead End,” which takes the tragic irony of the film and twists the knife even further. – JT 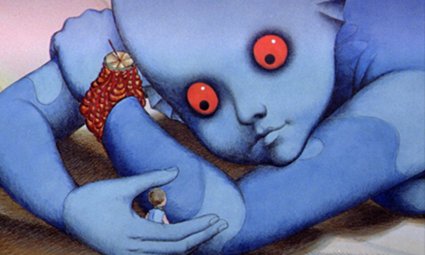 Rene Laloux’s 1973 animated film Planéte Sauvage (Fantastic Planet) would have been trip enough on its own, a sci-fi surrealist piece in which humans are kept like pets on a planet inhabited by giant blue creatures called Draags. But Alain Goraguer’s ultra-stylish, orchestrated jazz-funk soundtrack lends an extra layer of lush cool to it all. Goraguer had previously collaborated with Serge Gainsbourg, so it’s no surprise that the score carries a similarly hazy funk vibe as that of Histoire de Melody Nelson (even though Goraguer didn’t work on that album). Planete Sauvage, on a purely musical level, is a mesmerizing escape, rife with deep basslines, flutes and heady layers of keyboards. Los Angeles hip-hop producer Madlib is known to be a fan, and has even sampled some pieces from the album, which, in retrospect, seems like a perfect backdrop for some surrealist rap. – JT 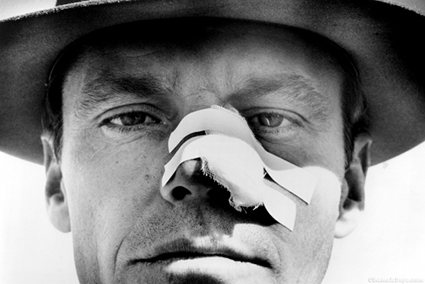 It speaks volumes that Jerry Goldsmith’s romantic noir soundtrack to Roman Polanski’s Chinatown is David Lynch’s favorite score of all time. Lynch himself has long been drawn to both the dark and the kitschy, and while Goldsmith’s score very seldom leans toward the latter, it has the former in spades. Set against a backdrop of 1937 Los Angeles, the haunting atmospheric soundtrack blends chilling ambience with classic jazz sounds, at once creating a sound-world both timeless and of its time, that being the ‘70s rather than the ‘30s. There’s a sumptuousness about it and something unsettling as well, particularly in its eponymous piece for villain Noah Cross, or its main title theme, which is evocative of a coolly alluring place, but one seedy and troubled as well. Darkly charming, eerie and entirely unforgettable. – JT 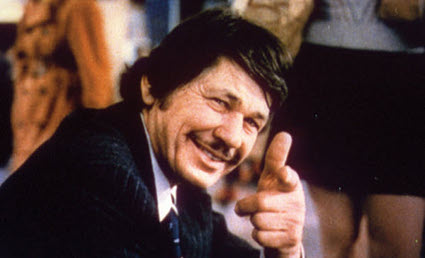 For most of his career, Herbie Hancock seemed absolutely incapable of creating music that didn’t sound cooler than anything else in the world, from “Cantaloupe Island” to Head Hunters. And his forays into film scoring further confirm this theory, the strongest case in point being his jazz-funk score to Death Wish, a violent portrayal of vigilante justice that’s really not all that cool on its face. But then Hancock comes in and smothers Charles Bronson’s hardened tough-guy flick with wah-wah, Rhodes piano and deep funk basslines, and all of a sudden this revenge fantasy turns much more sumptuous. If you haven’t seen the film, it’s almost hilarious how quickly Bronson goes from hippie pacifist to gun-toting enforcer, but Hancock’s score is no laughing matter, whether at its most terrifying and climactic moments or when Hancock simply hits a solid groove. This is the real deal. – JT 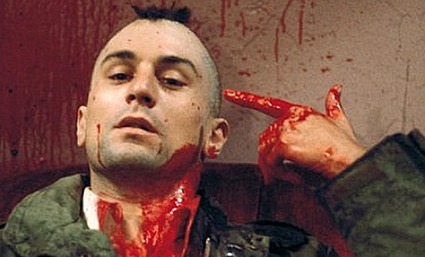 Martin Scorsese went out of his way to depict New York City in as unflattering a manner as possible, from having the first appearance of Travis Bickle’s cab look like it’s driving through Hell, to casting himself as the one person in the film even more deranged than Bickle. But being able to capture the horror and paranoia of a person slipping into mental illness in a grimy, disgusting city and still manage to lend it a strange allure required enlisting one of the premier film composers of the 20th Century. Ironically Herrmann died a few months before Taxi Driver actually saw release, but his swan song may very well be his best. It’s an odd juxtaposition of nightclub jazz saxophone and tense, atmospheric orchestrations, the main title’s drums snapping like the dropping of an intensely heavy pin. Strings and horns sweep in massive waves rather than small movements. And no matter how raw or confrontational the film is (which is pretty much all the time), it’s Herrmann’s score that serves as the coup de grace. – JT 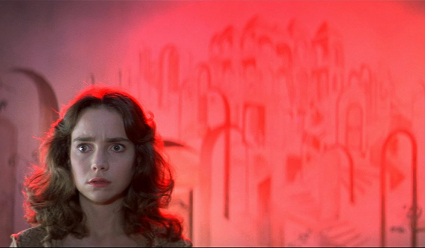 Horror cinema of the 1970s offered a rich tapestry of atmospheric spookiness and ethereal dread, but the partnership between giallo auteur Dario Argento and Italian prog-rock band Goblin created an added stylish and surrealist dimension to horror atmosphere. Suspiria, itself, portrays gruesome violence and supernatural imagery in vivid colors, rather than the ubiquitous darkness so prevalent in the genre, and to match, Goblin do their part in lending a broader sonic palette, rich in throbbing Moog synthesizers, twinkling keyboard chimes and rasps and shrieks that occasionally outdo the movie itself for being purely terrifying. But that being said, Goblin get down halfway through the title theme, turning an ambient shimmer into a funky prog jam that’s not really scary, just awesome. – JT 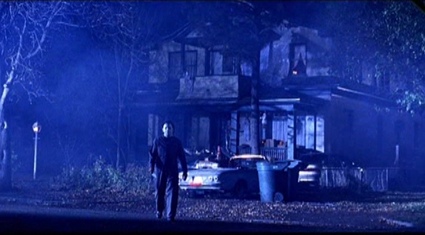 In the closing credits to John Carpenter’s “Halloween,” the performance of the score is credited to the Bowling Green Philharmonic, which at the time at least, didn’t actually exist. In reality, the “Philharmonic” is Carpenter himself, who composed and recorded the score on his own. That’s not terribly hard to believe, considering how minimal and simple the score actually is, comprising little more than piano and keyboard. But as straightforward as it is, it’s highly effective, its tense, minor-key melody only heightening the terror wrought by the psychopathic Michael Myers. There aren’t that many directors who are so hands-on as to handle the music themselves, but Carpenter hit the bull’s eye on this one. – JT