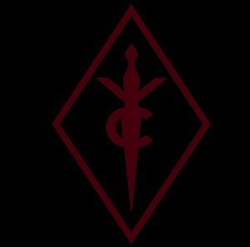 If the recent return of Nine Inch Nails has taught us anything, it’s that audiences are itching for industrial music once again. And yet, to even a pretty massive chunk of Nine Inch Nails’ core fanbase, industrial music beyond Reznor & Co. remains a mystery. It doesn’t help that the term “industrial,” coined in the 1970s by Throbbing Gristle, has been pretty fluid since its associations with early noise and performance art pieces. It’s been applied to the machine-metal of Ministry, the power electronics antagonism of Whitehouse, the electronic body music pulses of Nitzer Ebb, and the nightmarish soundscapes of Nurse With Wound. None of these sound much alike, but they are all industrial, held together in one bloc thanks to the influence of Genesis P-Orridge & Co., who rarely did the same thing twice, but always found a way to make music that sounded cold, harsh and — most importantly — completely novel.

Los Angeles duo Youth Code, likewise, are indebted to Throbbing Gristle and associated acts, partially because their music sometimes sounds like a hybrid of “Slug Bait” and “Hot on the Heels of Love,” and partially because they were the first act outside of Psychic TV to see the release of their music on P-Orridge’s Angry Love Productions label. But Youth Code, more accurately, inhabit an itchy, freezing cold space in the mid-‘80s realm of Wax Trax! EBM. Their new self-titled full-length album pulses and clangs with the leather-bound darkness of fetish clubs and sadistic machine goth. And despite the snarling, sneering sound of vocalists Ryan George and Sara Taylor, against minimal, punishing arrangements, it’s actually a pretty fun album.

In a sense, Youth Code’s approach is almost quaint; their analog synth sounds, basic beat thumps and antagonistic growls evoke a period of underground freak hedonism that existed for years before “Head Like a Hole” introduced it to a mainstream audience. It’s the stuff of Skinny Puppy and Front Line Assembly, and though I’m not necessarily one of them, there is no doubt a respectably sized audience nostalgic for this sound. And it’s easy to see why — Youth Code make dark, harsh dance music that’s simple, but just abrasive enough to evoke a certain kind of parent-worrying menace. The militant “Let the Sky Burn” stomps like Kraftwerk crashing through a department store window, while “First & Last” has a more prominent melody set against twisted vocal effects. Disturbing samples arise in the charmingly titled “Rest In Piss,” and atmosphere overtakes the lingering, indefinable threat in “Distorted Views.” Very little of it sounds like it was made on equipment manufactured after 1990, and there’s something admirable about that. Here’s a group that’s committed to industrial as it existed before Woodstock 1994, and that’s probably a memory worth preserving.