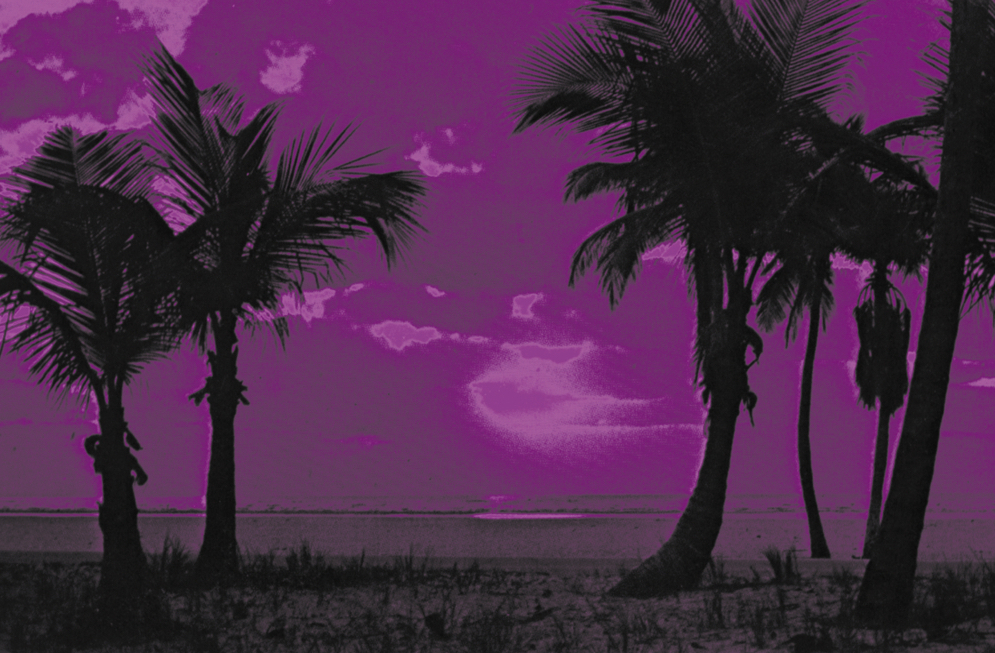 Whenever we reach the end of the year, we spend a lot of time celebrating the last 11 months of new music, the records that introduced us to new names or gave us the opportunity to hear the progression in artists we already loved. But so much of the music that’s released in any given year is that which has already lived a past life. So now that we’ve spent so much time with the best new music of the year, we’re taking a moment to look at the re-releases, reissues, archival recordings, box sets and compilations that made the year even stronger, from familiar favorites made stronger to obscurities given the platform and format they deserve. And though this list is titled “The 10 Best Reissues of 2018,” we freely admit to not having heard every reissue of the year. That’d be impossible. But these 10, specifically, are the ones that gave us the most enjoyment and made us appreciate their creators that much more. 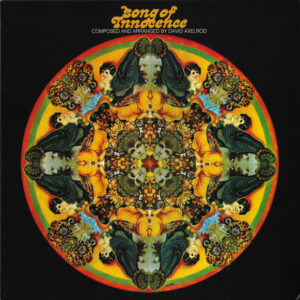 If you’ve listened to electronic music or hip-hop in the last, oh, 25 years at least, you’ve heard David Axelrod. You’ve heard a lot of David Axelrod. DJ Shadow, Mos Def, A.A.L. (Against All Logic), A Tribe Called Quest, J Dilla, Notorious B.I.G.—the list goes on. But there’s a reason turntablists turn to this legendary artist on their tables: His soundscapes are second to none. An almost inclassifiable artist even by today’s standards, Axelrod merged the worlds of psychedelia, jazz and orchestral music into a sound that’s more majestic and cinematic than anything. These two albums, named after works by William Blake, are his most celebrated for a reason—they’re sumptuous sonic masterpieces—and Now-Again has put in the work to deliver the most worthy reissues of these records on vinyl (one of them in a rare well-worth-the-hassle Record Store Day release), complete with extensive liner notes, photographs, and of course the breathtaking sound of the albums themselves. Bits and pieces of these albums have achieved an impressive ubiquity, but there’s still nothing out there like them. – JT 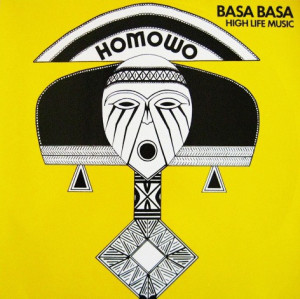 Ghanaian band Basa Basa once had the pleasure of recording with none other than Afrobeat pioneer Fela Kuti, which was enough to put them on the radar of crate diggers of vintage African records. But Netherlands-based Voudou’s reissue of the band’s 1979 album Homowo (originally titled Together We Win) departs from Africa 70’s approach by incorporating a much heavier synth-based sound, one that finds them transitioning between Afrobeat and disco. It’s funky and hypnotic, at once a sound that embodies an analog warmth and a much more sparkling ’80s production approach. On a track like “African Soul Power,” they split the difference between Kuti and Moroder, laying down a synth arpeggio before easing into an undeniable funk sound that’s undeniable yet singular. It’s tempting to point to an artist like William Onyeabor, who likewise used synthesizers in his own unique updates of Afrobeat. But that was one eccentric artist’s work, whereas this is the sound of a band’s ecstatic discovery in the studio, as much the work of inspiration and popular music’s ongoing evolution as it was the sound of musicians putting in the work of hammering out a groove. – JT 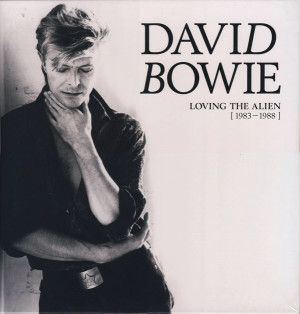 It may be strange to see this here, given that it chronicles David Bowie’s objectively least worthwhile period from the viewpoint of an average listener. And certainly, of the box sets available that both remaster and archive the history of this great artist of the 20th and 21st century, the one covering the Berlin period is clearly the superior. But it is precisely the fact that these records, save for the rightly-adored Let’s Dance, are so overlooked that, in the age of streaming where the cost of such things becomes no real barrier, the value of this box becomes clear. Contained in one place are not just touched up versions of every record, but also rarities such as Bowie’s recording of material for a Brecht performance put on by the BBC, his original material for the fantasy classic Labyrinth, as well as an entirely re-recorded version of Never Let Me Down made as a deathbed request for Bowie, fulfilling an apparent lifelong desire to touch up the drab original versions. Considering an artist by their masterworks alone both bereaves us of an image of their humanity as well as causes us to overlook the gems that are often lost in plain sight. Plus, you don’t want that gap on your cabinet when the next Bowie box drops, covering his phenomenal Tin Machine and early 90s work, do you? – LH 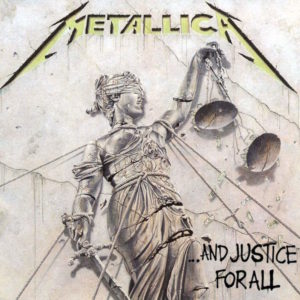 Metallica
…And Justice For All

There’s no way we would write about this record’s anniversary and not include this. Metallica continue their assault on the fiscal health of their fans with yet another super deluxe box set for this, their fourth studio record, following similar boxes for the first three. Like those previous, it contains tapes galore (sometimes literal tapes!) spanning the riffs recorded off-handed in rehearsals going back to the early ’80s that eventually made it to the final versions of these songs to the scratch demos themselves and even up to live performances following its release. It is, like the three masterful boxes released by Metallica prior to this, an archival experience, one rich with anything any armchair or serious music historian might want to know about the album. It is for that purpose that these larger boxes become essential; they lay bare what otherwise is a great mystery to music critics and historians. Oh, and for the layman: it was followed by a pretty killer standard remastered reissue of the album too, with added bass to boot. – LH 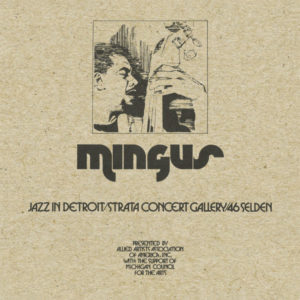 By the time Charles Mingus started to grow into the third act of his career, it was 1973. John Coltrane had passed and Miles Davis was opening for rock acts in stadiums with his fusion lineup. So while America wasn’t looking, Mingus booked and played a six-night stand, at the local black-owned business, Strata Concert Gallery in Detroit with the local WDETradio station broadcasting the 3-hour-and-45-minutes set live. Tickets were $6. Released in November as a five-CD and five-LP package from reels discovered by DJ Amir Abdullah, the lost tapes capture a lesser-known Mingus line-up that includes Detroit natives drummer Roy Brooks and trumpeter Joe Gardner along with virtuoso pianist Don Pullen, and the creative saxophonist John Stubblefield. We get vivid confirmation that Mingus was in top-notch, playing and conducting form, just six years before he would pass. Moreover, Americas finest composer next to Duke Ellington, found new solace and fire by playing directly to his people, just shy of the spotlight. – JPS 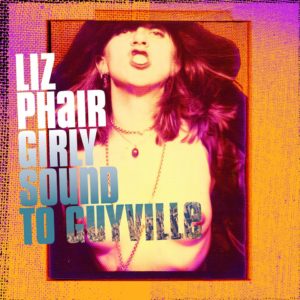 If Liz Phair came to prominence in Chicago’s ritzy, faux-bohemian Wicker Park neighborhood (the namesake for Guyville) in 2018, her 1993 masterpiece Exile in Guyville would sound a whole lot different, probably lost in the mix of algorithmic indie-poppers that will most likely soundtrack the technological apocalypse. But Phair wrote and recorded Guyville when it was still reasonable to rent a loft in Wicker Park, where the Urban Outfitters and Doc Marten stores that now tower the streets were once dive bars, pawn shops, and prime squatting locations; and that adequately captures the grittiness spread across Guyville, a somewhat confessional, no-fucks-given historical text of Phair’s unique guitar mastery and hysterical—and more often than not heart-shattering—prose. Thousands have attempted to mimic Guyville—the vast majority of which failed, miserably—but the moment the backwards time signatures of “Shatter,” the darkly tragic story on “Divorce Song,” or the tumbling, one-note rhythm of “Girls! Girls! Girls!” commences, all bets are off. Twenty-five years later, Exile in Guyville still sounds as pristine and unique as ever. – TM 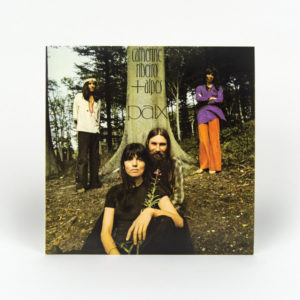 The music of French progressive folk group Catherine Ribeiro + Alpes—part of a larger scene of French art-rock that also included space-rock pioneers Gong—hasn’t been easy to find in hard copies for quite a while, at least not without fetching some high shipping costs. But Ribeiro and company have certainly had some strong advocates in Sonic Youth’s Kim Gordon and Jim O’Rourke, who may or may not have turned on a new generation of listeners to their moody, cinematic compositions. Anthology, who last year reissued a trio of essential Pharoah Sanders albums, have revived an important piece of Ribeiro and Alpes’ catalogs, with albums that display not only Ribeiro’s poetic and passionate performances, but the band’s stunning soundscapes as well. I once read a description of the group as Hawkwind with Nico singing, and that’s not too far off. It’s avant garde-ism with an eye toward the heavens, particularly on sprawling epics such as “Paix” and “Un jour…la mort.” – JT 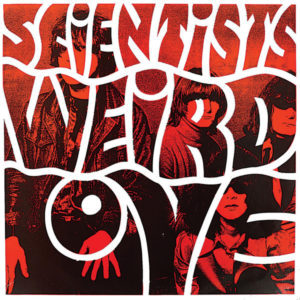 Numero Group’s superb reissue of the Scientists’ Weird Love, a record-clerk favorite and a must listen for fans of cultish punk rock (or just really good fucking records), retains and furthermore captures the Australian swamp-rock freaks’ belligerent energy and surfy tenor; it’s the perfect mix of brain-melting guitar arrangements pinned up by a relentless boogie, a groove that melts and hardens as the sleuthy screeches of front man Kim Salmon arouse, disgust, and horrify you at once. If The Scientists received the cult they now cannot escape back in 1986, popular rock music would be flipped upside down. – TM 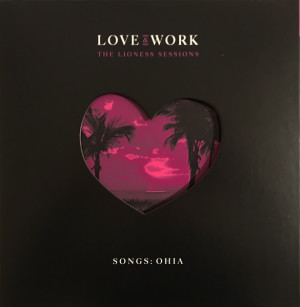 Of the many records that Jason Molina released during his too-short lifetime, The Lioness ranks as one of his most beautifully devastating. Recorded with members of Scottish slowcore group Arab Strap, it offers a full-band recording of Songs: Ohia that still feels haunting and intimate, with some of the most enchanting tracks Molina ever recorded. Love & Work makes good on a long-overdue reissue of the album, along with an entire extra LP’s worth of previously unreleased music recorded during the same sessions. Add to that a gorgeous box set package with heart-shaped window on the artwork, plus fascinating extra materials such as postcards, pictures, a guitar pick and replicas of hand-written notes from Molina, and it becomes more than a long-awaited re-release of a classic record. It’s a heartfelt tribute to the late singer/songwriter himself. – JT 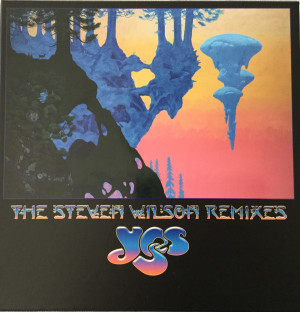 If Steven Wilson’s work with remastering King Crimson’s discography (up to the dawn of the ’90s, at least) launched his mini-career as prog rock remix/remaster extraordinaire and his work with Jethro Tull (as well as the one-off appearances for Caravan and Gentle Giant) were a sign that he was serious in the field, then this Yes box set is his masterwork contribution. King Crimson may be the most respected prog rock band outside of the field (and for good reason), but Yes are the undisputed kings within it, and the five-LP span covered in this box shows why. Comprising full remixes and remasters of every album from Steve Howe’s debut The Yes Album to the jazzy and Wakeman-less Relayer, these five albums cover the golden period of prog rock’s greatest and these remasters make it clear why. For Yes, prog is a shorthand; there are classic bits jammed up against country, folk against art pop, baroque pop against rock and roll and jazz, arranged in a breathy symphonic style. And, if we are honest: such a beautiful recoloring of Close to the Edge, prog rock’s greatest shining masterwork, is more than enough justification for even fans with passing interest. Simply the greatest progressive rock ever put to tape by any group in any era, uplifted and touched up for the 21st century streaming audience. – LH

On Didn’t It Rain, Songs: Ohia crafted hymns of solitude