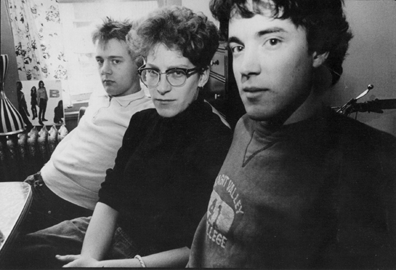 The greatest lesson that indie rock ever taught us was that a record didn’t have to sound like it cost $1 million to be good. In fact, it didn’t even have to sound like $100. Some of the best albums in our collections were made on shoestring budgets in living rooms, with four-tracks or tape recorders. The “lo-fi” movement, as it came to be known, was a product of DIY culture. Artists didn’t need a fancy recording studio to create something memorable, and more often than not, they didn’t even have to leave home. There are extremes, of course, like the recent “shit-gaze” movement. But “lo-fi” has more frequently been a force of good than of irritation. So, as a celebration of the DIY troubadours, these are what we humbly suggest are the 10 best lo-fi albums. 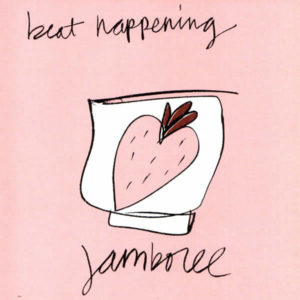 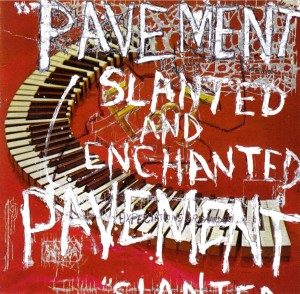 The members of Pavement were sickened by the superficiality of “high fidelity” music in the ’80s, and so on their debut, Slanted & Enchanted, they attacked the status quo with the most powerful weapons they knew — detuned guitars and laconicism. Against all odds, the resultant product was (although these seem to be strangely grandiose terms for Pavement) a landmark in pop music history; a crowning ideological achievement for lo-fi indie rock; and the work that transformed an unlikely group of scrappy geniuses into the fathers of modern indie rock. Forged by the unbridled energy of irreverent twenty-somethings with a statement to make, it truly embodies the characteristics suggested by its title — “slanted” in its rendering, which consists of a set of perfectly catchy pop songs completely deconstructed and turned inside out; and “enchanted” in the magical, lightning-in-a-bottle vibrancy that has made the record so loved in the decades since its release. – CB 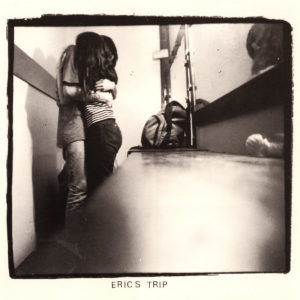 A band named for a Sonic Youth song probably set up some weighty expectations at the time, but in retrospect, it’s hard to imagine a lot of indie rock bands, particularly a noisily melodic outfit like No Age, existing had Eric’s Trip not come along in the early ’90s. The Canadian foursome brilliantly bridged the divide between punk, pop, shoegaze and folk on their stunning debut Love Tara, which does an astonishing amount with a little. Tape hiss plays a pretty big part in the album, though not to the point that it distracts from the crunchy noise rock assault of “Follow,” or the beautifully fuzzy slink of “Secret for Julie.” To call Eric’s Trip underrated doesn’t quite cover it; this is everything great about indie rock in 37 brief minutes. – JT 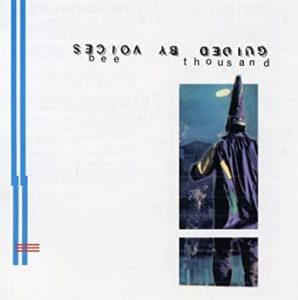 There’s no such thing as a best lo-fi indie albums list where GBV wouldn’t make the cut, but for their first several albums, Robert Pollard & Co. were a pretty straightforward (albeit awesome) indie rock band. While it was not their first album to experiment with low fidelity recording techniques and a favorable attitude towards a raw aesthetic, Bee Thousand marked the merger of lo-fi experimentation and GBV’s earlier, straight-faced heavy rock. Consisting of 20 short yet delectably intense tracks, Bee Thousand takes the listener on a muddy, trippy journey through raw rock songs that aren’t afraid to venture into the realm of pop minimalism. For better or worse, this was the album that GBV would be compared to for the rest of their career, especially during the recent reunion of the Bee Thousand line-up. But whether or not you agree that Bee Thousand is the ‘classic’ Guided By Voices album (there are, indeed, many stellar options to choose from), no one can deny its place as a mid-`90s lo-fi monument. – AK 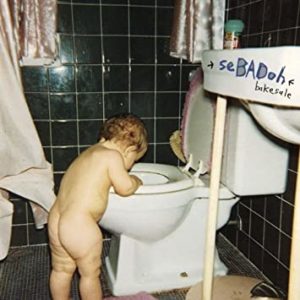 Lou Barlow knows his way around a four-track, be it with Folk Implosion or his extra raw solo acoustic material in Sentridoh. With Sebadoh, Barlow & Co. maintained that lived-in rawness, but rocked pretty hard while doing so. “Lo-fi” doesn’t have to equal “amateurish,” which Bakesale makes perfectly clear. The album is classic indie rock with an ear for melody and energy to spare. That the band leaves little in the way of sheen makes the guitar on “License to Confuse” sound that much more abrasive, and the bass on “Dreams” buzzes with that much more intensity. It’s almost as if the choice in fidelity is strategic… – JT 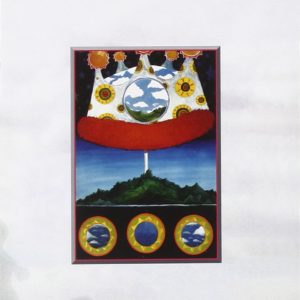 This list could have easily transformed into “10 Essential Lo-Fi Elephant 6 Albums,” if pressed, though that would be redundant. The loose, Athens, Ga. collective produced its share of fuzzy gems, though none quite as sprawling and befuddling as this psychedelic pop effort, an album soundtracking an “Unrealized Film Script.” It’s lo-fi, certainly, but more than that it’s a journey through sound in its many forms, from the opening fuzz-pop of “The Opera House” to the disorienting acid trip that the multi-part “Green Typewriters” presents. It’s a work of genius to say the least, and sadly, one of the songwriters responsible for this genius, Bill Doss, passed away this summer. But we’ll always have this joyful and overwhelming piece of imagination to remember him. – JT 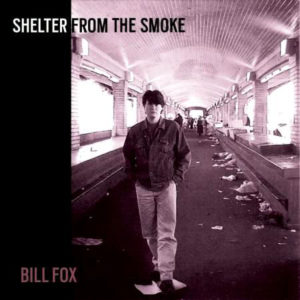 Unless you were plugged into Ohio garage rock scene in the ’80s, Bill Fox would be just another Fox, William in the Cleveland phone book. Fox was a member of a local pop band called the Mice, which split in 1988, though he kept writing songs and in 1996 he released the demo-sounding Shelter From The Smoke on a tiny local label. (SpinART reissued it a couple years later.) Very few people heard it, but those that did would have heard the chiming simpatico of “Over and Away She Goes,” and the sly, witty, folk-pop of “Singin’ A Melody.” There’s not a bad song in the bunch. Fox’s career got a boost from a 2007 story in The Believer by writer Joe Hagan, which prompted another reissue. It makes you wonder what other lost pop songs there are out in the obscure pockets of the American musical firmament. – SC 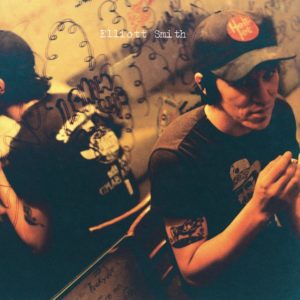 Elliott Smith always had ambitions well beyond a simple four-track setup, and he soon took advantage of a major label budget on the lushly arranged XO. But the late Portland singer-songwriter made lo-fi craftsmanship into high art on either/or. The click at the beginning of opening track “Speed Trials” sets the stage for an opus of crackle, double-tracked vocals and intricate guitar work that still doesn’t get recognized for the gentle wizardry it is. Fans can argue over which Elliott Smith album contains his best songs, and while either/or is one of the better answers, it’s a triumph for no other reason than that those amazing songs (“Angeles,” “Say Yes” and “Between the Bars” chief among them) don’t really require much to sound amazing. – JT 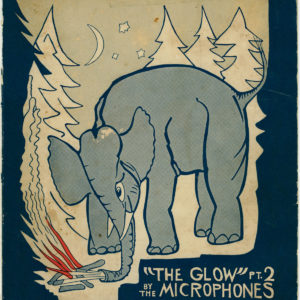 Much like fellow Washingtonian (and sometimes collaborator) Calvin Johnson, Phil Elverum has been making outstanding lo-fi albums for years under a number of different names, most prominently with The Microphones and Mount Eerie. With 2001’s The Glow Part 2, an ambitious epic that spans from folk to psychedelic rock and passages of dark ambience, Elverum showed just how massive an album can be made on humble means. The depth of the album outshines that of most albums with 10 times the budget, taking the listener through various stylistic shifts, gorgeous melodies and heady, twinkling arrangements. That Elverum continues to make outstanding, surprising albums at a pretty regular rate only bolsters his reputation of one of the all time indie rock greats. – JT 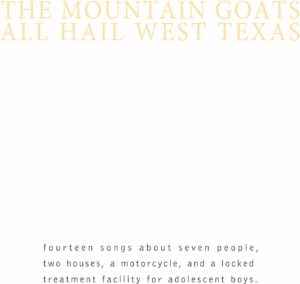 John Darnielle is now a decade removed from his home-recorded four track days, having embraced higher budget production with 2002 Tallahassee. Yet since the mid-’90s, Darnielle has been documenting his scruffily articulate stories via simple, static-ridden means. The best of these bedroom tapes, 2002’s All Hail West Texas, was also the last of the era, closing out the lo-fi version of the Mountain Goats with some of the best songs Darnielle has ever penned. The gorgeous “Jenny” serves as a preview of the uncomfortable domestic scenes portrayed in its follow-up, while “The Best Ever Death Metal Band in Denton” is probably the only indie folk anthem to climax in a chorus of “Hail Satan!” Hail John Darnielle! – JT