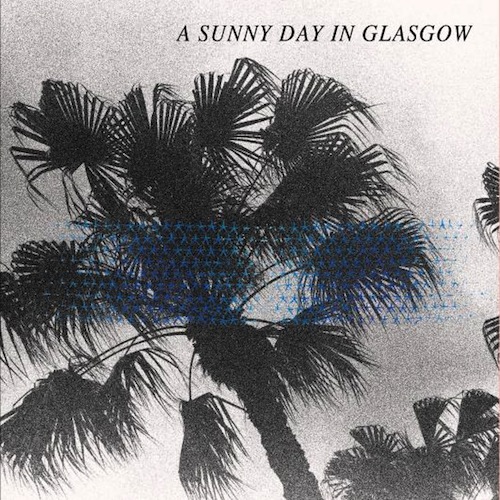 A significant portion of what was dismissively called England’s “scene that celebrates itself,” the shoegaze genre for the most part ended up eating its own tail. Of its originators, only the noisiest and airiest survive today, and only after long periods of dormancy. But the bands who made more accessible pop with similar weathering of distortion, echo, and delay? Ride, Catherine Wheel, Cocteau Twins and the like, their ghost tendrils stretch on into today’s music, affecting potential hits and hitmakers maybe more than Slowdive’s glacial movements or My Bloody Valentine’s nebulous spaces.

The sextet A Sunny Day in Glasgow use their fourth album, Sea When Absent, to pull back an obscuring curtain or two on their brand of fuzz. The results boldly suggest joy or playfulness, emotions almost unknown to mk. 1 shoegaze artists and rarely seen in new-school shoegazers beyond, say, School of Seven Bells. Indeed, they feel like a welcome replacement to plug into SVIIB’s sad and sudden vacancy in the indie-rock spectrum. ASDIG’s technicolor dream-pop conveniently hits some of the same sprightly lady-pop-meets-Krautrock touchpoints of these peers in songs like “Crushin’.”

The group, however, are more than capable of gleefully muddying the waters in their own fashion. Sea When Absent is full of lush moments—both lowercase and uppercase L—like “MTLOV (Minor Keys)” and especially “Oh, I’m A Wrecker (What to Say to Crazy People),” propelled by obvious melody and inscrutable lyrics. The band also twist quiet synth-pop into guitar screams on “Boys Turn Into Girls (Intiation Rites),” and there’s a booming, metallic post-punk stomp to “Byebye, Big Ocean (The End)” and “The Things They Do to Me.” But really, the crux of this album rests in second song “In Love with Useless (The Timeless Geometry in the Tradition of Passing).”

Essentially based in Philadelphia, for this album A Sunny Day in Glasgow members contributed remotely from Brooklyn to Sydney. They were empowered enough by nonlinear recording and cut-and-paste production to feel comfortable doing things like jamming a heavily filtered refrain in the gut of “In Love with Useless.” It comes off like a bizarro version of Carl Carlton’s “Everlasting Love” and reminds me not of shoegaze per se but of Yerself is Steam, the first great release from psychedelic pop act Mercury Rev. That 1991 album tore apart conventions of what straightforward indie-whatever music was supposed to sound like. Sea When Absent acknowledges this and many other foggy influences while springboarding ASDIG to a promising future.

Micachu and the Shapes – Jewellery

Tags
A Sunny Day In Glasgow