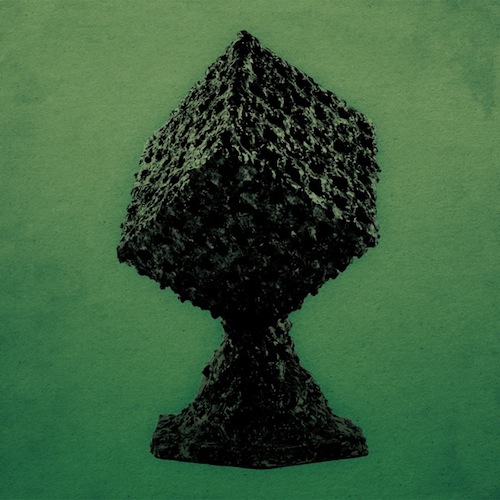 The best starting point for any young band is with a batch of good songs. For the most part, nothing else really matters. It will eventually—at a certain point you need to start dressing for the job you want—but it’s the songs that ultimately define and introduce the band. Without them, you might as well just form a book club. No amount of banter, wardrobe or amplifier tone is going to make you any better.

Merchandise gets it. The Tampa, Florida post-punk group — which grew out of playing in the city’s DIY punk and hardcore scene — arrived with essentially nothing but good songs. Their 2012 debut album Children of Desire had a raw, unfiltered sound that echoed their DIY roots and aesthetic, but it spoke even greater volumes about the band’s ambition. They were aiming for something beyond a charming, home-recorded sound, even though their fidelity retained a bit of fuzz while doing so. Their second album Totale Nite felt similarly raw, but there was a sense that Merchandise was on the cusp of something bigger. Beneath all the fuzz, no wave sax and dramatic croons, there was a pop album lurking beneath.

Third album After The End — the band’s first for 4AD — is that pop album. Not that we didn’t get the warning; frontman Carson Cox said in a press release, “We’re going to re-make ourselves as a pop band, but it’ll still be a twisted reality.” He pretty much nailed it. After the End is a brighter and crisper album, yet in its songwriting still sometimes feels a lot like the group playing house shows and releasing self-made cassettes back in 2011. But that band has grown up a bit, has the advance to splurge on better quality studio equipment, and sounds a bit more comfortable trading their shadowy mope for some shimmering new wave hooks. And as luck would have it, the group is actually quite adept at intertwining those flashy hooks with their brooding aesthetics. The jangly hooks of “Enemy” feel like a complete rebirth for the band, casting off the mantle of Joy Division in favor of Duran Duran, with a gentle dial-up of sass for good measure (“What if I don’t want to pray to your god everyday?/ I just want to sing for myself/ This way“). “True Monument” is far more tuned in to ’90s alt-rock than ’80s — which, it turns out, is a good look for the band — and the heroic “Green Lady” finds the band taking influence from a more surprising, if welcome muse: Prince.

Then again, for all the Revolution-sized sounds in “Green Lady,” they don’t wallpaper over the emotional and dramatic band at the heart of Merchandise; they actually bring them closer to the fore. Greater production clarity only shines a brighter light on Cox’s introspection and intense existential moments. Just check the lyric sheet: “Patience left you in the ocean/ Reason left you out at sea/ I’m through with begging for approval/ Now I’m asking to be free.” No, Merchandise isn’t shaking off their darkness, but rather finding better ways to present it other than via walls of treble-heavy, distorted guitars. “Looking Glass Waltz,” for instance, is one of the prettiest songs the band has ever released, like a lighter and looser version of The Smiths’ “That Joke Isn’t Funny Anymore.” Meanwhile, the title track is one of the few seven-minute songs in the band’s catalog to earn its length, slowly unfolding via gothic piano like The Cure at their peak, or Depeche Mode circa Music for the Masses. These are some hefty giants to stand on, but Merchandise seems to have had no trouble making the ascent.

A Sunny Day In Glasgow – Sea When Absent

The Smiths – Meat Is Murder