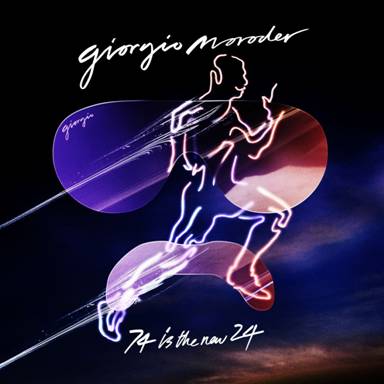 Giorgio Moroder made something of a comeback last year with his work on Daft Punk’s Random Access Memories, in addition to his rarity stuffed Soundcloud page. But it looks like there’s even more music in the famed Italian disco producer’s future. RCA Records just announced that Moroder has signed with the label, and that he’ll deliver a brand new studio album in early 2015. The album doesn’t yet have a title, but it will feature an impressive list of collaborators, including Kylie Minogue, Charli XCX, Sia, Mikky Ekko and Britney Spears, among others. But while we wait for more information about the new Moroder album to be released, we’ve got something new to listen to.

“74 is the new 24” is the first single to be released from the as-of-yet untitled album, and it’s loaded with lots of trademark Moroder flourishes — pulsing synths, vocoder, etc. But there’s a modern production feel about it that updates Moroder’s style for the ’10s. We probably don’t have to tell you that it’s an absolute jam. You can hear the new Giorgio Moroder song, “74 is the new 24,” for yourself below.

Several Giorgio Moroder productions were featured on our list of 10 Essential Disco Albums.