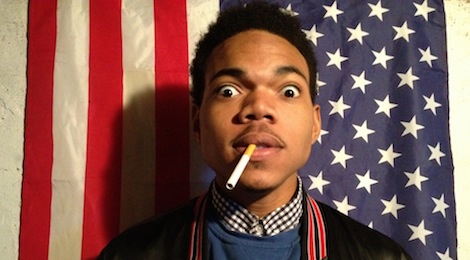 Chance the Rapper has already announced that he’s releasing an album this year called Surf, which he’s recording with his band Donnie Trumpet and The Social Experiment. In fact, it’s one of our most anticipated albums of spring 2015. But Chance is also working on his debut full-length and proper follow-up to 2013’s Acid Rap. And he’s bringing some good company along for the ride. A new GQ profile on Chance notes that his debut LP will feature appearances by Andre 3000 and Frank Ocean, as well as J. Cole. And that’s all the information that’s out there for now, though Andre and Frank on your album is a pretty major coup in hip-hop.

In the meantime, Surf is still on the horizon, though there’s not that much information to go on, other than a series of tracks released via Soundcloud. The group did release an album teaser this week, however, which stars English model Cara Delevigne. You can watch the teaser below.

Chance the Rapper’s Acid Rap is one of our Top 100 Albums of the Decade So Far.