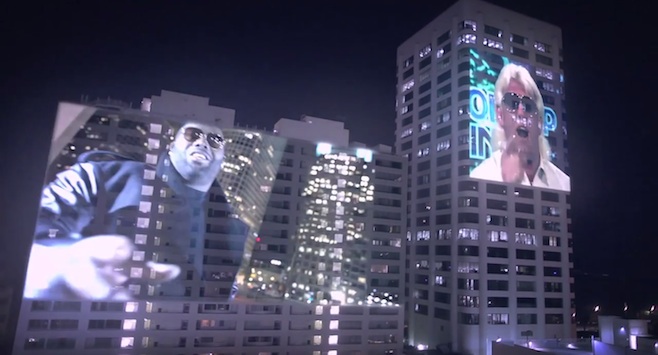 Killer Mike has been spending most of his time lately touring and doing press in support of Run the Jewels 2, which was Treble’s Album of the Year in 2014. But last night, Mike took a break from Run the Jewels activities to share a music video for an album that came out nearly four years ago. “Ric Flair” was one of the highlights from 2011’s Pl3dge, which came out in 2011. And now, four years after the fact, Killer Mike has released a video for that track, directed by Travis Nelson, and it’s a damn fun time. The clip features images of both Mike and the one and only Ric Flair projected onto skyscrapers. So if you’re a fan of wrestling, hip-hop, or both, then this could very well be the video for you. Watch the Killer Mike “Ric Flair” video below.

Speaking of Ric Flair and professional wrestling, read our list of 10 Essential songs from Pro-Wrestling.