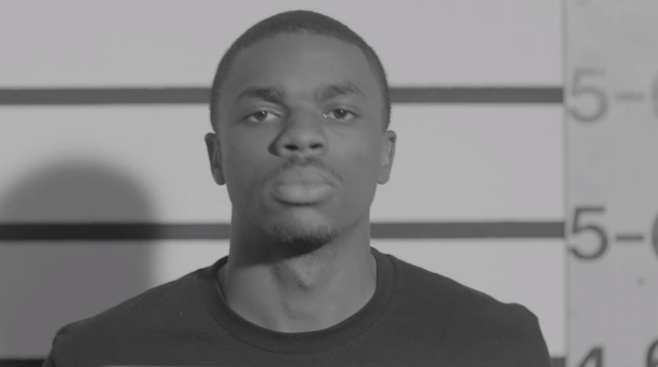 Vince Staples has just shared the new video for his latest single from the newly released Summertime ’06 (which was a recent Album of the Week right here on Treble), for “Norf Norf.” The clip is shot in black and white, and builds on the song’s recurring refrain of “I ain’t ran from nothing but the police.” The clip begins with Staples sitting in the back of a police car, and from there, the Long Beach emcee gets taken on every step of the booking process. He poses for mug shots, sits through a hostile interrogation, gets fitted for a jumpsuit and then, ultimately, locked in a cell. It’s dark, and suits the subject matter of the song appropriately. Summertime ’06 isn’t exactly a party album, and there’s no party happening here. Still, it’s a compelling video, and you should definitely give it a viewing.