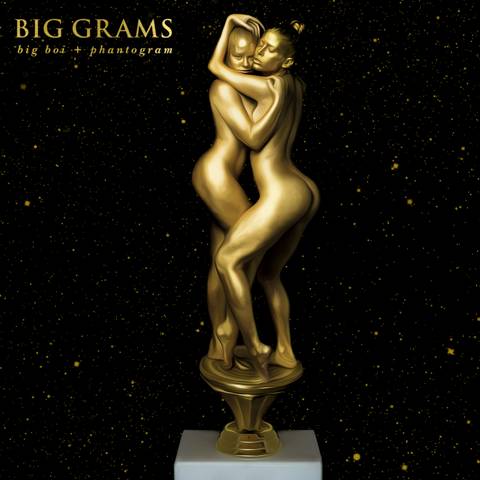 Big Boi and Phantogram have long been talking about an upcoming collaboration, which for a while was speculated to be featured on Big Boi’s eventual follow-up to 2010’s Sir Lucious Left Foot: The Son of Chico Dusty. It turns out, however, that the two artists are coming together as their own supergroup: Big Grams. On September 25, they’ll release their first collaborative EP, titled Big Grams, via Epic. It also features guest appearances by Skrillex and Run the Jewels. That’s the gold, nude album art above.

In an interview with Pitchfork, they revealed that Phantogram’s Josh Carter and Sarah Barthel are an “Aquemini,” just like Big Boi and his Outkast partner, Andre 3000, and that there were no specific limitations on the music they made: “What I think makes us a good team is—Big Boi and OutKast and Phantogram, we make pretty limitless music,” Carter says. “It was just a fun project between friends, creating something extraordinary.”