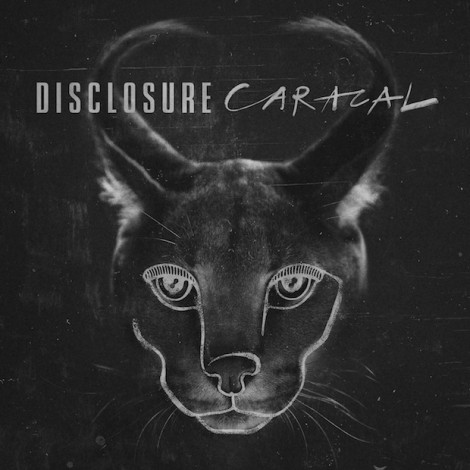 There’s a reassurance that comes at the end of Caracal, a 52-minute, near-interminable collection of mid-tempo house tunes that serves as Disclosure’s second full-length LP. And that reassurance is this: Settle still holds up, at least.

Caracal is a relative failure, of course. There are plenty of good songs on the album, most of them released in advance as singles. But rarely, if ever, does the album manage to capture the hungry energy or the sly sense of humor that made Settle stand out among its genre contemporaries. In comparison, this record sounds positively complacent and encourages the notion that maybe, just two years after their breakthrough, Disclosure themselves have settled.

Many of the sonic hallmarks that defined Settle are present on Caracal, and while it really is to their credit that Disclosure have made that pulsing atmospheric synth wash a trademark of sorts for themselves, it’s trotted out so frequently here that weaker songs like “Jaded” struggle to develop identities of their own. And while criticizing the band’s slavish adherence to 4/4 beats might be akin to criticizing Law & Order for always focusing on crime—that’s just how the genre works—there are ways to avoid being repetitive that Disclosure have succeeded at before that just aren’t at play here. Songs like “Hourglass” and “Superego” are serviceable party tunes, but what do they accomplish that any track on Settle didn’t pull off with more aplomb?

A lot of it comes down to personality. Settle had the cheeky streak of a street magician, desperately wanting to impress but also hoping to keep its audience slightly off-balance. The titular sample of “When a Fire Starts to Burn” mutated from a grating joke to a catchy hook in less than five minutes, which, as an introduction to Disclosure’s debut LP, seemed as much a challenge to themselves as it did to the listener. Or, take “Voices,” which established and stuck to a straightforward 4/4 beat right until the synth lead at the beginning of the chorus slipped in half a count too late.

Tricks like that gave Settle an unpredictable energy but on Caracal, even the catchier tunes lack that kind of sleight of hand. “Omen” is a fine song, but the surprise of Smith’s falsetto was already spoiled by the chorus of “Latch.” As such, “Omen” fails to reveal anything new or interesting about either collaborator. It’s enjoyable, but it’s a recap. Only standout “Holding On,” which loops Gregory Porter’s vocals into a substitute synth wash, shows much effort by Disclosure to expand their sonic palette, and even then, it’s in small steps.

With other collaborations, Disclosure maintain such a firm grip on the music that’s hard for the vocalists to establish any personality for themselves, either. Lorde does the best out of anyone here; the sensuality she exudes on “Magnets” wasn’t something we heard on Pure Heroine, and it’s one of the few moments on Caracal that feels like a genuine discovery. Usually, though, it feels like Disclosure are playing to their own established strengths rather than the strengths of their collaborators; The Weeknd and Miguel, arguably two of R&B’s three reigning kings (wherefore art thou, Frank Ocean?), don’t make much of an impression, nor do any of the lesser-known vocalists. They’re simply buried in Disclosure’s established aesthetic.

There are bright moments on Caracal—“Holding On,” “Magnets” and closer “Masterpiece”—but it’d be hard to argue for those moments as equals to even some of Settle’s lesser tracks, because at least those ideas felt (and still feel) fresh. If Caracal marks the sound of Disclosure exhausting their current store of ideas—and it certainly feels like it—that leaves us with the possible reassurance that the Lawrence brothers’ next album will see them once again trying to impress and surprise us with something unexpected.