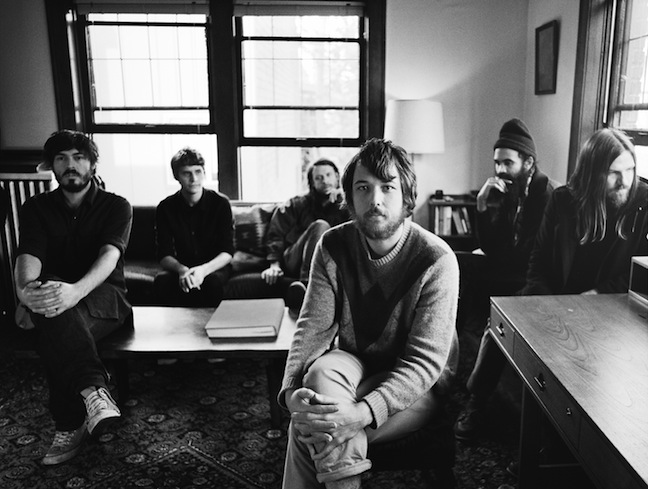 It’s been a little while since we’ve heard from psychedelic folk outfit Fleet Foxes. Their last release was 2011’s Helplessness Blues, which was one of our favorite albums of the decade so far. Since then, however, frontman Robin Pecknold has been busy going back to school for his undergraduate degree from Columbia University. Last night, Pecknold released his first new recording in years, a cover of The Five Keys’ classic R&B track “Out of Sight, Out of Mind,” originally recorded in 1956. The cover was posted to Soundcloud and included the note, “Happy holidays – here’s a cover,” on his Facebook page. Pecknold’s version of the track is alternately dreamy and noisy, and considerably different than the original recording. It was also posted with a photo of Japanese writer Yukio Mishima because, according to a Facebook post from Pecknold, it “jus seemed to rhyme.”

Listen to Pecknold’s recording of “Out of Sight, Out of Mind” below.