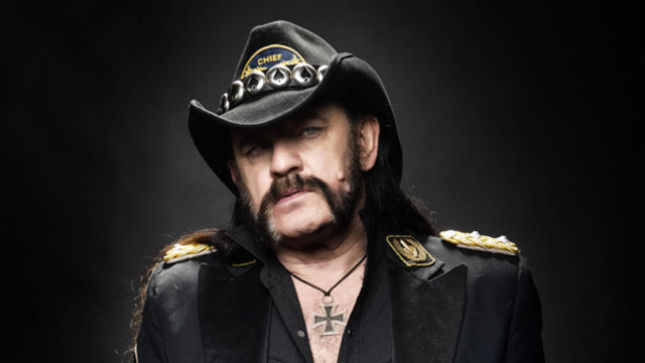 Sorry to report that I have confirmed Lemmy @myMotorhead has passed away just now at the age of 70. RIP to a true original icon of rock.

Kilmister had been diagnosed with cancer on December 26, according to a post from Motörhead via Facebook, and died just two days later. “We cannot begin to express our shock and sadness, there aren’t words,” the post reads. “We will say more in the coming days, but for now, please…play Motörhead loud, play Hawkwind loud, play Lemmy’s music LOUD. Have a drink or few. Share stories. Celebrate the LIFE this lovely, wonderful man celebrated so vibrantly himself.”

Kilmister had been having health problems of late, which he spoke about to Classic Rock: “I’m sick of the fucking, ‘Are you going to die?’ line of questioning. It’s getting really old, that question. I’m alright. I’m going out there and doing my best.

“I have good days and bad days but mostly I’ve been doing alright. The last tour of the States was very good.”

Born on Christmas Eve, 1945 in Stoke-on-Trent, England, Lemmy began playing music in the early 1960s as a teenager in bands such as The Rainmakers and the Motown Sect, before joining Hawkwind in 1972, whom he played with until 1975, when he was fired from the band. That same year, he started up Motörhead with Larry Wallis and Lucas Fox, though the lineup has changed several times in the past 40 years.

Through albums such as Overkill and Ace of Spades, Motörhead became a seminal band in shaping the sound of heavy metal, though Lemmy has always referred to their sound as simply “rock ‘n’ roll.” Their influence on heavy music is immeasurable (and Ace of Spades was even close to the top of our Top 100 Metal Albums list). And Lemmy Kilmister is, and was, Motörhead.

Ozzy Osbourne has also shared his own Twitter tribute to Lemmy:

Lost one of my best friends, Lemmy, today. He will be sadly missed. He was a warrior and a legend. I will see you on the other side.