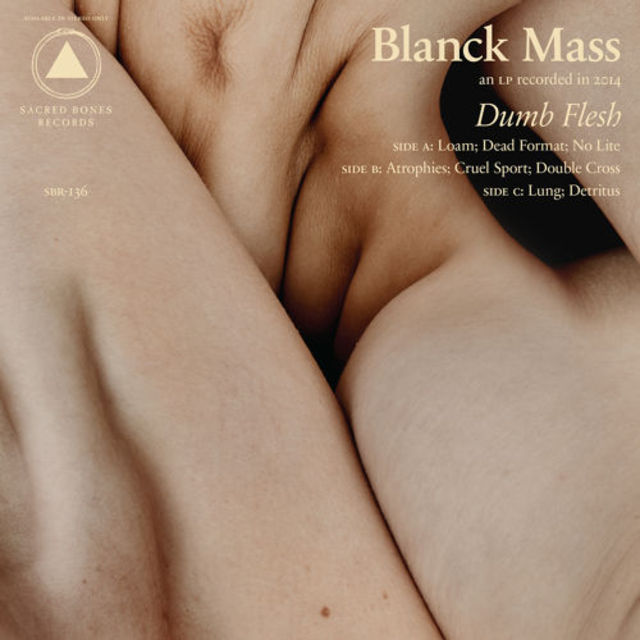 We’re finishing up the year by giving the platform to individual writers to share some their top 10s and personal favorites of the the best music of 2015. Today’s spotlight is on editor in chief Jeff Terich.

I didn’t expect to like the second album by Blanck Mass as much as I did, partially because the 2011 debut album by Fuck Buttons’ Benjamin John Power didn’t leave that much of an impact. It was fine, just nothing as awe-inspiring as anything by his other, much noisier project. But this was different. Power found his groove. This album is a flashy, psychedelic journey into industrial weirdness that proved much more immediate, infectious and, yeah, sexier than anything he’d released before. The album, as a whole, provided a pulsing backdrop for a good chunk of the year’s second half for me, in particular its spectacular single, “Dead Format.”

During the spring, I found myself digging deeper and deeper into an Afrobeat and Afro-funk wormhole through which I didn’t care if I ever escaped. I had recently been exploring the back catalog of William Onyeabor, as reissued via Luaka Bop (“Good Name” is the jam), and from there I discovered Joni Haastrup, whose Wake Up Your Mind is one of the funkiest albums I’ve heard in a long time. And after that, I soaked in the fuzzy, psychedelic funk of Marijata. Recently, I’ve also been listening to some King Sunny Adé, as well as revisiting Fela Kuti albums that I already knew and loved. Other than that, it’s mostly been an endless stream of obscure post-punk that’s fueled my dark cravings.

Deafheaven’s New Bermuda was an album that consumed my attention this autumn. I didn’t know how the band could top Sunbather, but they did, with an album even more powerful and emotionally draining than its predecessor. In fact, metal defined a lot of my year, and the other album that I never went too long without hearing was Tribulation’s Children of the Night, which blended gothic darkness with classic metal for a cathartic and extra-fun listen that I craved and the genre sorely needed. But by and large, everything that really captured my attention this year reveled in darkness, whether the mundane small-stakes variety a la Courtney Barnett, in introspective and socially conscious style via Kendrick Lamar and D’Angelo, or in albums that basically heralded the best year for goth in maybe decades, such as Chelsea Wolfe or The Soft Moon. And unlike my esteemed colleague Stephen Chupaska, I found Algiers’ debut to be one of the few albums I listened to over and over again, enjoying it more and getting more out of it each time.

Savages at FYF Fest (and also at St. Vitus Bar in Brooklyn)

Without a doubt, the best live band I saw in 2015—and arguably the best live band of 2015, period—was Savages. Next year, the London post-punk group is finally releasing their follow-up to Silence Yourself, and they previewed a lot of those songs live during various shows throughout the year, including recent punk rock charger “The Answer.” The new songs carried as much muscle and intensity as their established debut album’s standouts did, albeit with an even more powerful stage presence to deliver those amazing sounds. Jehnny Beth is a hell of a frontwoman, commanding the crowd’s attention with not only her vocals and charismatic presence, but some acrobatic feats at that. I only hope I’m lucky enough to be able to see the band again in 2016.