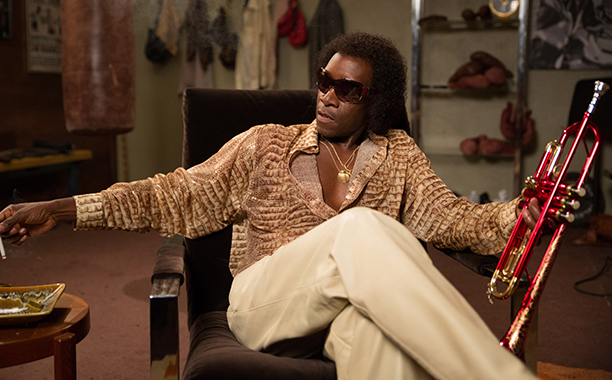 Miles Ahead, the new biopic about the jazz legend—depicted and directed by Don Cheadle—is being released in theaters on April 1. Today, the first trailer for the film has been released, courtesy of Entertainment Weekly, featuring Cheadle in various stages of Davis’ life, and Ewan McGregor as a writer from Rolling Stone.

The narrative of the film primarily follows Davis in the late ’70s, during a period in which Davis wasn’t releasing new music, and in the two minute trailer, there’s a surprising amount of action involving the chase of a stolen recording session. There are even a few gunshots fired. Pretty intense stuff! But then again, Miles Davis was a pretty intense person. Watch the Miles Ahead trailer below.

Read our Celebrate the Catalog feature on 20 of Miles Davis’ most famous albums.