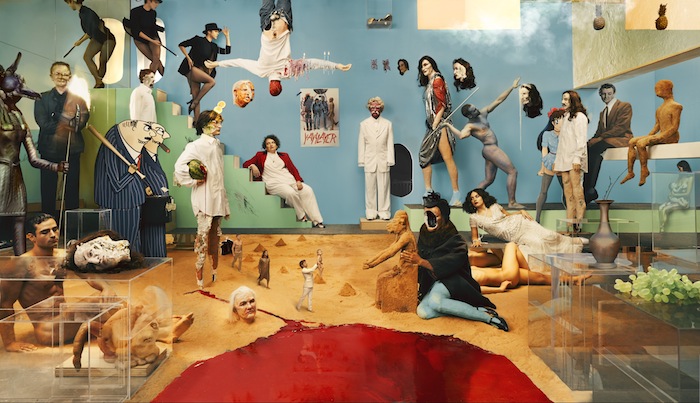 Yeasayer have just unveiled another new track from their upcoming album, Amen & Goodbye. Today they released the audio for album track “Prophecy Gun,” via a new video that shows off details of the panoramic artwork from the album’s front cover. Lots of weird stuff is happening in the clip, including a big and messy pool of blood, someone buried up to his head in sand, an alien beast thing that appeared in a past Yeasayer video, a hollow head with quartz inside, and various other bizarre things. The album art, designed by David Altmejd, can be seen above, and the video below.