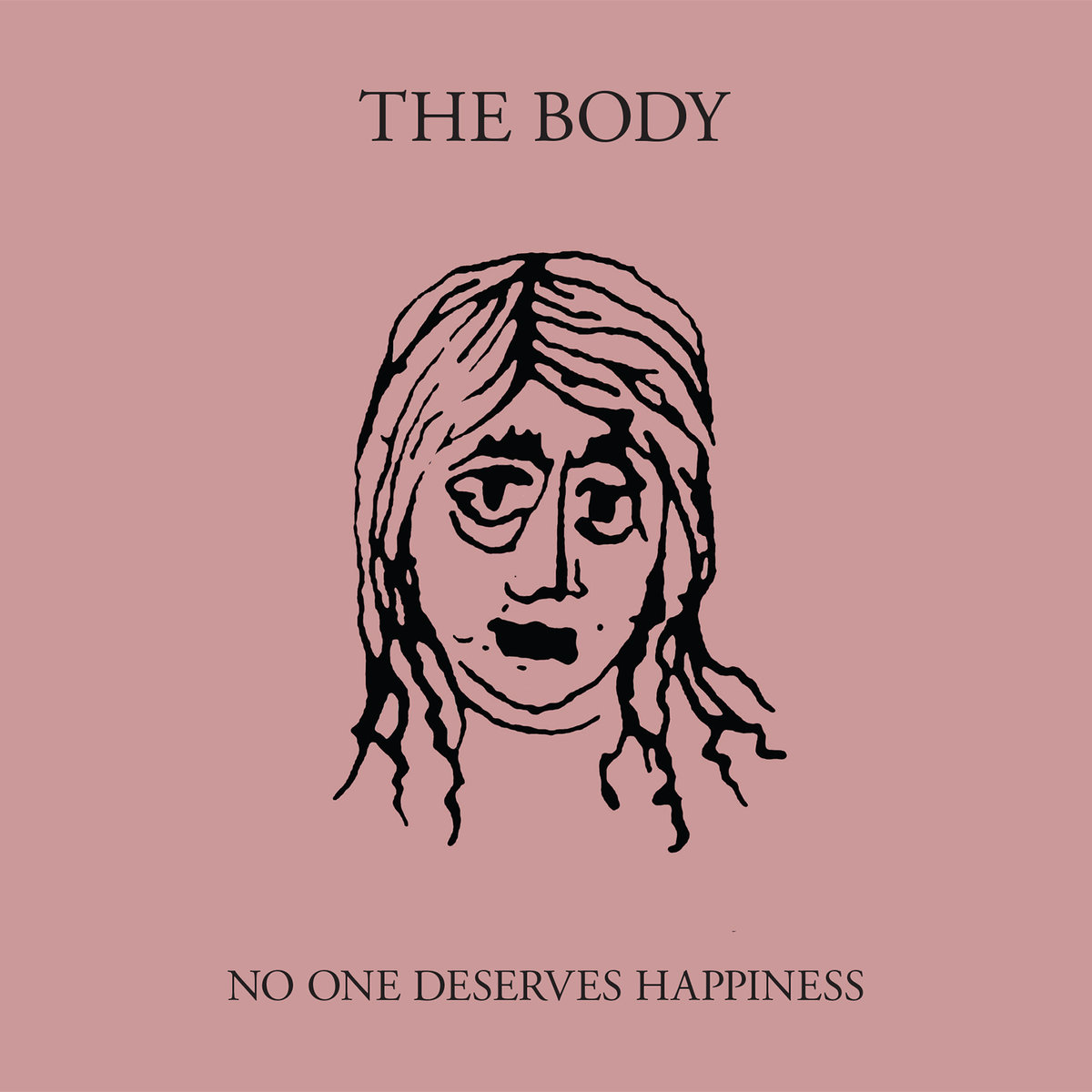 For as long as The Body have been releasing records, they’ve been engaged in an ongoing campaign to obliterate expectations about heavy music. The Portland-based duo—formerly of Providence, Rhode Island—has released few, if any, albums that purely comprise one style of metal, whether it’s stirred with ethereal choral beauty on 2010’s All the Waters of the Earth Turn to Blood or shrouded in dark, electronic production as on 2014’s I Shall Die Here, their collaboration with The Haxan Cloak. The Body has covered a lot of ground, some of it beautiful and some of it almost antagonistically abrasive, but even considering the breadth of their domain, there are still worlds left to conquer.

With the Thrill Jockey-released No One Deserves Happiness, their sixth album—eleventh album if you count co-credited collaborative releases—The Body tread aggressively upon the fertile frontier of pop music. Their stated goal in recording it was to make “the grossest pop album of all-time,” which is an interesting filter through which to hear these 10 crushing, noise-ridden electronic sludge tracks. Now, any person who has actually listened to pop music could rightly argue that this is something else entirely, as The Body’s version of pop shares more in common with Godflesh-style industrial metal than, say, Beyoncé, whom the band has cited as an influence on the album. And yet there’s undeniable approachability about the music on the record that even the most accessible moments on past records by The Body didn’t have. This surely is some kind of pop music, however fucked up the execution.

What makes The Body’s own demented spin on danceable, electronic tropes work is the strength of the songs themselves. The first two tracks on the album, “Wanderings” and “Shelter is Illusory,” are the catchiest tracks on any release by The Body, full stop. With the latter, their execution is more explicitly geared toward sounds that resonate on a visceral level—scratchy wah-wah guitar, pulsing industrial disco beats and the expressive vocal presence of Maralie Armstrong of Humanbeast. Armstrong likewise plays a crucial role in the former, her gorgeously layered ethereal wave vocals counteracting the gothic churn that plays out underneath. Both tracks are still heavy, and they both on some level still carry many of the characteristics that can be heard in all of the band’s albums, including Chip King’s menacing Godzilla screech. But they hit the pleasure centers more directly, and open up their sound in more interesting ways, revealing both a depth and an unexpected capacity for joy, in spite of the nihilistic outlook it accompanies.

Where The Body let go of some of their outright musical misanthropy, they never let go of their heaviness. “Hallow/Hollow” is a prime example of the beastly power of which they’re capable, its darkly crushing stomp a venomous reminder that their chosen path will likely never not involve eardrum-piercing volume. They leave a greater impression when they marry a pop sensibility to the gnarliest sounds at their disposal. “Two Snakes” is one such track, its bass-heavy electronic beats pairing impressively with discordant sludge chords on a descent toward Hell’s dancefloor. There’s a similar hybrid of accessibility and intensity to “Prescience,” but in a quieter way, King allowing more space between his guitar chords as the duo rides an extended death-rock dirge toward a breathtaking climax of horns.

The Body likely haven’t come close to exhausting their limits in terms of what they can do within a metal framework. Yet they’ve looked well outside of metal’s familiar norms in order to do so, resulting in their best album to date. In an interview last month, King said, “we’re working on making an impact without necessarily turning it up.” The impact of No One Deserves Happiness is deep, with repercussions that potentially ripple beyond metal. This time around, they’ve succeeded in obliterating what we know about pop.

Godflesh – A World Lit Only by Fire

The Body and Thou – You Whom I Have Always Hated