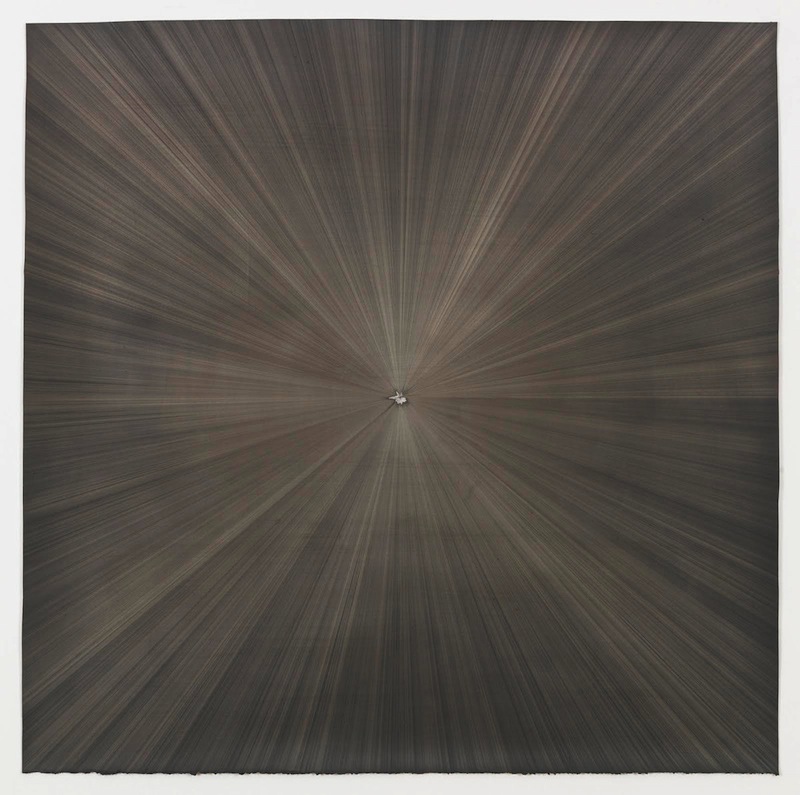 The members of Chicago drone/black metal band Locrian have been pretty busy of late. Last year, the group released Infinite Dissolution, which was one of the highlights in heavy music last year. And earlier this year, the group’s Andre Foisy released an album with his new band Lake of Violet. This month, however, Locrian’s Terence Hannum has another new project to share, called The Holy Circle, which also features Erica Burgner-Hannum and Nathan Jurgenson. Their new self-titled cassette is out this month via Accidental Guest, and the group plans to release their debut album in the winter, produced by J. Robbins (Jawbox, Burning Airlines).

Today, we’re premiering the video for the synth-driven opening track from the EP, titled “Paris,” which features some cool animation of some eerily lava-like diamonds and bubbles that seem to be taking over a recording studio. The video is directed by Nick Rosendorf, and the band released a statement about it:

“The video for The Holy Circle’s “Paris” takes place in a liminal space incorporating an idiosyncratic and idealized subset of Parisian associations. A scene reminiscent of Joseph Beuys’ “Plight” is inserted into a recreation of Le Corbusier’s Villa Savoye. Plight’s piano is replaced by a Moog and a microphone, encircled by cylindrical grey baffles. The architectural mass of the house is progressively filled with a dynamic torrent of luminant spheres and dodecahedrons. The spheres emanate from a exterior point above the patio of the structure and enter through it’s apertures. The dodecahedrons emanate from within the central stairwell. The expected interior/exterior and active/passive associations here are purposely confused. The collisions and drift-like massing of the dynamic bodies could be seen as analogous to (Inter)personal relations and connections – to negotiation and compromise. These bodies act upon – but never completely destabilize – the instruments and the scene. They fill the domestic interior, just as ideas and memories populate our individual interiorites.”

Read our feature, Extinction Agenda: An interview with Locrian.