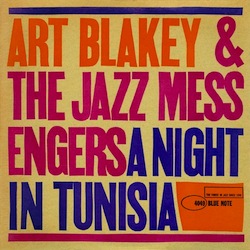 Conservatives dislike the reinterpretation of standards unless it accommodates their doubling. With that in mind Jazz could be seen as their theoretical nightmare as the musicians permute touchstones and expand the conscious and cultural abilities of songs. Look at Coltrane’s virtuosic modal adaptation of Rodger and Hammerstein’s “My Favorite Things” which harbingered Outkast’s hectic drum machine interpretation and Pharoah Sanders and Tisziji Munoz’s acerbic destruction of the same; each modifying the history of the song to the standards of a new era, for better or worse. So it is with Art Blakey’s “A Night in Tunisia.” Blakey having been made claimant to Hard-Bop’s invention by Nat Hentoff would expand Dizzy Gillespie’s “A Night in Tunisia” beyond the bop it originally was and to the precipice of the hard bop he propounded. The song’s famous rhythm section remains intact and swings the song throughout, but each instrumentalist is given the sanction to express their ideas, which, while never disregarding structure, bends it to their whim. This approach portends the rhizomatic compositional techniques that would be advanced by Archie Shepp and the Art Ensemble of Chicago a few years later. – BJ 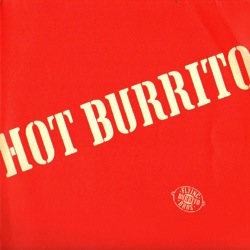 When Gram Parsons left The Byrds in 1968, he had already guided them through a transition into a rock and country fusion—he called it “cosmic American music,” but the music press ran instead with the more banal term “country rock.” Joined by fellow ex-Byrd Chris Hillman, Parsons recruited pedal steel guitarist Sneaky Pete Kleinow and what resulted was The Flying Burrito Bros—arguably the first specialist country rock band. Their first record, The Gilded Palace of Sin, is the outstanding specimen of the genre. Kleinow’s unmistakable pedal steel sound became synonymous with the new style, and in symphony with Parsons’ delicate vulnerability as a songwriter, the Burritos were able to use country’s apparent simplicity to communicate vast amounts of emotion. ‘Hot Burrito #1’ is the ultimate example of that. – MP 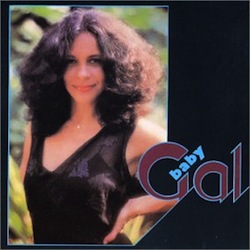 Rumor has it Mariah Costa Penna spent hours listening to classical music while pregnant with her daughter, Gal, hoping she would take an interest in music. The prenatal MPB (musica popular brasiliera) singer would show keen interest in music come her early teen years, especially after hearing João Gilberto’s “Cheda de Saudade” on the radio, sparking her enthusiasm for Brazilian-born Bossa Nova music. Her interests would usher her into a close-knit circle of Brazilian musicians, artists and writers in her hometown of Salvador, serving as a supportive background for her musical pursuits. Taken from her eponymous 1969 release, “Baby” is the quintessential of Costa’s mastery in fusing the indigenous sounds of Tropicália music with the modern psychedelia of North America. The song’s celestial orchestration paves way for the singer’s light yet graceful vocals. By using both Portuguese and English, Costa’s “Baby” appeals and extends to numerous audiences, and remains an underrated gem. – PPi 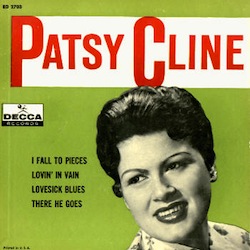 Patsy Cline was originally resistant to record Hank Cochran and Harlan Howard’s pitch-dark heartache song—it didn’t fit in with the more traditional country she’d dressed up in full cowgirl wardrobe to perform in the ‘50s. Producer Owen Bradley convinced Cline to give it a shot, and her eventual agreement was one of the key moves in country music’s great ‘60s renaissance. As the prototype of the more sophisticated “countrypolitan” sound Bradley developed, “I Fall to Pieces” was one of the form’s first and strongest pop crossover successes. It also helped Cline break through the glass ceiling of female country artists being marketed to pop radio, and proved that torch songs could work in Southern honky-tonks as much as New York lounges. – PP 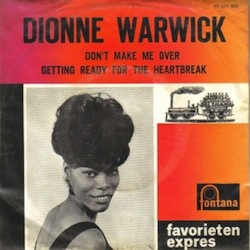 Dionne Warwick made her debut in 1963, and it was immediately clear that she would be sticking around for a while on the airwaves. “Don’t Make Me Over” was Warwick’s first single, a powerful anthem exploring her dynamic vocals, and asserting her assuredness within herself. In fact, the chorus of the song was the result of an upset Warwick. After learning that the label (Scepter) didn’t think Warwick’s style would work for them, she responded by shouting, “Don’t make me over, man . . . (you have to) accept me for what I am.” Written by Burt Bacharach and Hal David, the single resembles fellow pop hits of the time, with a soaring string accompaniment and “doo-dah” backups. – VC 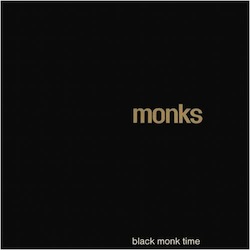 The Berlin-based band of American iconoclasts Monks built an image as the “anti-Beatles” despite having similar origins. They wore black clothes with neck ropes, wore tonsure hairstyles (like actual monks!) and presented a menacing image while criticizing the Vietnam War. Their entire makeup is essentially a surrealist stew, right down to their music’s oddball garage-rock mixture of banjo and organ. Cited time and again as one of the earliest punk rock records ever made, their debut Black Monk Time is all angst and energy, particularly leadoff track “Monk Time.” Taken on its face it’s essentially an extended rant against a driving rhythmic backing, but vocalist Gary Burger’s manic yelps of “It’s beat time! It’s hop time! It’s monk time!” are infectiously, nervously giddy. By today’s standards, this would never be a hit. Technically it wasn’t then, either, but it’s a weird instance of provocative anarchy becoming counterintuitively perfect rock ‘n’ roll in spite of itself. – JT 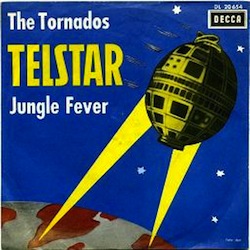 There are plenty of notable elements in regards to “Telstar,” a Joe Meek written-and-produced space-case surf-rock curiosity that reached the number one spot on the U.S. Billboard Hot 100 in December of 1962. Recorded by English band the Tornados, “Telstar” is a space-race of an instrumental track, listening like an interstellar surf party. “Telstar” also earned the number one spot on both US and UK weekly charts. Most notable, however, is the plagiarism claim surrounding the track. French composer Jean Ledrut claimed that the tune of “Telstar” had been copied from “La Marche d’Austerlitz,” part of Ledrut’s score for the 1960 film Austerlitz. Due to the lawsuit that followed, Joe Meek was unable to receive any royalties from the record. The issue was not resolved (in Meek’s favor) until three weeks after his 1967 suicide. – VC 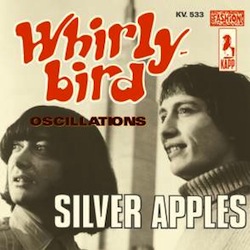 Knoxville, Tennessee’s Silver Apples were born out of a traditional rock ‘n’ roll outfit called The Overland Stage Electric Band, which took a turn once the band introduced a 1940s oscillator into the act. Everyone in the band ended up hating it except for vocalist Simeon Coxe and drummer Danny Taylor. The Electric Band called it a day, while Coxe and Taylor turned their newfound embrace of peculiar analog effects into an artistic path of its own. Dubbing themselves Silver Apples, after a William Butler Yeats quote, the duo recorded a mission statement of sorts and dubbed it “Oscillations,” its pulsing and vibrating psychedelic sound a rhythmic counterpoint to some of the wilder indulgences of the psych era. To say they were ahead of their time is understatement: Krautrock, Kraftwerk, Portishead, Suicide, Deerhunter and basically 40 years of dance and rock music can be traced back to these three minutes of electric vibrations. – JT 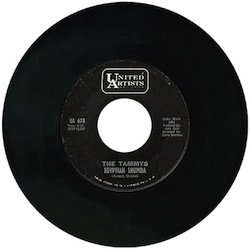 Falsetto Lou Christie built a career writing and performing the whitest of white-bread pop music, his earliest works backed by a trio of fellow Pennsylvanians: Linda Jones and the Owens sisters, Gretchen and Cathy. These ladies took the lead as The Tammys on three singles from 1963 to 1965, but failed to take over the charts. This middle-child song, however, found new life in the next decade thanks to DJs in England’s Northern Soul movement. It’s easy to hear why: An atypical cut in the Christie universe, the girl-group structures of the day—“shimmy shimmy” dance-craze lyrics, ecstatic harmonies—devolve into a high-speed cacophony of shrieks, cymbals, and flute. This is a song you’d expect in the collection of a Kate Pierson or Kathleen Hanna, a template for garage-rock abandon barely held together by bubblegum and hairbands. – AB 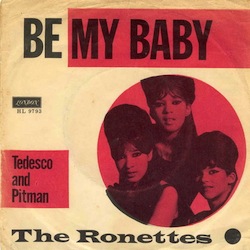 The drums on “Be My Baby” are louder than bombs. That’s how they sound and feel, at least, as one of the best-known examples of legendary hitmaker (and complete fuckhead convicted murderer) Phil Spector’s Wall of Sound production style. On its face, the Ronettes’ biggest hit is a romantic pop convection, but by sheer virtue of the song’s epic sound (and Ronnie Spector’s thrilling lead vocal) it conveys the sweeping sensation of an entire era. Unlike much of this list, “Be My Baby” is representative of the Clean-Cut American Gentility that was rightfully on its way out, but it’s every bit as vital to understanding the time. (And also it rules.) – LG