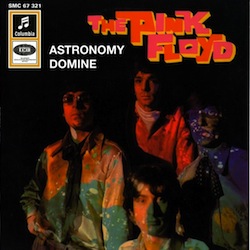 The story of Syd Barrett is one that’s been told many times before. The Piper At The Gates of Dawn, the band’s debut, is the only one to feature Barrett throughout; consequently, it’s the band’s weirdest. “Astronomy Domine,” the opening track, is particularly off-kilter; it’s got organ, descending guitar, eerie “space” sounds—hell, you could call it one of the first space rock songs. (Even as the rest of Pink Floyd denounce the term.) They’d continue to get weird throughout their career, but nothing on this level—thanks Syd! But as inaccessible this sounds, it’s really not. It may not be “Wish You Were Here” or “Comfortably Numb,” and you probably won’t hear it on your local “classic hits” station, but your dad probably digs it all the same. – BB 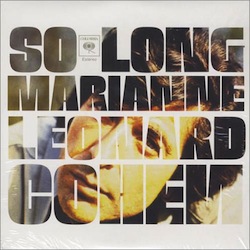 Unlike other musicians merely inspired by great writing, Leonard Cohen was a beret-wearing hipster poet and author before he ever stepped into a recording studio. His emotive nature winds throughout his masterful debut and especially in this track at its heart: a paean to Marianne Jensen Ihlen, whom Cohen met abandoned in Greece in 1960 and turned into one of the great loves of his life. Cohen ponders just who rescued whom (“You held on to me like I was a crucifix/As we went reeling through the dark”) even as it appears their relationship is on the rocks. Sweeping female backing vocals give this song a majestic air rarely matched even on such a majestic album. – AB 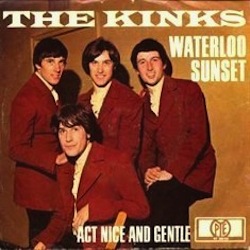 On their earlier singles, The Kinks had a ferocious buzz that—along with the rise of garage rock in the U.S.—predicted punk. As the band matured (and remarkably quickly at that), singer and songwriter Ray Davies turned away from the lusty fuzzbox come-ons and turned toward more insular emotional material, “Waterloo Sunset” described by his brother Dave as “an extract from a diary nobody was allowed to read.” Taken on the face of its lyrical content, it’s an ode to simple comforts—home, companionship, music—a heartfelt combination of joy and melancholy in one of the prettiest songs the band ever recorded. That it made its point without brash effects or bludgeoning riffs is ultimately what made it a radical statement. – JT 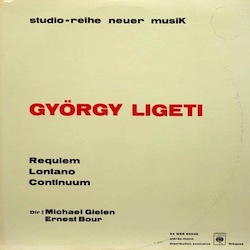 The music of Gyorgy Ligeti could never be described as being part of the mainstream of pop culture. Even after being presented to a broader audience via Stanley Kubrick’s 2001: A Space Odyssey, the sheer unfamiliarity of the tones, textures and rhythms in Ligeti’s music and the material that influenced it keeps it in the fringes. Inspired by the tone clusters of Krzysztof Penderecki and the hostile minimalist soundscapes of Edgard Varese, Ligeti also nursed an interest in the traditional classical methods of emotional expression (as suggested by the title of this piece). What resulted is a stunning piece of music that at once alienates you and breaks your heart, as Kubrick well knew. – MP 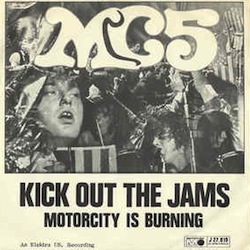 By the mere use of the word “motherfucker,” Detroit’s own MC5 positioned themselves as a rebellious rock and roll force. But “Kick Out The Jams” endures more than anything else due to its addictive, undeniable riffage and fury. It needs to be taught in music schools alongside “Johnny B. Goode,” “Blue Suede Shoes” (the Perkins version) and basically any peak Ramones song as an example of rock in its purest form. “Kick Out The Jams” didn’t become an anthem for the counterculture–maybe if it had instead of, like, the fucking Doors and Grateful Dead, the hippies wouldn’t have cracked under the pressure and turned into boomers, just a thought–but its influence lives on in the music of modern noisy-ass bands such as FIDLAR and Ty Segall. – LG 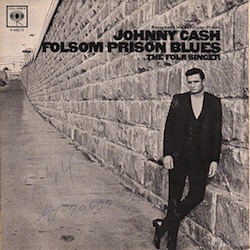 Stationed in Landsburg, Bavaria with the U.S Air Force, his proud animus detained to a nominal expression—his first band was “The Landsburg Barbarians”—Johnny Cash wrote “Folsom Prison Blues” partially in reaction to the service. Channeling his amorphous and bored hostility into the lone nihilism of “[shooting] a man in Reno just to watch him die” only to end up governed by the nihilism of prison industry widget. Through this Cash mimetically interprets his station and finds an empathetic expression for dispossessed men by not romanticizing them as an anti-hero they would have never been. Johnny Cash did not believe redemption could be contrived on earth, and, so, he found that instituted morals were always falsely clamped against those decided irredeemable. Hell, Johnny’s Calvinism accords the judges are predestined there, too. The Folsom Prison concert is one of commiserative melancholy and anger—and retroactive protest; the prisoners didn’t really cheer, because they were warned of violent reactions, but they were given mad whooping voices on record—because Cash could share the feeling of ouroboric intractability enforced upon them. He opens the show with “Folsom Prison Blues” and, in accordance with the song, for the rest of the night he’s not just a performer but an inmate, too. – BJ 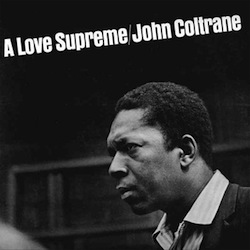 One thread quietly woven through the 1960s: music, and musicians, found God. Some of that discovery came through substance-assisted enhanced consciousness, some came through legitimate spirituality. After years working with and through the former, John Coltrane wrote and recorded music to acknowledge the power of the latter, a four-part sonic poem embracing structured and unstructured jazz. The album’s second movement is as close as A Love Supreme gets to a straightforward hit single. It opens and closes with as signature a tenor sax passage as Coltrane ever mustered, while the guts of the track feature him in musical conversation with McCoy Tyner’s piano. He was not free from sin, but given enough time and space John Coltrane could deliver one hell of a sermon. – AB

It’s hard to describe the feeling that Ennio Morricone’s “Ecstasy of Gold” induces. Part of the score for Sergio Leone’s 1966 Italian epic Spaghetti Western The Good, the Bad, and the Ugly, Morricone’s track is unforgettable, building with both tension and glory. Performed by the Unione Musicisti di Roma with vocals by Edda Dell’Orso, the track is featured while character Tuco frantically searches for $200,000 worth of gold coins. The only way to even attempt elaborating on the feeling Morricone’s composition creates is by quoting the film’s poster: “For three men the Civil War wasn’t hell. It was practice!” – VC 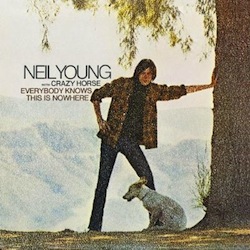 22. Neil Young and Crazy Horse – “Down by the River”
from Everybody Knows This is Nowhere (1969; Reprise)

Neil Young began a lifetime campaign of willful confoundment on his second album and first with Crazy Horse, Everybody Knows This Is Nowhere. Reportedly written in the grips of a raving fever that also produced “Cinnamon Girl” and “Cowgirl in the Sand,” the first of Young’s occasional epic tracks remains subject to many interpretations. “Down By the River” stuns first with a (figurative?) murder drawn from the darkest parts of Southern Gothic, still in the afterglow of the ‘60s rebellion Young never quite fully trusted in the first place. It’s Young’s long stretches of guitar solos that give the song its fractured weight: deliberate, short and distorted stabs of single notes, making as much from the space in between them as from themselves. Young wastes not a single note or pause, a hard feat to pull off in any nine-minute-plus song. – PP 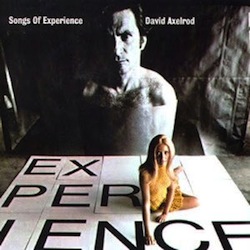 The dichotomy between Blake’s Songs of Innocence and the darker Songs of Experience articulated the gap between notions and actualities; the fall into the ’60s fragmentation. The in which summer hippies lubby-fucked their space-caked brains through to new kaleidoscopic projections on the Echoing Green was also the summer of 159 riots; and The Haight was just a Bethlehemic slouch anyhow. Axelrod’s “The Human Abstract” is an interpretation of Blake’s “The Human Abstract,” a poem chronicling the inevitability of man’s shortcomings before divinity. (Or, a timelier update, an admonition of corporatized media and politics.) Axelrod mirrors the stanzas through instrumental progression, yet, where the poem collapses into clarifying despair and hypocrisy as secreted in the groveling human brain Axelrod’s song progresses with more hope. When the song goes from its funky bass and happy sad piano into darker tones the hope is revived as the sound resolves into muted horns, like the seven trumpets being denied their clarion. A sound sympathetic with the anti-war protesters and activists of the time and a secular belief in the human abstract as capable of concretizing positive change. – BJ