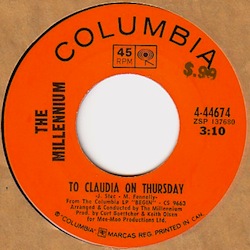 By 1968, Carl Boettcher had recorded albums as a member of Sagittarius and The Ballroom, and as a producer for The Association and Tommy Roe. His niche was certainly in sunshine pop, but as his next project with The Millennium proved, he was gagging to jump in at the deep end of the burgeoning psychedelic movement. Psych music’s tentacles were reaching nearly every genre, and under Boettcher’s stewardship, they were able to push sunshine pop in a glorious direction. The Millennium’s debut album Begin remains a wall-to-wall deluge of visionary, daring pop songwriting. Had it borne The Beach Boys’ name in 1968, one imagines that it might now be considered amongst the greats. “To Claudia on Thursday” (together with the short “Prelude”) leads the album off with its strongest moment. – MP 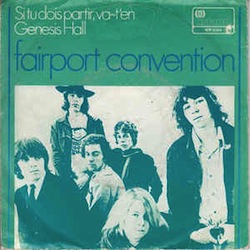 One of the defining characteristics of Fairport Convention’s 1969 album Unhalfbricking is that fully half of it is composed of songs written by Bob Dylan. “Genesis Hall,” however, isn’t one of them, instead opening the record with a Richard Thompson original, built on a mournful waltz with prominent dulcimer and a powerful lead vocal from Sandy Denny. Named for a squat in Drury Lane in the ’60s that had been the site of a mass eviction by the police, it’s a song that instantly feels as if it belongs to the public domain—a barroom folk chest-beater passed down from the ages. Yet Thompson himself wrote it at only 20 years old, its melody suggesting he wasn’t of his own time, while its contemporary storytelling said he very much was. – JT 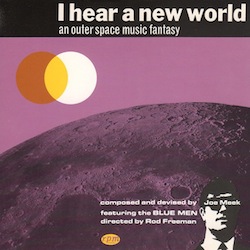 This British songwriter and producer sadly seems known more for his misses and struggles than for any hit or success. He blew early chances to work with Bowie and The Beatles, and his chronic paranoia culminated in pulling the trigger in a murder-suicide. He deserved better, and tried to show off his innovation by taking a strange new direction on his own concept album: straight up. Infatuated with the first modern advances in space exploration, Joe Meek worked with a band called The Blue Men (né The West Five) to create sounds he believed would approximate otherworldly pop music. Only half of the album saw the light of day in 1960, but the results of this title track—a breezy and spacious lounge-like arrangement with pitch-shifted vocals, Alvin and the Chipmunks as aliens—blur boundaries between library music and the neo-kitsch of Black Moth Super Rainbow. – AB 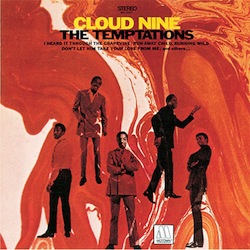 In 1968, Temptations singer Otis Williams convinced producer Norman Whitfield to tap into the emerging psychedelic soul arrangements that had recently come to the fore with Sly & The Family Stone. What emerged from Whitfield’s reluctant acceptance of the offer was something entirely new for one of Motown’s premier acts. Wah wah guitars and a heavier, deeper groove were in, as were such questionable lines as, “every man in his mind is free, and you’re a million miles from reality.” Records like “Cloud Nine” made way for bands like Funkadelic, the Ohio Players, Rotary Connection and The Undisputed Truth to push the madness to its logical conclusion in the 1970s. But it shouldn’t be forgotten how some of the previous generation’s most established names were so willing to assimilate the musical change that filled the late ’60s air. – MP 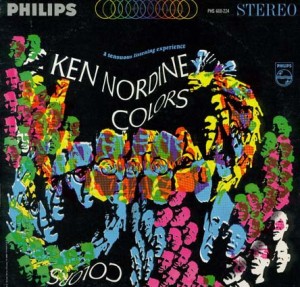 The most disappointing thing about the end of Mad Men is that in seven seasons, Matthew Weiner never found a way to work Ken Nordine into a plotline. A golden-throated pitchman with a long list of commercial voice-overs to his name—toy drag-strip racers, Taster’s Choice, a particularly psychedelic Levi’s campaign—Nordine’s career goes back more than five decades. Yet it’s likely his curious recordings of spoken-word jazz that he’ll be remembered for. On “Olive” one of more than 40 hues that make up Colors (itself born of an ad campaign), Nordine narrates a beatnik vamp about an earthtone with low self-esteem that ends in a celebration of “Olive whatnots and Olive trees.” It’s hard to imagine this poetic abstract narrative selling cans of paint, but all the same, that Olive is one groovy cat. – JT 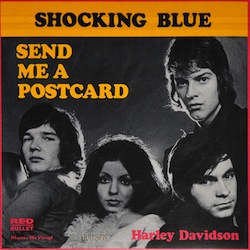 This Dutch rock band had a bigger hit with “Venus,” later made a hit for the second time by Bananarama, but “Send Me a Postcard” finds them rocking harder. Like The Hit, the freak-out boogie of the song complete with bongo drums carried enough of a shimmy to keep the go-go dancers shaking it in the clubs. Frontwoman Mariska Vere combined sex appeal with a powerful presence, belting out the song in a manner that reflected contemporaries such as Janis Joplin and Grace Slick, but with a unique style of her own. – WL 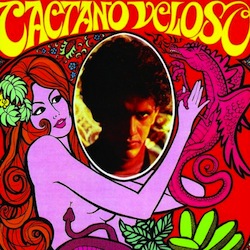 It’s more than a little ironic that Caetano Veloso’s music contributed to his exile in London in the late ’70s. As part of the Tropicália movement of the late ’60s, he was the architect for a uniquely Brazilian style of music. Its namesake track, the leadoff song from his solo debut album, is ultimately its mission statement in a little under four minutes: The Brazilian experience, filtered through psychedelic songwriting, lush strings and horns. He toasts to bossa nova and Ipanema as the composition enters a multi-colored swirl of joyful, dense and detailed melody. That it was so artistically provocative didn’t sit well with the Brazilian government, nor with the Marxist student movement for that matter, which is curious. It’s essentially a love letter to Brazil, its people and its musical culture. – JT 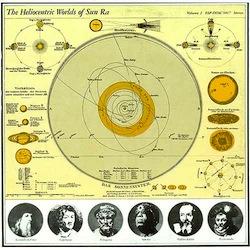 I can’t think of many or any Jazz experimentalists in Sun Ra’s time that were as funny. Sun Ra Meets John Cage is one of the giddiest recordings I know, sounding like they’re simultaneously working on scores ranging from Home Alone to Irreversible, some fluty James Broughton shorts and Candyman. The doomsday insouciance of Nuclear War is pretty funny, too. “Sun Myth,” like most of The Heliocentric Worlds, positions Ronnie Boykins’ bowed bass in a neo-classical mode contemporaneous with the Boulez Stockhausen vein, until it is eventually coerced by the piano to walk. Sun Ra’s clavioline squawks either touch-and-go with, I think, John Gilmore’s saxophone or sets a melismatic base for jittery sax and more patient piano to harmonize along. It’s a remarkable performance, and even its more somber tones never adduct their tension but are resolved into a burlesque, though one that knows it doesn’t have to lose the word “serious” just because it may be goofing it. – BJ 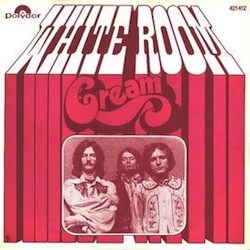 Scientists have yet to prove that listening to “White Room” automatically turns whatever room you’re in into a tie-dyed series of random patterns that swirls around in a counterclockwise fashion while a mysterious haze floats through the air. It just feels that way because pop culture has turned this song into universally accepted shorthand for “this takes place in the 60s and everybody’s high, maaaaaannnnn.” This isn’t Clapton’s tastiest bit of Cream but the outro helps to prove why a generation of guitar heads mistook him for the Messiah. – BR 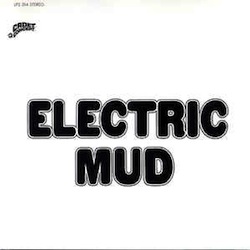 Muddy Waters’ influence on the music of the 1960s had been prominently established well before “Tom Cat” appeared on Waters’ 1968 album Electric Mud. Everything from The Rolling Stones’ name and entire sound on their early records (by their own frequent admission) to the styles of groups like the Paul Butterfield Blues Band and John Mayall’s Bluesbreakers came from Waters. “Tom Cat,” a Charles Williams cover, is an obvious highlight of Electric Mud, panned at the time by many critics due to its psychedelic elements but now recognized for featuring some of his most virtuosic (and also nastiest, most ear-splitting) guitar work. It allowed the blues legend to reach a wider audience and let them know who their favorite psychedelia and rock bands stole all their shit from. – LG