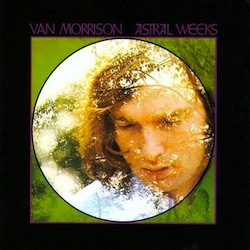 Morrison’s Astral Weeks introduced the song-cycle concept to the rock audience, solidifying the album as artistic unit and the power of extended, abstract narrative. “Cyprus Avenue” is its crossing point, where the heedless rush of youth gives way to the frustrated longing of adulthood. Morrison transposes the 12-bar blues format into a folk-jazz melody, and the tactic makes total sense: The singer’s anguish reveals itself in steady, building torment that nonetheless sounds beautiful. He’s “conquered in a car seat,” unable to act out his desires for a teenage schoolgirl, creating an elaborate isolation as he realizes he’ll have to keep certain things to himself. The version on Morrison’s live album It’s Too Late to Stop Now is one of rock’s all-time greatest performance recordings. – PP 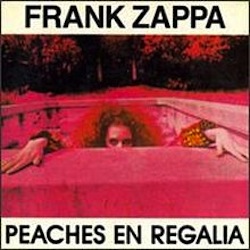 Always ahead of his time, Zappa cemented his place as not just a rock n roll oddity, but as musical genius on with Hot Rats. After disbanding the Mothers of Invention, he released this classic album brimming with instrumentals that shone a spotlight on his skills as lead guitarist. This instrumental became popular with both die-hard fans as well as more casual listeners. Like most songs on this album, it owes as much to jazz as it does to rock music. His guitar shimmers here among layers of keyboards and xylophones with a multitude of seamless time changes. – WL 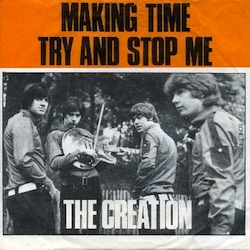 That moment when The Who meets “The who?”: With its foundation on a simple, blaring five-note guitar pattern, and lyrics describing escape from the everyday drudgery of the production line, this British band’s first single could easily be a stand-in for the early, edgy rock rebellion of Roger Daltrey & Co. The quartet couldn’t maintain a steady lineup and disintegrated after just two years, but The Creation’s influence can be felt into the present day, from Ron Wood to Rushmore to the beloved record label bearing their name. – AB 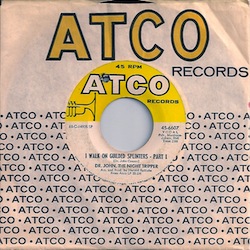 Sure, Credence had ties to the Bayou but they treated it like sailors drunkenly hazing the doorways of Storyville brothels; and they were only ever chasing down the hoodoo. Mac Rebbenack had the hoodoo, or actually just the know-how to shill it. Debuting his alter-ego Dr. John as a night trippin’ medicine man peddling his cure-all gris gris through the backwoods “I Walk on Guilded Splinters” catalogues the attributes of his adopted personality. Most likely an aggregate of impressions he picked up from his mentor Professor Longhair, Marie Laveau et al’s. histories and Screamin’ Jay Hawkins’ performances, his personality could be seen as pandering to touristic jackdawing, but that still doesn’t discount it from being, and remaining to be, one that’s genuinely interesting and off-the-wall. – BJ 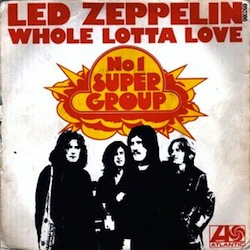 Let’s be real: Led Zeppelin was, in a lot of ways, the rock establishment. The band made records that, despite the artistry involved, were at their baseline calculated to sell a lot of fucking copies. And did so for a major label on budgets considered huge at the time. But…but…but….that riff on “Whole Lotta Love,” though. Zeppelin’s genius was to make their chaos so appealing that the gatekeepers of the mainstream couldn’t help but allow it in. I’ve previously argued that “Whole Lotta Love” is the purest representation of Zeppelin, featuring every facet of the band’s musical identity: John Bonham’s expertise with straight-up rock backbeats and polyrhythmic solos alike, the unflappable grounding of John Paul Jones’ bass, Jimmy Page’s mastery of guitar on every level and combination of original songcraft and knowledge of what to steal (namely, blues chord progressions and melodies), and of course Robert Plant’s mountain-man howler voice. – LG 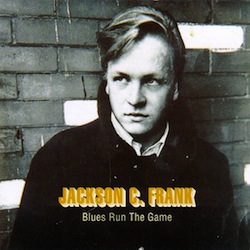 Troubled folksinger Jackson C. Frank yielded only one album in his lifetime, but its signature track is breathtaking in its simple desolation. Produced by Paul Simon (who also covered it later with Art Garfunkel), “Blues Run the Game” takes folk out of its communal association and paints an intense confessional picture, bridging the gap between Dylan and, say, Joni Mitchell and James Taylor. It’s a broken-love lament from a hotel room cluttered with bottles (“Me and room service, well we’re living a life of sin”) where the singer considers escape or extinction. He’s both cynical and irreparably earnest, and the solution as to which exit he’ll take seems like a painfully long way off. – PP 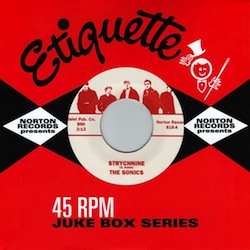 “The Sonics, The Sonics, The Sonics, The Sonics.” With influence beyond comprehension and a sound far beyond their years, garage rock pioneers The Sonics would build a musical following of countless successors and imitators alike, crafting some of the music that would become the cornerstone of makeshift punk and DIY ethics for decades of artists to come. From the glue-sniffing rambunctiousness of ’70s Ramones, to the 1980s distortion-driven cuts of Wipers, The Sonics’ impact on hard rock genres are clearly defined. Number 54 on our list is a prime example of the Tacoma, Washington group’s scrap and scruff punk, both sonically and lyrically setting them apart from the mold. “Some folks like water/some folks like wine/but I like the taste/of straight strychnine,” screams vocalist Gerry Roslie, becoming a parent’s worst nightmare in just four simple, yet heavy lines. The Sonics’ aptitude of matching their make-do recording techniques with their raw, hard-hitting tunes is just one more reason their legacy can still be found in music today. – PPi 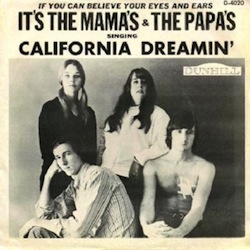 53. The Mamas and the Papas – “California Dreamin'”
from If You Can Believe Your Eyes and Ears (1966; Dunhill)

For centuries, literally millions of people have looked up at grey skies and falling foliage before grumbling internally how much better and prettier their lives could be if they were in the Golden State. The Mamas and the Papas turned that feeling into a song, and for those brave enough to traverse America in search of self authenticity and free love to end up neighbors to the Pacific that song became an anthem. Just as there’s comfort in the ideas of fleecing the righteous or fleeing the obligations of a significant other, people have found comfort in the idea(l) of California.

Tragically, no one has yet to make a song about moving here and becoming disillusioned as a result by the reality. Maybe someday. – BR 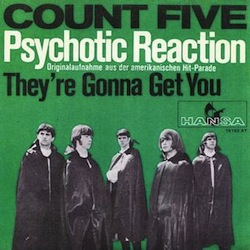 Like every stellar song name, there’s bound to be a good story behind it, and so it goes with American garage rock band Count Five’s “Psychotic Reaction.” In 1964, Count Five guitarist Sean Byrne was making it through another day of his freshman year of San Jose City College, learning about psychosis and neurosis. Byrne’s friend Rob Lamb whispered to him, “You know what would be a great name for a song? Psychotic reaction!” Byrne had already been working on a tune earlier that day for the band, and decided to use the title for a blistering, riff-roaring garage rocker that used harmonica better than most. It might not necessarily cause a psychotic reaction, but its infectious melody likely sent more than a few young people to go wild upon its release. – VC 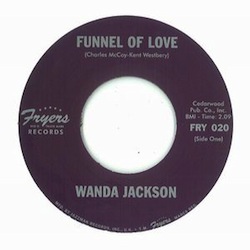 It’s hard to name a bigger badass than Wanda Jackson in 1961. Johnny Cash? Maybe. Rahsaan Roland Kirk? Perhaps. Frank Sinatra? Please. While the concept out outlaw country was still a few years from being coined or embraced, Jackson blurred the lines between rock and country with a blistering rockabilly sound made all the more fierce through her growling vocals that sound, well, kinda punk now. When she recorded “Funnel of Love,” however, nobody knew what to do with it. It wasn’t country enough for the country fans, nor really rock ‘n’ roll. Its twangy riffs sound almost exotic, its eerie backing vocals like highway ghosts looking for a ride to hitch. Let’s be real here: This song, at least by the standards of the time, is weird. Suffice it to say, it wasn’t a hit—in fact, it was a b-side. As history often shows, however, the best songs outlive the commercial decisions of the time, and “Funnel of Love” remains on Jackson’s live set lists, eventually being re-recorded with a backing from The Cramps. – JT