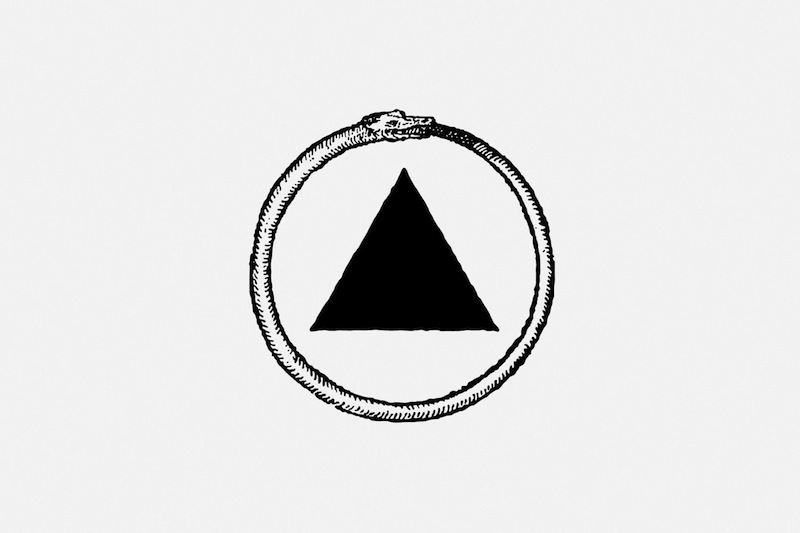 Sacred Bones Records has come a long way in 10 years. In its earliest days, it was a reliable outpost for vinyl releases from lo-fi weirdos such as Blank Dogs and Gary War. Now, it releases records from legendary film directors David Lynch and John Carpenter. That’s a hell of a boost in cred. It’s well earned though; since its founding in 2007, Sacred Bones has released a long list of excellent, primarily dark records from artists that found new and interesting things to say in the underground, often influenced by classic post-punk and darkwave but by no means making carbon copies. And over time, the roster has grown to include such outstanding artists as Blanck Mass, Marissa Nadler, Pharmakon and Uniform—not to mention what might very well be the coolest album design aesthetic in all of indie rock right now. As the label hits its 10th anniversary, we’ve assembled a playlist of 10 of our favorite tracks to be released in its catalog. Of course, there’s plenty more great stuff where that came from. Read and listen to our compilation of 10 Essential Sacred Bones tracks. 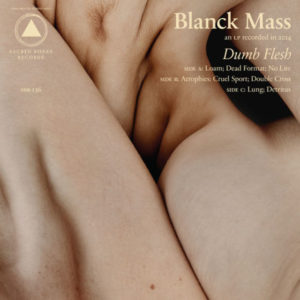 This centerpiece track from Benjamin John Power’s second album as Blanck Mass hops easily between disco diva vocals and the kind of knotty electronica you’d hear from Mouse on Mars. In breaking away from Fuck Buttons, Power transforms his duo’s use of digital repetition as motorik wall-of-sound drone into warped yet recognizable solo takes on more dancefloor-friendly tropes. Like many Sacred Bones acts, Blanck Mass and “Dead Format” comprise a glitch in music’s Matrix. – Adam Blyweiss 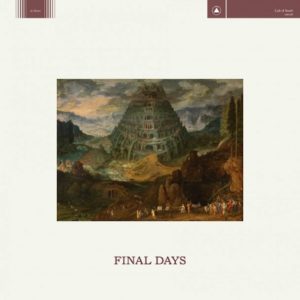 Cult of Youth shares a lot in common with classic industrial and post-punk bands: pulsing rhythms, overbearing darkness and a morbid fascination with fascism to name a few notable characteristics. Also like their influences (Swans, Siouxsie and the Banshees, Coil), they write a hell of a tune. Their 2014 album Final Days stretches between epic apocalypse folk and more abrasive material, though this is where they’re at their most accessible, balancing a gothic dance-punk sensibility with the kind of aggression that makes their music all the more thrilling. – Jeff Terich 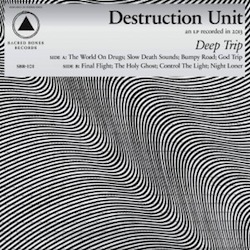 Where a good number of Sacred Bones bands take on dark and moody sounds, Phoenix psychedelic punk outfit are content simply to play as loud and as furiously as possible. Their full-length releases, particularly Deep Trip and Negative Feedback Resistor, showcase just how wild and intense those sounds can be. “The World On Drugs,” the leadoff track from Deep Trip, is a strong representation of the bands disorienting and devastating live show, awash in effects and galloping at a relentless pace. It’s heavy without being hardcore or metal, trippy without indulging in psychedelia’s worst stereotypes. So yeah, a “deep trip” just about sums it up. – Jeff Terich 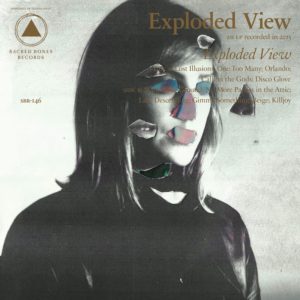 Exploded View has one of the most fascinating backstories of any band on Sacred Bones, essentially a collaboration between artists typically divided by the Atlantic Ocean. Three Mexico City indie rock veterans teamed up with British/German post-punk singer Anika on a series of tracks born out of improvisational sessions. It speaks volumes about the collective’s talents that something as powerful as “No More Parties in the Attic” came out of improvising; it’s a fully-formed, industrial/post-punk groover that manipulates no wave noise into a thing of danceable beauty. Likewise, its melancholy reflection on the relentless crackdown of D.I.Y. spaces, which has seemingly ramped up following the tragic Ghost Ship fire in Oakland, feels all too relevant today. – Jeff Terich 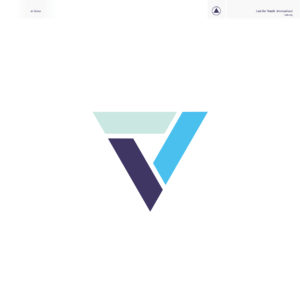 Swedish electronic musician Hannes Norrvide began this outfit as a solo project in 2011, adding new members, depth, and texture as his catalog grew. International was his first Lust for Youth album as part of a trio, with Loke Rahbek and Malthe Fischer helping him drag his dark synth-pop into the light. “Illume” represents some of the most accessible, forward-facing music in the Sacred Bones roster, with grooves equally sprung from icy mid-continental sadness and a Madchester puff of smoke. – Adam Blyweiss 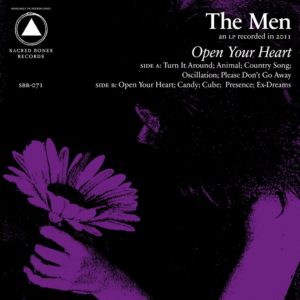 The Men’s tenure on Sacred Bones stretches back a ways, all the way to 2011’s Leave Home. At the time they were a heavy, noisy, post-hardcore group that dabbled in psychedelia. Over time they morphed into one of the most fiery rock ‘n’ roll bands in the underground, showing up most of the garage-rock up-and-comers with a blazing live show and a knack for hooks that few can touch. Take, for instance, “Open Your Heart,” which balances hooks that recall Buzzcocks’ “Ever Fallen In Love” with the kind of flexed muscle that only comes with the wisdom of knowing that restraint will get you nowhere. – Jeff Terich 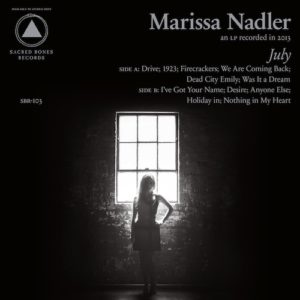 Singer/songwriter Marissa Nadler released a handful of breathtaking, dark folk albums on Kemado and Box of Cedar before making the transition over to Sacred Bones. Yet her two most recent albums, July and Strangers, mark a pair of personal bests for Nadler, who to date hasn’t proven it within her capabilities to release a bad album. “Dead City Emily,” from the former, is a perfect example of the eerily beautiful atmosphere in which her songs reside, driven by stark plucks of guitar but punctuated by ambient synthesizer touches courtesy of Zombi’s Steve Moore. It’s gorgeously gothic folk that feels almost like some kind of surreal, gently unsettling dream. – Jeff Terich 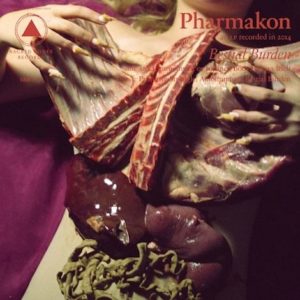 Margaret Chardiet, better known as the mastermind behind the industrial noise force of Pharmakon, had emergency surgery a few years back that left her missing an organ. A newfound awareness of her physical self and its capacity to turn on the spiritual self soon became a driving force for Chardiet’s 2014 album, Bestial Burden. “Body Betrays Itself” sits squarely in the middle of this inner turmoil. A five-minute outrage, Margaret’s shrieks over a barrage of siren-like synths in a moment of harsh realization about her physical shell’s betrayal. Her screams are a benign resistance to system failure. A melting clamor ultimately washes over voice, symbolic of her succumbing to the attack. – Cody Davis 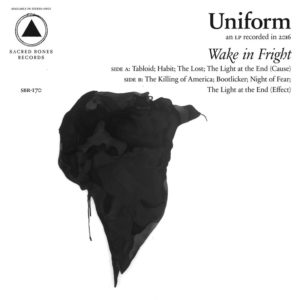 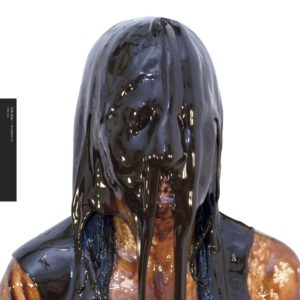 Picking a favorite Zola Jesus song might be the hardest part about compiling a list of Sacred Bones essentials. Then again, “Stridulum” exists. A perfect piece of ominous and grandiose synth-driven darkwave, “Stridulum” balances a martial drum beat, ethereal, ghost-like choral melodies and one of Nika Rosa Danilova’s most impassioned vocal performances, climaxing as she howls a chill-inducing “This will all be yours!” It’s eerie and majestic, one of the finest moments in dark music of the past decade. – Jeff Terich

Essential Tracks This Week: Everything But the Girl, Debby Friday and more

The Men share twangy new song, “Anyway I Find You”