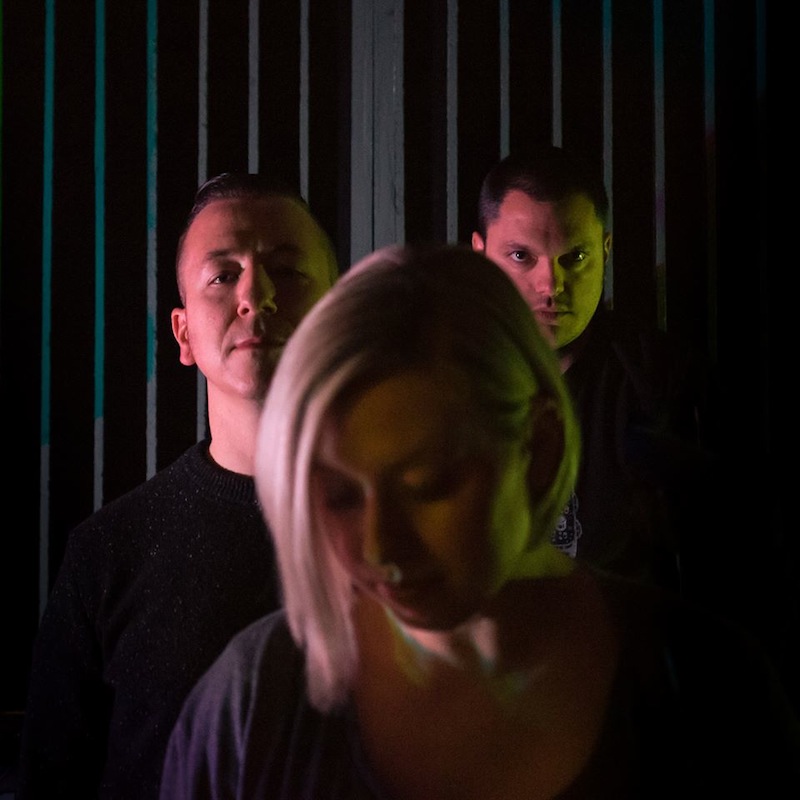 On June 6, The Holy Circle will release their new self-titled album via Annihilvs. The band features Terence Hannum (Locrian), Erica Burgner-Hannum (Unlucky Atlas/Locrian) and Nathan Jurgenson (Screen Vinyl Image), and the new album was recorded with Jawbox’s J. Robbins. It’s a much less metal-influenced project than Locrian, though it does share some significant similarities in terms of mood, atmosphere and the use of electronics. In the first installment of our new Guest Playlist feature, the members of The Holy Circle have made a playlist of influences on the new album, including Peter Gabriel, Miles Davis, The Beach Boys and Kate Bush. Listen to The Holy Circle’s guest playlist below, and read their commentary about the tracks they chose.

“I was listening to a lot of synth pop, or more than I normally do, like The Associates and Ultravox when we recorded this record, stuff that was emotional and kind of synthetic. Plus Ultravox titled “Vienna” after a city, we like doing that too. Both of those tracks made me go back to the b-side of Bowie’s Low, which I find really bewitching. I wanted the record to also be pretty heavy so I referenced Jesu a lot, weight imbued with beauty. And density, from my long running obsession with Flying Saucer Attack, which to me brings a lo-fi element of shoegaze that washes you with static but lets the melody peek out. Finally, I kept referencing this Peter Gabriel song ‘San Jacinto’ when we were ending songs, I love the kind of non-ending/new song at the end.” – Terence

“During the recording of this album, I was pretty obsessed with Brian Wilson’s vocal arrangements on Pet Sounds and had been revisiting some of The Carpenters recordings I was raised on. I wanted to capture that lush ’60s/’70s studio sound, especially with a lot of my backup vocals. Judee Sill’s vocal effects and loops on ‘The Donor’ inspired the direction of many of my vocal effects throughout. Kate Bush and Karin Dreijer from The Knife and Fever Ray are always influences, with their unique phrasing and vocal choices, but specifically on the tracks ‘Early Morning’ and ‘The Refugee’. The aesthetic of early New Order, when they weren’t quite sure how they would differ from Joy Division, is my favorite iteration of the band. Songs like ‘The Him’ are hypnotizing and is the closest reference to what I wanted to achieve with our song ‘Basel’. Peter Gabriel was a reference point throughout the recording of this album for both me and Terence. I’m a huge Peter Gabriel fan. We wrote a part C to our track ‘This Is’ inspired by the Gabriel-esque part Cs on songs like ‘San Jacinto’. I have always loved ‘Lose My Breath’ by My Bloody Valentine ever since Terence put it on one of the many mix tapes he made for me when we were dating. I still obsessively listen to it on loop in my car. The breathy way Bilinda Butcher sings was exactly what I wanted to achieve on our song ‘Shut Out’.” – Erica

“I was only interested in jazz when I started playing drums, and this Miles Davis track features my favorite jazz drummer, Tony Williams, I think only 19 at the time. In fact, I got into rock and roll because I realized there was a jazz drummer in a rock band: Jimmy Chamberlin with The Smashing Pumpkins. He’s certainly the drummer that’s influenced my playing the most, especially through the way approaches the kit like an instrument, pushing and pulling things with power and subtlety. The other drummer I emulate is Simone Pace of Blonde Redhead, especially his tasteful and precise integration of electronics and his approach to rhythm that is always both inventive and humble.” – Nathan

Listen to the first track from the album, “Paris,” below. The Holy Circle’s self-titled album is now available for pre-order in physical and digital formats.