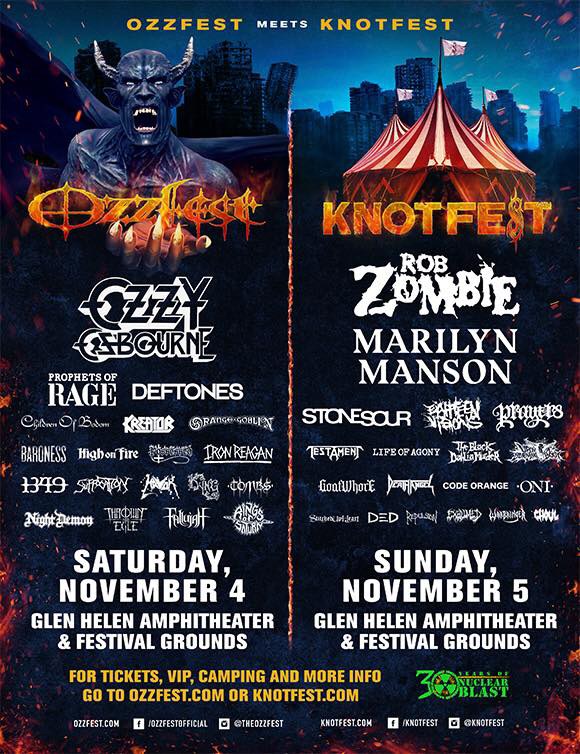 Ozzfest Meets Knotfest has just revealed its lineup for the second annual edition of the joint festival event (following last year’s installment featuring Black Sabbath, Slayer and Anthrax). It takes place on November 4 and 5 at the Glen Helen Amphitheatre and Festival Grounds in San Bernardino, California, and is being headlined by Ozzy Osbourne on the Ozzfest night (Nov. 4) and Rob Zombie on the Knotfest night (Nov. 5).

Take a look at the full lineup on the festival poster above. Tickets and other information are available at the Ozzfest meets Knotfest website.