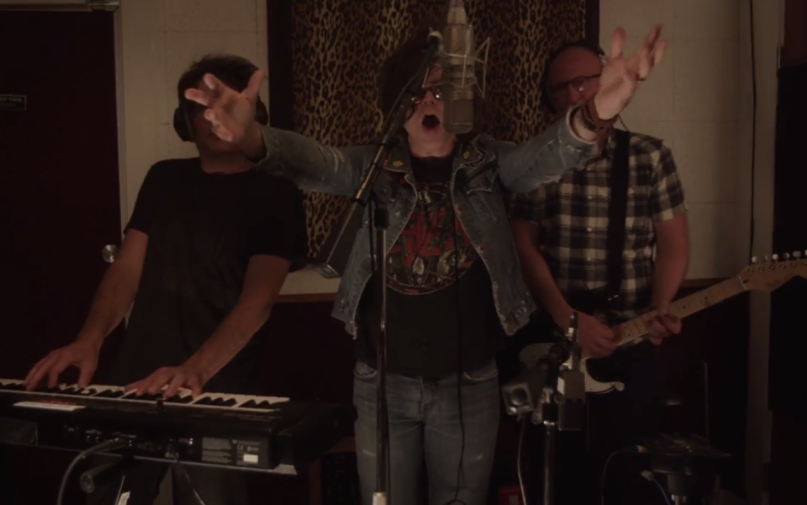 Tomorrow, Ryan Adams releases his new self-titled album via Pax Am/Blue Note. You might have noticed that it’s our Album of the Week for this week. Yeah, it’s that good. In any case, to coincide with the release of the album, Adams has released a new three-minute infomercial for the album, starring Jeff Garlin, Garry Shandling, Blue Note president Don Was and legendary singer/songwriter Bob Mould. It’s… goofy. Very goofy, which is exactly how it should be. The infomercial basically advertises Adams’ album and its power to kill parakeets. It also involves Adams recording versions of his songs with cheesy keyboards and cookie monster vocals. It’s hilarious and dumb and amazing. Watch it below.