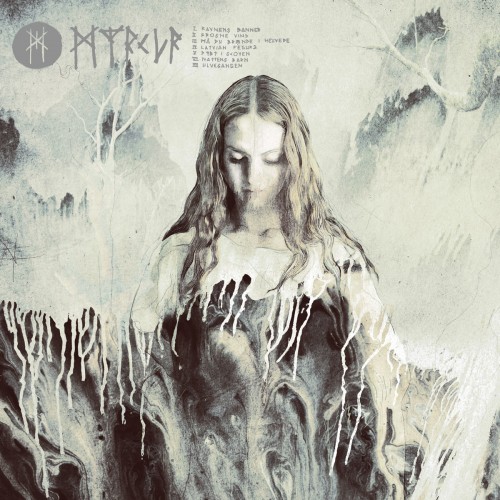 Black metal loves a good legend. Whether it’s under the guise of sacrilege via the church burnings in early ’90s Norway, made menacing via absurdly elaborate costumes a la Gorgoroth, or shrouded in mystery like the faceless ghouls in Deathspell Omega, the farther it gets from realism, the more compelling the story. And you can never really have too much mystery, especially now, when information about just about anyone is available readily via social media without too strenuous a search. But the veil of anonymity can also too easily be met with suspicion. When Danish black metal artist Myrkur released the first song from her self-titled Relapse debut, Stereogum’s Michael Nelson included her fishy backstory in a roundup of historical examples of heavy metal “catfishing.” And there’s a strong possibility that Myrkur is, in fact, also a member of an indie rock band from New York.

All of which is to say: Authenticity is a false idol if that’s where your faith lies, but the music on Myrkur’s debut is the real thing. At only 24 minutes long and with only seven tracks, it’s only an EP (but a substantial one), yet what’s contained therein is a deep, rich web of melodic black metal that balances the rawness of vintage Scandinavia with the ethereality of ’80s-era 4AD a la Cocteau Twins or A.R. Kane. The closest analogue is Bergtatt, the classic debut album by shape-shifting Norwegian band Ulver, who in 1995 paired tremolo riffs and blast beats with a melodic, almost Gregorian chant vocal style. The difference is that Myrkur’s vocals are almost exclusively gorgeous from beginning to end; there’s not a goblin croak within earshot.

It’s, frankly, refreshing to hear a black metal release that doesn’t ramp up the abrasion so explicitly. It’s no secret by now that black metal can be beautiful, and if anyone needed a strong example of that, this is a good start. The vocals that open up leadoff track “Ravnens Banner” are hypnotic, and harmonized impeccably, leading into a sudden rush of intense, lo-fi metal that achieves a melodic climax of its own, closing out with a powerful juxtaposition of distorted guitar and clean voice that essentially outdoes Alcest for its juxtaposition of dreaminess and darkness. And though Myrkur isn’t necessarily so traditional to begin with, her music grows all the more compelling the more diverse the influences that seep in. “Dybt i skoven” is a stunning goth-rock/post-punk highlight — one of the catchiest tracks of the bunch — while “Nattens Barn” has the grace and power to stand up to Deafheaven’s strongest tracks.

Myrkur ends after a fairly brief duration, but it never feels too short or slight, even though two of the seven tracks mostly serve as bridges between the longer, more fully fleshed out tracks. But then again, Bergtatt is only five tracks long, and it’s long been held as a classic of the genre (and that includes Treble’s own two cents). It’s a beautiful world that Myrkur builds up here, one that’s familiar enough to sound like black metal, but foreign enough to inject some exotic elements into a style of music that’s certainly in need of a kick below the bullet belt from time to time. I can’t really attest to how “tr00” it is, and to be honest, I don’t care. Whoever Myrkur is — a mysterious and isolated woman from Denmark, or a New York indie rocker (born in Denmark) — the music she creates speaks for itself.