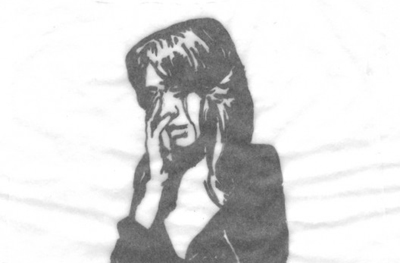 It’s getting closer and closer to summer, so the time to put together that perfect summer mix is just around the corner. We humbly offer our suggestions from some of our favorite albums of the past couple of months. There’s some badass riff rock from Red Fang, some laid back southern hip-hop from Big K.R.I.T., atmospheric indie from The Antlers, eccentric pop courtesy of tUnE-yArDs and lots of other goodies, including a pair of black metal songs that don’t quite fit the season (but they’re awesome, so prepare to be blown away). These 16 tracks are certified jams.

What we said: Standout track “Sweet 17” perfectly displays such a range, its hypnotic groove underscoring Hungtai’s leap from sometimes indecipherable croons to a climactic series of yelps of the song’s title near the track’s end.

What we said: On “Holy Holy,” a harder rocking gem and a not-so-delicate exercise in tension and restraint, Wasner transforms the title phrase into “hold me, hold me,” before later declaring “all human joy is precious/ and I for one should know this” and ultimately unleashing that joy and passion in the form of higher pitched cries in the song’s cathartic and explosive final minute.

What we said: The Pains’ second album, Belong, boasts a similar kind of dreamy, fuzzy songwriting as its predecessor, but thanks to Flood and mixer Alan Moulder, the band now sounds gigantic.

The Weeknd – “The Morning”
From House of Balloons

What we said: If it makes me uncomfortable, that’s half the thrill. Because House Of Balloons is not easy listening, despite how you’ve been pandered to; there’s a lot to unpack and most of it is emotional wreckage.

What we said: “Afterburner,” the longest track at just under seven minutes, is likewise its mightiest, its bassline and steady mid-tempo beat stirring up a danceable and hypnotic euphoria.

Eternal Tapestry – “Galactic Derelict”
From Beyond the 4th Door

What we said: “Galactic Derelict” is all about the smoky and narcotic, red-eyed moon-excursion, that is, about pummeling mind and senses into oblivion

What we said: “Powa” most closely resemble(s) Bird Brains’ more subdued approach and helps remind the listener of Garbus’ versatility as a songwriter

Red Fang – “Hank Is Dead”
From Murder the Mountains

What we said: …Red Fang is able to conjure up such perfectly piledriving standouts as “Hank Is Dead,” all headbanging pummel and punk rock intensity, its irresistible grooves capped off with singer Bryan Giles’ powerful yet streamlined croon. If any rock ‘n’ roll radio stations worth a damn still existed, they’d be wise to put that sucker on constant rotation.

What we said: His sound draws heavily from the summer evening bass-and-soul thump of late ’90s giants like Outkast and UGK, and most of the tracks here have a warm, dreamy quality despite bumping so damn hard.

What we said: The dynamic, breathtaking intro of [“Telluric Rings”] pounds with a mid-tempo, masculine energy, only partially owing its fierce power to traditional black metal while the band stretches it into their own unique, amazing shape.

What we said: Everything we’ve come to love about Fleet Foxes is here in abundance and the band’s considered approach has kept them expanding their sound in consistently rewarding ways.

What we said: The shorter, melodically brilliant “Returner” is one of the more approachable pieces, as much as that can be said about the band’s music.

Okkervil River – “Wake and Be Fine”
From I Am Very Far

What we said: The upbeat, stomping waltz of “Wake and Be Fine” is a telling first single, as the band rips through a jerky rock progression beneath Sheff bearing witness to “Villains on the creep and killers in the crowd are carving apart our childhood home.”

Gang Gang Dance – “Thru and Thru”
From Eye Contact

What we said: Gang Gang Dance save one of the album’s highest peaks for the very end with “Thru and Thru,” an eerie, exotic masterpiece that most strongly blends the band’s Far Eastern and North African influences with their more propulsive and immediate electronic pop tendencies.

The Antlers – “Hounds”
From Burst Apart

What we said: All the instruments are impeccably isolated and some new additions — organ, muted horns and bells and things — make the sound even bigger, in places, than Hospice got.

Austra – “The Beat and the Pulse”
From Feel It Break

What we said: “The Beat and the Pulse” rides a deep, industrial disco throb, layering on one chilling, mechanical piece at a time before finally welcoming a mesmerizing verse nearly two minutes into the song.