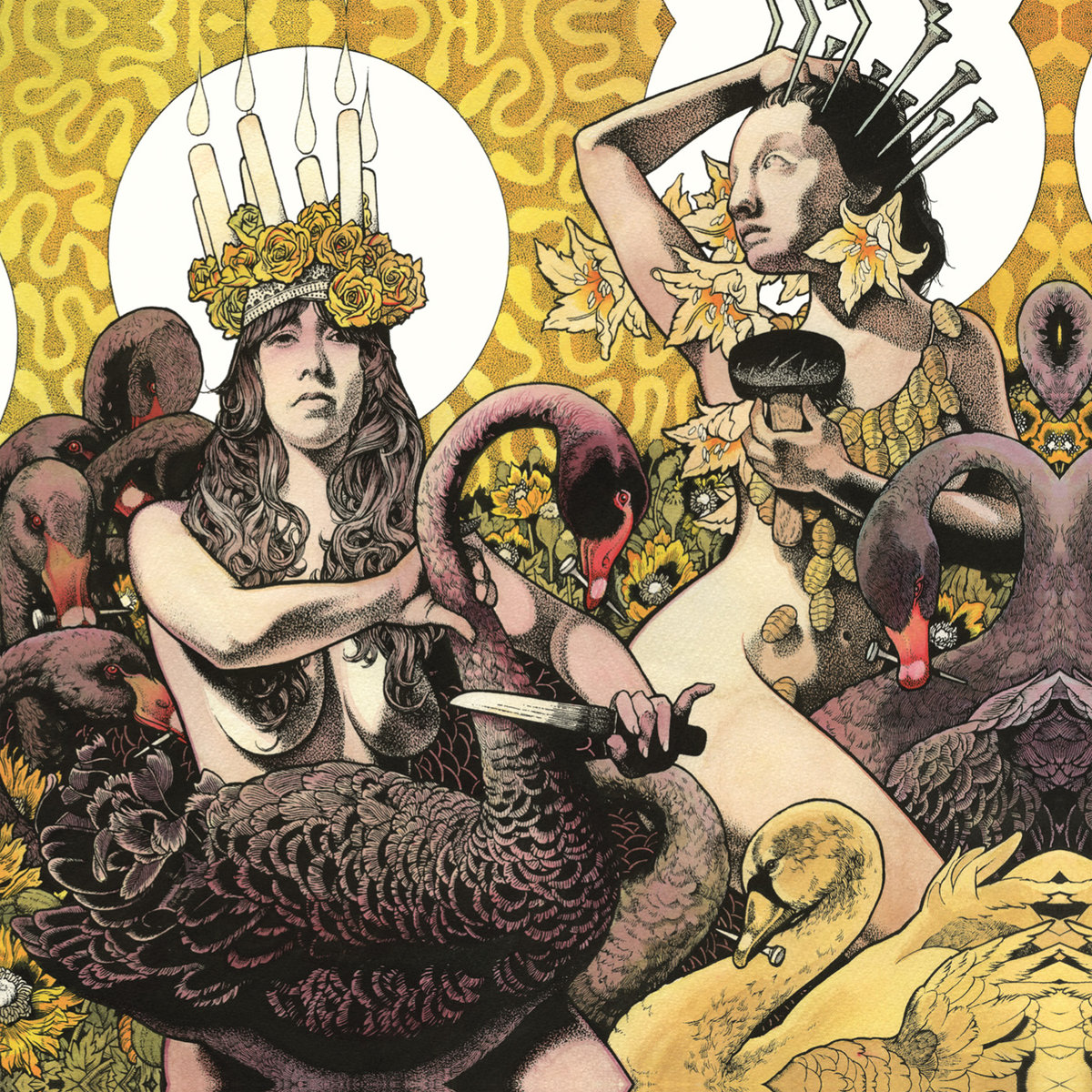 It’s only their third, but it’s still a little surprising Baroness waited this long to release a double album. The Savannah-born and -bred metal outfit has long specialized in dynamic heavy metal journeys, their four-minute rippers given enough space and volume to feel at least twice as huge (see: “The Sweetest Curse”). And given seven minutes to build an even mightier monolith, Baroness could amass an epic of Herculean proportions from their swirling psychedelic riffs to burly low-end crunch (see: “Rays On Pinion”). Yet the irony behind the group’s penchant for dramatic, sprawling songs is that most of them are lean and compact, and that their sound has evolved to become much more inclusive and varied along the way has ensured that even their longest songs are gripping enough to feel like half their length. To go the extra 40-minute mile only seems like the next logical step.

Spanning 18 tracks and two discs, Baroness’ Yellow and Green is unquestionably ambitious in scope, not only their longest album to date but one that offers their broadest range of sounds and stylistic variance, yielding some incredible surprises in the process. This, arguably, could have been a risky move for the band, given that a pretty sizable chunk of the album bears little to no resemblance to metal at all. Making such a leap, however, is essentially what makes this massive outing a successful one. There were clues all along, primarily in the progression from Red Album to Blue Record, that the group had begun a process of shedding their sludgiest, most aggressive tendencies in favor of a brighter and more expansive form of heavy psychedelia. On Yellow and Green, Baroness accelerate that metamorphosis and leave no barriers between them and their path to growth and experimentation, arriving upon not only what’s arguably the best metal-ish album of the year, but the most impressive achievement in their career.

If Yellow and Green isn’t a proper metal album—which, for all its soaring peaks and crushing volume, is mostly true—it nonetheless couldn’t be a work belonging to anyone but Baroness. The adherence to a chromatic theme, the John Dyer Baizley album art, the intertwined and intricate guitar leads, and densely layered melodies—everything about this set is characterized by a well defined identity that Baroness carved out years ago, but were smart enough never to stifle with unnecessary boundaries. And this boundlessness has never been so explicit, nor so rewardingly ballsy. A thunderous slab of stoner rock like “Take My Bones Away” and a dreamy, atmospheric dirge like “Eula” sound perfectly natural on the same LP, as do power ballad “Foolsong” and tense, sputtering alt-rock explosion “Psalms Alive.” The attempt is a mark of boldness; that they pull it off signals a mastery of their craft.

Yellow & Green is split, conveniently, into two separate halves defined not so much by concept as their sonic threads. Yellow, the dramatically louder of the two, is the half in which longtime Baroness listeners would require the least amount of adjustment, even if aesthetically it’s some distance from Blue Record. Sometimes the changes are subtle—”Take My Bones Away,” for being such a hulking beast of a rocker, finds Baizley and Pete Adams vocally harmonizing the commanding opening line, “You lead the way/ I’ll follow.” With “March to the Sea” the group grows ever more invested in melody and hooks, coming across more like Jawbox or San Diego post-hardcore vets No Knife than Mastodon, their dazzling guitar harmonies wrapping around an undeniable chorus: “You left me alone/ Tell me when I will be whole again.” There’s a dark, pulsing jangle to “Little Things,” an urgent post-punk momentum in “Sea Lungs,” and on “Cocainium,” one of the album’s most ear-popping standouts, a gradual and impeccably paced build from psychedelic mist into gorgeously shimmering verses and ultimately a stomping, riff-laden roar.

By comparison, Green is the much more spacious and mellow of the two, though in its more nuanced approach, the band stumbles upon some unexpected treasures. Its opening “Green Theme,” in the scheme of things essentially an instrumental intro, ushers in the second disc with requisite fanfare and triumph, transitioning stunningly into the catchy, booming “Board Up the House.” From here, the band eases up on the distortion dramatically, rolling into finger-picked Meat Puppets-style twang-punk on “Mtns. (The Crown & Anchor),” twangy dream-pop on “Collapse” and, after another instrumental segue, arena-filling alt-rock on “The Line Between,” made all the heavier thanks to Allen Blickle’s drum work and Baizley’s defiant bellow, “Walk the line between the righteous and the wicked/ and tomorrow, I’ll be gone.“

Guitarist Pete Adams recently told Treble, “One thing we don’t want to do is repeat ourselves.” And while their previous records each gave a glimpse of the wider scope on Yellow and Green, this album is all about breaking new ground. It’s at once more ambitious and more accessible than any of their previous records, finding a balance where one of the two opposing ideas typically wins out. The marvel of it is that, at 75 minutes long, none of it seems wasted, which means it’s already a rarity among double albums. With rock music this focused and vibrant, there’s no such thing as too much. 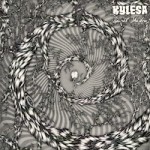 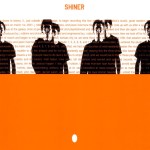