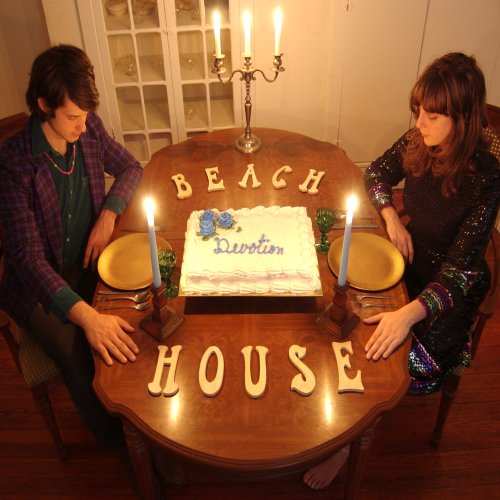 In 2007, I heard more music than in any year prior. The scope of my knowledge—or maybe more to the point, my perspective on music—significantly expanded. But lately, I can’t help but wonder how much of what I heard will still have a place in my life a year from now. There were plenty of songs released in 2007 that I will hear ten years from now and appreciate, even adore, on their own terms, not without nostalgia, but not guided by it either. However, a lot of things that I enjoyed have already reached the extent of their value for me. Not all of them were built for a short shelf life (though some seemed to be from the first listen, a quick fix, a slight satisfaction that instills the need for more of its kind), but they nevertheless seemed to exhaust themselves with each subsequent listen. This disillusionment with temporary affections has led to a contraction in my desire for new music. Not disinterest, but an adjustment of expectation. I find myself eager to feel a deeper attachment, hungry for songs and albums that inspire something akin to devotion.

Beach House‘s debut record was released in October 2006 and a few months later I picked up a copy. It ended up being the soundtrack to my winter wanderings, something I listened to mostly while on my own, a source of warmth, slowness via headphones. That slowness may be the center from which my feeling for the duo operates. When I listen to Beach House I want to listen to Beach House, not as background music to myriad activities, but closely, calmly, attentive. It is music that I want to be alone with.

Listening in this way is a form of intimacy. Intimacy is an expression of devotion.

Their second album, appositely titled Devotion, is of the same material as the first. Reverb-heavy organ drones and loose guitar lines predominate, forming the perfect complement to Victoria Legrand’s sublime vocals. The drowsy, narcotic pleasure of the whole is balanced by moments of disquiet and ghostliness. This time around the atmosphere is thicker, the recordings less skeletal, swollen to fullness. The chemistry between Legrand and Alex Scally, evident on their first album, is now deeper and more inextricable. “You Came to Me” and “Astronaut” are like labyrinths patiently woven together, full of unexpected movement, passing unexpectedly from the meditative and tranquil into the darkly dramatic. The songs are ostensibly about love, feeling and devotion, but they deal with this well-worn subject matter from odd angles.

Languid insouciance serves to manifest difficult emotions on “Turtle Island,” a song circled around a place, a phrase. “By the dark of the park, Turtle Island /I can keep you right behind me all my days in the sun,” sings Legrand, reaching back to take hold of a single memory shining amidst the dullness of others. In the end, she is reduced to a plaintive, primitive howling; her distance from the past dissolves in the instant that it, that same past, is most irretrievable.

On their first album, Beach House often made vulnerability felt—gave it a visceral charge. But with Devotion, something striking appears. That same vulnerability now feels like strength or force. Strength through the musical rendering of vulnerability; through the excavation and magnification of past moments and dreams for the future; through the admission of the unfettered desire for love, to feel and to act on feeling, recklessly, as it often seems from afar. As Haruki Murakami writes of Lauren Bacall’s performance in Key Largo, Victoria Legrand’s voice, her voice and her phrasing, is practically allegorical. She constantly expresses things beyond what she makes overt.

This ability puts her in the best of company. It sets me to thinking about great soul singers—Solomon Burke, Irma Thomas, Ann Peebles, Syl Johnson, to take a few—who could take the most simple of lyrics and transform them into something vivid and authentically affecting. Legrand’s lyrics are certainly more nuanced, less literally addressed to specific events, but the way she breathes life into the words is analogous. “D.A.R.L.I.N.G.” is exemplary. The title is a word—altered by periods—which has been trampled into meaninglessness by the weight of cliché that it accommodates. Yet, when Legrand sings it, letter by letter, it seems to convey all of those things that are nearly impossible to convey in language. It is reborn as a word capable of communicating devotion.

“D.A.R.L.I.N.G.” is perfectly realized as a hypnotic testament to the enduring desire for lasting relationships, for a narrative made for two. In this it is much like the album of which it is part. The songs on Devotion form a unity. Each would alter meaning if torn from the whole, just as Legrand’s voice would be transfigured outside the fecund world she and Scally conjure. This world grows in dimension with each listen, as the songs bleed into one another and out into the everyday world, which in turn reenters the songs in new ways. In this way it remains vital. It remains cause for devotion.