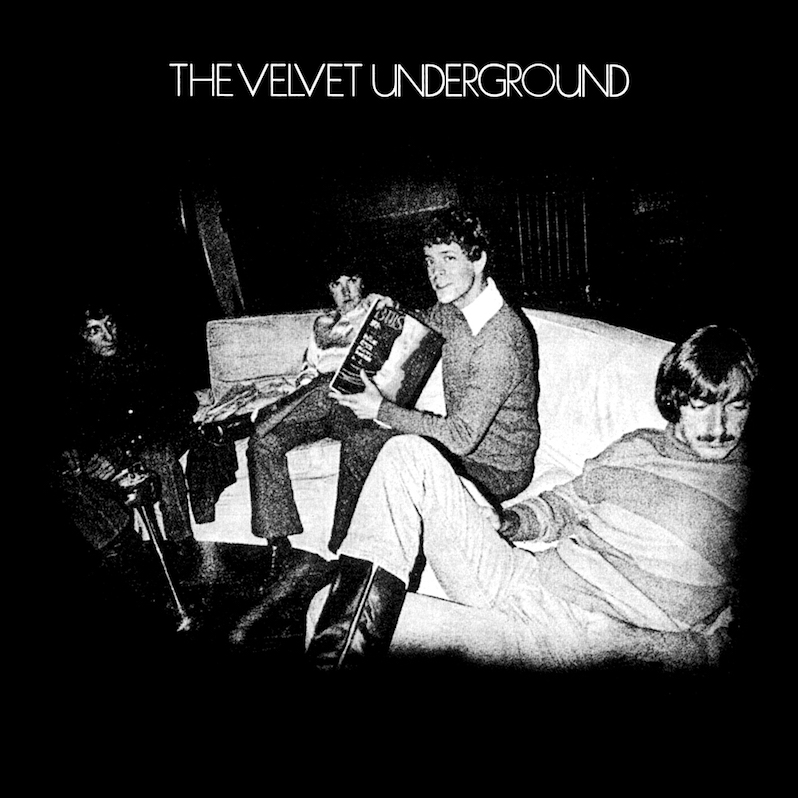 Doug Yule sings, “Candy says, I’ve come to hate my body, and all that it requires in this world.” A guitar line weaves up and down a few notes in tight sequence. A bass holds onto the rhythm with anticipation. The drum keeps the heart beat.

In this moment of startling quiet, The Velvet Underground locate the soul of absolute depression and desperation. When Yule struggles to reach the high note in the chorus, it hits harder than if a singer with a larger range had taken the song. The imperfection makes it all the more devastating. And this where the 1969 Velvet Underground self-titled album begins.

The mythos of every Velvet Underground record precedes the actual music. The legend for this one is simple: after the wildly experimental White Light/White Heat, bandleader Lou Reed was tired of making noise. He wanted to record something accessible. So the driving creative force behind that record, John Cale, was exorcised from the band, and Reed hired Doug Yule, who would play bass and organ on their new release.

This “accessibility” is undermined by the pace of the record. The Velvet Underground is slow, which is the most noticeable quality on first listen. Almost half the record is under 100 BPM. And the songs that are more upbeat? They have finely observed, existentialist lyrics like “Some kinds of love, Marguerita told Tom/Between thought and expression lies a lifetime.” Of course this had no place on the radio.

But the album also struggles for a place in the history of the band. The Velvet Underground & Nico is iconic, White Light/White Heat is weirder and Loaded has the band’s biggest song, “Sweet Jane.” The Velvet Underground doesn’t try very hard to make a case for itself. It’s an insular record, and far from showy. But it’s powerful even today, maybe because it still feels like a discovery.

The songs of The Velvet Underground are all built on just a few looping elements. A guitar riff, a drum pattern, a bass line; they each build a kind of repetitive hypnotism. “What Goes On” is built off the power chords of an organ, “Pale Blue Eyes” quivers with the shake of a tambourine, and when listening to “After Hours,” it’s easy to imagine a three year old dancing to the bounce of that bass.

A certain kind of complacent melancholy is the primary feeling of The Velvet Underground. The narrators of these songs are sad but they aren’t trying to feel any different, not really. There are a few Lou Reed-isms here (“That’s the difference between wrong and right, But Billy said, ‘Both those words are dead’” and “Like a dirty French novel, combines the absurd with the vulgar”) and the choruses might suggest happiness, but largely, the clever is abandoned for the tragic. Sure, the narrator of “What Goes On” says “you’ll know you’ll be alright,” but in the verses, his anguish seeps through the cracks. Most pointedly, he keeps coming back to the phrase “I think I’m falling down.” In “Pale Blue Eyes,” Reed assures his lover to “linger on,” but he comes to the conclusion that their love is “a sin.” And of course, “Beginning to See The Light” ends with a refrain crooned as if Yule truly doesn’t know the answer: “how does it feel to be loved?”

Hand in hand, the sadness and slowness should be impossible to stomach. But the relative accessibility makes it work. There is an underlying desperation in almost every pop song; Reed was just smart enough to foreground the feeling here. The honey dripping guitar solo of “I’m Set Free” and harmonies in the hook of “Jesus” hit moments of such excellent rock songwriting

***
Buy this record at Turntable Lab