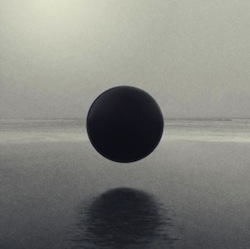 In 2011, Montreal’s Braids released an album in the winter that sounded a lot like summer. Their debut, Native Speaker, swirled with playful exuberance, each psychedelic pop gem on the record overflowing with equal parts joy and mischief. It’s no wonder that the album received so many comparisons to Animal Collective — Braids very much shared that band’s penchant for skipping, sputtering rhythms, campfire singalong melodies and the occasional giddy yelp. Certainly, Native Speaker bore a pretty strong resemblance to Feels at times, but they went well beyond that, incorporating some heady electronic elements, a fun pop sensibility and the occasional flirtation with disco. Add to that the fact that the first song on the album is called “Lemonade,” and it’s essentially set for rotation on a summer road trip soundtrack.

In 2013, Braids have returned with an album, released in the summer, that sounds like winter. Now a trio, after the departure of founding member Katie Lee, the Canadian group has seen their music veer in a direction far off from where they previously held their lemonade socials and campfire yelps. It’s a much frostier place, with more open space and longer periods of darkness. Even the cover art of Flourish // Perish, depicting a floating orb over a body of water, feels more chilly and distant. This is a drastic change from the buoyant and youthful troupe that came frolicking out of the north two years ago. And it’s very much a change for the better.

Precipitating the sonic transformation the band undertook is their decision to use guitars in a more sparing capacity. Only closing track “In Kind” features any guitars at all, and even then, they blend into a mostly electronic landscape. And that very track also happens to be the lead single, despite its seven-plus-minute length and closer adherence to artists like Björk and Sigur Rós, which lend it a mesmerizing ambience rather than outright immediacy. It suits them; Braids are a fine enough pop group, but their icier textures pay off in surprising ways, with typewriter-return electronic beats that lend the album the sense of being closer to IDM than indie rock. The hypnotic pulses of “Amends” approximate The Field in a pop context, whereas the synth clouds that envelop opening track “Victoria” find their closest kin in the hazy dystopian landscape of Boards of Canada’s Tomorrow’s Harvest.

Providing a curiously compelling counterpoint to the icy, synth-based melodies is Austin Tufts’ drums, which reveal him as a much more deft percussionist than their debut let on. And for her part, Raphaelle Standell-Preston has matured into an even more impressive vocalist, so the combination of her Kate Bush-like vocal theatrics and Tufts’ jazzy sputter on “Freund” makes for a gorgeous contrast. There’s a similarly stunning combination on “December,” in which Standell-Preston offers a more dynamic vocal take, while Tufts manages to pull off a wonderfully organic glitch sound. The developments that Braids have taken on Flourish // Perish find the band seeking out subtler spaces, as well as more vast and oblique ones. It’s an album as likely to floor the listener as it is to lull him into a blissful hypnosis, depending on the level of engagement. There’s a lot going on beneath its glacial surface — its breathtaking, beautiful, nearly flawless surface.