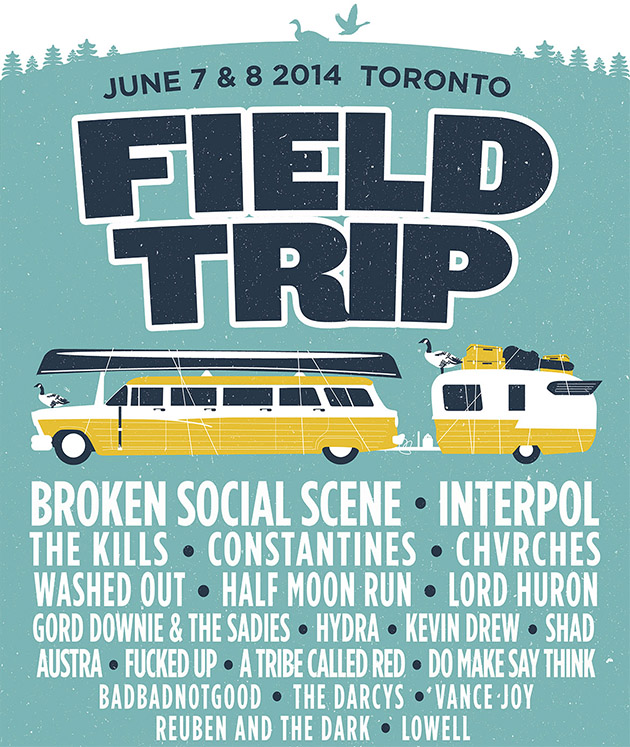 Just a few days ago, Toronto’s Constantines announced that they’re getting back together for the 11th anniversary of their album Shine A Light, which is a thing bands do sometimes, usually a year earlier. And now there’s at least one tour date on their itinerary: The Arts & Crafts Field Trip. The annual festival, organized by Canada indie rock label Arts & Crafts, will feature the Cons in addition to Broken Social Scene and Fucked Up (two bands that have threatened break-ups before without really committing to it), Interpol, Chvrches, The Kills, Washed Out, Shad, Austra, Do Make Say Think, Lord Huron, Kevin Drew and more.

The full lineup is on the poster above. The Arts & Crafts Field Trip takes place June 7-8 at Fort York and Garrison Common in Toronto, Ontario, Canada.