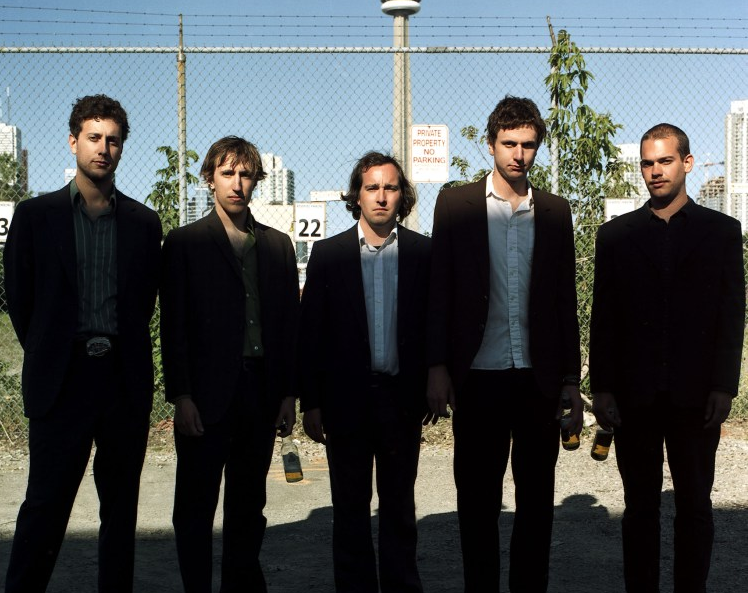 File this one under unexpectedly awesome news: This summer, we’re getting a Constantines reunion. The Toronto indie rockers, who were often compared to both Fugazi and Bruce Springsteen, announced via their blog that they’ll be getting back together this summer for a tour, which will coincide with an 11th anniversary reissue of their 2003 album Shine A Light. The dates of the tour haven’t been announced yet, nor has the release date for the reissue, but singer Bry Webb did write a long and earnest statement about the band’s return on the Constantines blog.

“I believe it had to happen this way,” Webb writes. “We each had to figure some shit out on our own.  The six months after the Cons stopped playing was one of the most fucked up periods in my life.  I realized pretty quickly that I didn’t really know how to play music outside of The Constantines.  We had learned to be musicians together.  There were no real goodbyes, but there was a complicated mourning process, figuring out that there were other things to devote oneself to.  Trying to write a resume was a nightmare.  Life went on.”

The band released four albums during their time together — 2003’s Shine a Light, 2000’s The Constantines, 2005’s Tournament of Hearts and 2008’s Kensington Heights. In 2010, The Constantines called it quits. But man, it’ll be nice to a Constantines reunion actually happen.