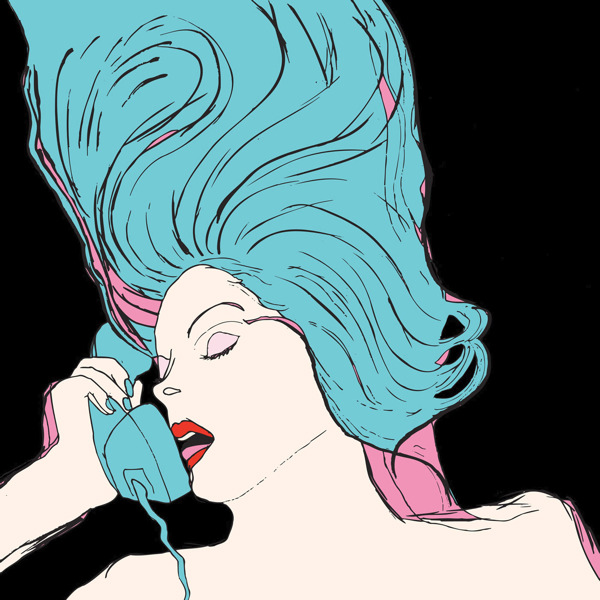 It’s not often that a noise-punk band sacrifices their scruffy, abrasive approach for a streamlined, sexy disco sound, but in the case of Portland’s Chromatics, it’s not only a welcome transformation but a revelation. Essentially a different band when they released Plaster Hounds in 2004, Adam Miller’s churning Drive Like Jehu-inspired punk powerhouse dissolved shortly after the release of that album, but Miller kept the name and soldiered on, eventually teaming up with Glass Candy’s Johnny Jewel and vocalist Ruth Radelet. With the new lineup, the trio ushered in a new sound, one less informed by power chords and feedback, instead opting for a sleek, late night disco pop approach. While this shift, for some, would raise the question as to why they would make such a drastic change, the better question is why they hadn’t done so sooner.

Night Drive, the first full-length album with the group’s new lineup, is a gorgeous and minimal album of disco beats and cleanly plucked guitars, ethereal synthesizers and seductive vocals. Billed as a soundtrack to a film that doesn’t exist, Night Drive lives up to the imagery its name suggests. This is an album of city lights blurring in rearview mirrors, and slow raindrops trickling across windshields. Yet it’s also a dance album, and a beautiful one at that. It’s not overly lush, nor painfully spare, but rather exposes just enough to titillate.

With the echoing kick of a drum machine, the title track pushes into gear, with glossy guitar riffs cascading over minimal synth. As Radelet coos, “little stranger, bring my baby back to me,” the only realistic reaction one could possibly have is to melt at the sound of her silken voice. “I Want Your Love” is a little more Moroder (a little) and a little less Cure, throbbing synth basslines and reverberating piano pulsating over the course of its six minutes and 40 seconds. The group’s cover of Kate Bush’s “Running Up That Hill” is absolutely stunning, much more stripped down than Bush’s original, but retaining the gorgeousness of the melody. The most urgent dance anthem on the album is “Mask,” icy but catchy, powerful but distant; it’s that rare deep cut that you begin to look forward to as soon as you press play, patiently waiting, yet celebrating each track on the way. That isn’t to say that the sinister “Healer” or the more ambient “Tomorrow Is So Far Away” and “Let’s Make This a Moment To Remember” deserve any less praise, as they, likewise, are fantastic.

The evolution of Chromatics hasn’t been gradual or, by any means, predictable. Night Drive is a drastic departure for the group, and a thrilling surprise. Depending on your perception, however, this may or may not be the work of a completely new band. It certainly sounds that way, and that’s what matters most. Expectations don’t really matter if the music is good, and Night Drive, for the record, is great.

Label: Italians Do It Better

Junior Boys – So This is Goodbye