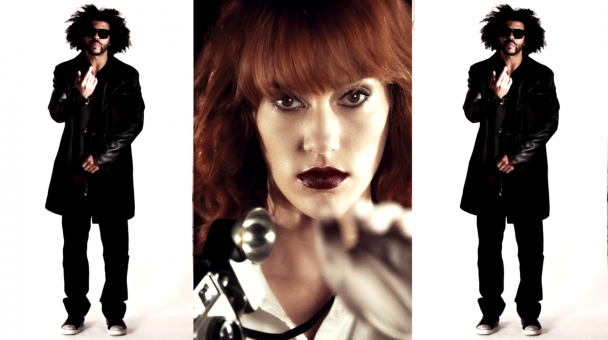 “Body and Blood,” the first proper song (and second track) on clipping.’s new album CLPPNG, is a pretty intense banger of a tune. So it only seems appropriate that the track is treated to an equally intense video, directed by Patrick Kennelly. It’s not for the squeamish, nor for those who are uncomfortable with nude bodies — both male and female, with different body types, including male and female bodybuilders. It begins with a badass femme fatale type who pulls on some latex gloves and pulls out a camera, at which point the viewer is treated to a lot of nude bodies, and some implied scenes of torture. Let’s just say it’s probably for the best that we don’t actually see where that drill is headed. Watch the clip below.